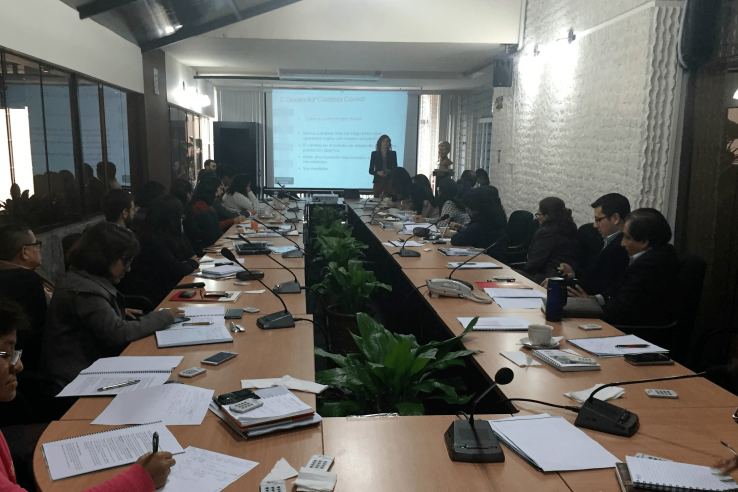 Public servants from MIMP (Peru) participate in a training by IPA and J-PAL in 2016.
Photo: IPA/J-PAL

Gender-based violence (GBV) is a pressing issue in Peru, as well as in the rest of Latin America and the Caribbean. In Peru, in 2018, 38 percent of 15–49 year old women reported they had suffered physical and/or sexual intimate partner violence (IPV) at some point in their lives. Also in 2018, 121 women were killed by their current or former intimate partner and almost one in 100,000 died in a gender-related homicide. Lockdowns during the Covid-19 pandemic did not help: During 2020, the Ministry of Women and Vulnerable Populations (MIMP) hotline for domestic or sexual violence received almost two times as many reports as compared to the previous year.

How can we identify the best strategies to confront GBV? With this question in mind, in 2016 MIMP, Innovations for Poverty Action (IPA) Peru, and J-PAL LAC launched a collaboration to develop a learning cycle for institutionalization of evidence-informed decision-making in Peru.

This learning cycle involves diagnosing the problem and gathering the related evidence, designing and evaluating interventions that address it, and using the results to inform policy decisions. Additionally, it is important to ensure that local teams have the capacity to participate actively in the different stages of this cycle.

Following this framework, the three partners in this effort and researchers have completed or are in the process of carrying out several activities, such as:

The interventions being tested

The first is Leaders in Action, a two-year long community-based intervention. During the course, two leaders per village take part in trainings in “soft skills” and discuss topics such as beliefs and stereotypes surrounding gender roles, norms regarding violence, and strategies to identify and prevent GBV. This follows a “train the trainers” model: Once the training is over, the leaders guide five additional training sessions in their communities, enlarging the pool of community volunteers per village. Finally, leaders and volunteers under the coordination of the MIMP execute training sessions and workshops, awareness and mobilization campaigns, and door-to-door visits to change social norms and attitudes around GBV.

The program, which is currently operating at large scale and could be expanded further, began in 2018 by identifying women at risk of violence and running a baseline survey. Once the target households were defined, the leaders and volunteers started the door-to-door campaign to monitor the incidence of GBV, spot potential cases of violence, encourage take-up of existing support services, and change social norms around GBV through an eight-session training.

In 2019, in the same vein as Leaders in Action, the institutions and researchers designed an impact evaluation and baseline data collection of another flagship domestic violence program run by the government, Men for Equality (MFE). This program targets men across the country to change incidence of IPV and the gender norms around it by training male volunteers to deliver peer-to-peer workshops and home gender sensitization training.

In addition to limiting physical contact, the Covid-19 pandemic has added different kinds of pressure to households—such as financial stress, unemployment, and food insecurity—which have the potential to trigger domestic conflicts. Therefore, in 2020, MIMP temporarily paused its in-person interventions and worked on designing a bundle of interventions to be delivered remotely to individuals at risk of experiencing or perpetrating domestic violence, including awareness and information campaigns delivered via text messages and street-level information campaigns.

As part of those programs, the three organizations proposed to co-create and evaluate an awareness campaign delivered via text messages, targeted specifically to men at risk of perpetrating IPV. The campaign drew on psychological interventions designed to better manage impulse control and channel emotional outbursts in order to mitigate episodes of violence. The proposed intervention and evaluation work with the same male trainers and peers as the MFE.

Along with this intervention, and in collaboration with the International Rescue Committee, USAID-DIV, and the Inter-American Development Bank, we are currently replicating a program that builds on behavioral science findings by capitalizing on men’s existing aspirational identities to encourage positive behavior change. The Real Man Challenge ("Hablemos Entre Patas" in Spanish), which is based on an intervention implemented in Liberia and was previously tested in Uganda, is delivered via WhatsApp by a set of trained male monitors to a group of nearly fifty men from their personal network. Over the course of thirty days, each host shares daily behavioral skill-building challenges on relationships and households, and moderates group discussions to improve relationship dynamics, reduce violence, and change men’s attitudes towards violence against women.

The results of the evaluations are forthcoming. Once that information is available and made public, policymakers can take it into account to improve—and perhaps eventually scale—the programs.

This collaboration, which was recently renewed for the next three years, exemplifies how to address pressing issues with evidence and collaboration between academia, government, and civil society. Following a learning cycle is an excellent way to incorporate evidence into decision-making processes, and organizations like J-PAL and IPA are well positioned to support governments in the process of creating a culture of evidence use. Additionally, this process is generating new insights on how to continue fighting gender-based violence in Peru and similar contexts.

This blog post is part of a blog series commemorating International Women’s Day, which took place in March 2022. Sign up here to receive a notification when new pieces are published and check out the first and second blog posts in the series. We want to thank Isabela Salgado for her input on this piece. 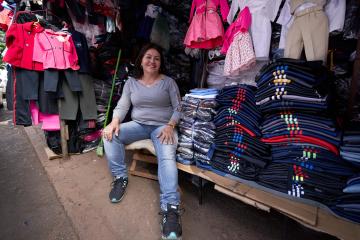 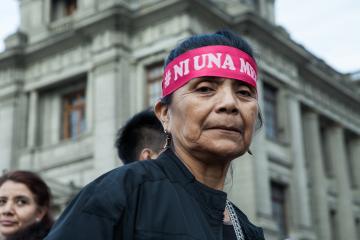 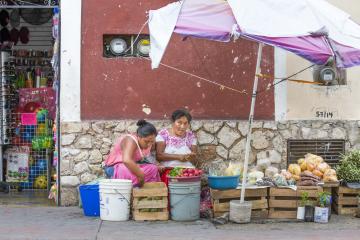