Youth unemployment is an acute problem in Latin America. Researchers introduced a soft skills component into a vocational training program in the Dominican Republic to assess the interaction between job and soft skills training on labor market outcomes and expectations. Women experienced increased employment rates and wages in the short term. While these effects dissipated over time, women experienced sustained improvements in their level of life skills and optimism about the future. Men, on the other hand, experienced negative or no impacts on employment rates and wages in the short term, and no effects in the long term. The training programs also worsened men’s expectations in the long term.

Youth unemployment is an acute problem in Latin America, particularly for those at the lower end of the income distribution. Lack of skills is often thought to be one of the key determinants of youth unemployment, which could be addressed through vocational training. However, several factors could diminish the efficacy of these trainings. First, vocational training programs may be unsuccessful if the labor market does not value the specific skills taught. Or, if the curricula focuses on technical skills while youth lack important “soft” personal and social skills, the training may not make participants more desirable as employees. Another concern is that these programs might falsely raise youths’ expectations about their future job prospects. If their higher expectations are not met, youth may become discouraged. Despite the pervasiveness of job training programs for youth in developing countries, research on their effectiveness is inconclusive in this context.

This study took place in 2009 among eligible applicants of Programa Juventud y Empleo (PJyE), a program facilitated by the Dominican Republic’s Ministry of Labor and designed to improve the employment opportunities of youth. Between 2002 and 2013, PJyE conducted 3,627 training courses with 72,500 youth. Eligible program applicants were between the ages of 16 and 29, unemployed or underemployed, had not completed secondary school, and belonged to households with a per capita income below US$120 per month. Women received special encouragement to enroll. About 60 percent of the more than 20,000 applicants in 2009 reported being unemployed during the week before their application, whereas the national labor force survey reported 24 percent unemployment for the same age group in the first half of 2009. Participants were on average about 21 years old and had nearly ten years of schooling. 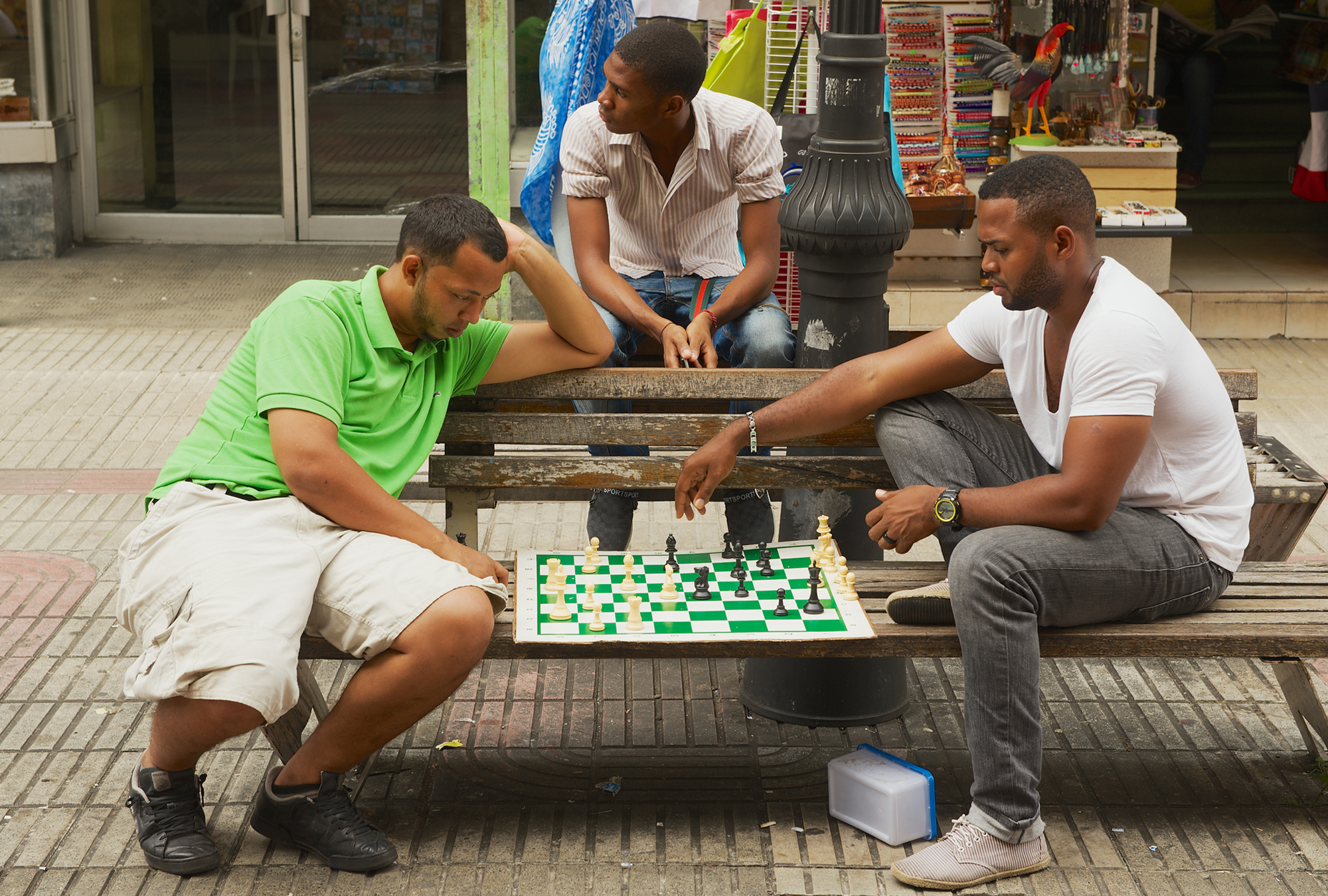 Researchers partnered with the Dominican Republic’s Ministry of Labor and the World Bank to conduct a randomized evaluation to test the impact of PJyE, and in particular its soft skills component, on future expectations and labor market outcomes of youth in the Dominican Republic. Eligible applicants who enrolled for the program in two periods of 2009 were randomly assigned to one of two program variations or a comparison group. The final sample for which researchers collected data consisted of 1,051 males and 1,728 females.

Eligible applicants randomly assigned to enroll in the first program variation received access to both hard and soft skills training and an internship. Those randomly assigned to the second program variation were offered only soft skills training and an internship. The remaining eligible applicants formed the comparison group, which did not receive the program.

The vocational, or hard skills, training module included 150 hours of training in an occupation such as sales, beauty salon assistantship, or carpentry. The soft skills component consisted of 75 hours focused on promoting qualities such as self-esteem, communication skills, conflict resolution, and life planning. After the in-classroom training phase, all participants were assigned to 240-hour internships at private companies, for which participants received a daily stipend of around US$2 and basic insurance. Private institutions, rather than employers, provided the classroom training and arranged for internships.

To measure the impact of the program on employment outcomes and expectations, researchers conducted surveys within the first year of completing the program and a survey over three years after the program’s completion.

Overall, the program had positive and lasting effects on skills acquisition and expectations for women. While the program made women more optimistic both one and three years later, it had negative impacts on men’s expectations in the long term. Female participants experienced increased employment rates, earnings, and job satisfaction one year later while men experienced negative or no impacts on employment. Three years after the end of the program, any impacts on employment outcomes had dissipated for both genders.

Skill acquisition: The combined vocational and soft skills training had strong and lasting effects on personal skill acquisition for women. Three years after the program, women in this group exhibited higher levels of soft skills than those in the comparison group, improving by an average of 0.1 standard deviations on a range of different soft skills. Neither program impacted men’s long-run soft skill development.

Labor market outcomes: Women and men experienced different short-run labor market outcomes. In the 12-month period after the program, female participants of both programs experienced increased employment rates, earnings, and job satisfaction, while results for men differed between the two programs. Women in either program were on average 5.9 percentage points more likely to be employed (a 26.8 percent increase), and there was no difference in this outcome between women in the two variants of the program. Women’s salaries were about 17 percent higher across the two programs. For men, the combined vocational and soft skills treatment reduced their probability of being employed by 0.11 percentage points (a 20 percent decrease). Men in the soft-skills only group experienced no employment impact. Neither treatment impacted men’s salaries or job satisfaction.

After three years, the employment impact of the program dissipated; neither program had lasting effects on the probability of working or the quality of employment for women or men.

These results suggest that women benefited from both the soft and hard skills components of the training, and that the positive effects on expectations were further reinforced by the short-run improvements on employment outcomes. For men, however, their increased employment expectations in the short run did not materialize, possibly because they did not acquire skills from the training. These unmet expectations may have led to their worsened well-being in the long run. More research is needed to identify and assess strategies to mitigate potential downsides to employment training programs.