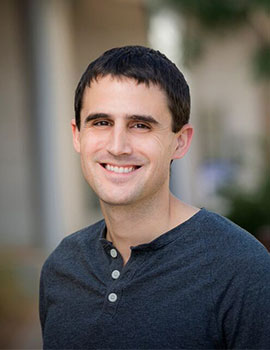 We will be running the first large-scale, long-term RCT of a universal basic income… I think it could end up being among the most important things we do.

Pretty simple logic: I wanted to solve big social problems, and I liked math. A few of my teachers had a big impact–thanks especially to Ashok Rai (Williams) and Markus Mobius (Microsoft Research).

At GiveDirectly we will be running the first large-scale, long-term RCT of a universal basic income [project]. This is an idea with tremendous resonance and controversy right now, and sadly, there is very little evidence on the basic questions. I think it could end up being among the most important things we do, and am excited to work on it with a great team: Abhijit Banerjee (MIT), Michael Faye (Co-founder and Chairman, GiveDirectly), Alan Kreuger (Princeton), and Tavneet Suri (MIT).

What is your “dream evaluation”? (It doesn’t have to be feasible!)

I'm working on it right now! If I had a different dream, I'd be working on that instead. For fun, though, I would like someone to do an RCT of exposure to Tony Robbins.

I've allegedly told a few stories about Karthik Muralidharan's foibles, so let me tell one about how great he is. Karthik went in to share results from one of our RCTs with the Chief Secretary of Andhra Pradesh, India, at a time when the Government was under some political pressure to scrap the Biometric Smartcards program. As Karthik tells it, he showed forty pages of regression results, and then added one slide at the end that said 91 percent of people preferred the new biometric smartcards system to the status quo. The last slide won the day, and the government of Andhra Pradesh kept the program. By my estimate, the smartcards program redistributes as much as US $1 billion per year to the rural poor. So: the lessons from this experience are: (1) Work with Karthik, and (2) Impacts matter, but so do votes.

My broad ambition is that we find ways to get better at the organizational aspects of doing research. J-PAL has really shouldered this load, and thank goodness, because a typical project these days could involve building a 200-person organization in a month, and who leaves graduate school knowing how to do that? But I think we'll also need different skillsets among PI teams. This will also help with external validity, as once we have tried to scale something ourselves, we'll have more of an eye as to which types of projects have a realistic chance of scaling and which do not.

News
Researchers Find A Remarkable Ripple Effect When You Give Cash To Poor Families
An Experiment Gives Cash Aid To The Poor. Is That Ethical?
The UBI Debate: What We Know – and Don’t Know – About Universal Basic Income
Is Guaranteed Income for All the Answer to Joblessness and Poverty?
Smartcards for smarter payments
Basic income could transform society. But first, it needs to be tested.
Cash as Capital
Early insights from the first field test of universal basic income
Financial inclusion for the poor: Using RCTs for effective program design
What a $25m grant will mean for cash transfers to the poor
Lessons from Andhra Pradesh: building state capacities for welfare
More evidence that giving poor people money is a great cure for poverty
Show them the money
UPA is not able to take credit for what it has done
Why India needs Aadhaar
Smart cards cut fund leakage by 12 percent
Smartcards safeguard NREGS funds
Charity begins on your phone: East Africans buoyed by novel way of giving
Audio: Money for nothing and your cows for free
Can 4 Economists Build the Most Economically Efficient Charity Ever?
Mobile Money and Direct Cash Transfers
Mobile phones allow for direct aid to the poor
What determines MGNREGA wages?
Evaluaciones
Using Cell Phones to Monitor the Delivery of Government Payments to Farmers in India
The Effects of a Universal Basic Income in Kenya
The Impact of Unconditional Cash Transfers on General Welfare and Local Public Finance in Kenya
The Impact of Cash vs. In-Kind Transfers on Food Security in India
Evaluating Alternative Cash Transfer Designs in Kenya Using Behavioral Economics
Improving Governance Through Biometric Authentication and Secure Payments in India
Publicaciones
General Equilibrium Effects of Cash Transfers: Experimental Evidence from Kenya
Improving Last-Mile Service Delivery using Phone-Based Monitoring
Smartcards for Smarter Payments
General Equilibrium Effects of (Improving) Public Employment Programs: Experimental Evidence from India
Building State Capacity: Evidence from Biometric Smartcards in India