Weather shocks are a persistent challenge in India and other South Asian countries that rely on rain fed agriculture. Researchers are testing the impact that stress-tolerant seeds, which have better yields than conventional varieties under weather shocks, affect landless laborers.

Weather shocks are a persistent challenge in India and other South Asian countries that rely on rain fed agriculture. These shocks adversely affect yields, reducing the demand for labor, in particular for harvesting. This may induce a decline in wages when landless laborers have limited geographical mobility. While research has previously shown that risk-mitigating crops, such as stress tolerant seeds, have better yields than conventional varieties during weather shocks and benefit landholding farmers, little research has been done on the impact they have among landless laborers.

Farmers in Jharkhand, India face frequent droughts. Severe droughts can lead to crop losses of up to forty percent. A new variety of rice – IR64 Drought – is drought-tolerant and has no other trade-offs when compared with the traditional IR64 variety. In test plots, IR64 Drought had yield advantages ranging from 20-115 percent. 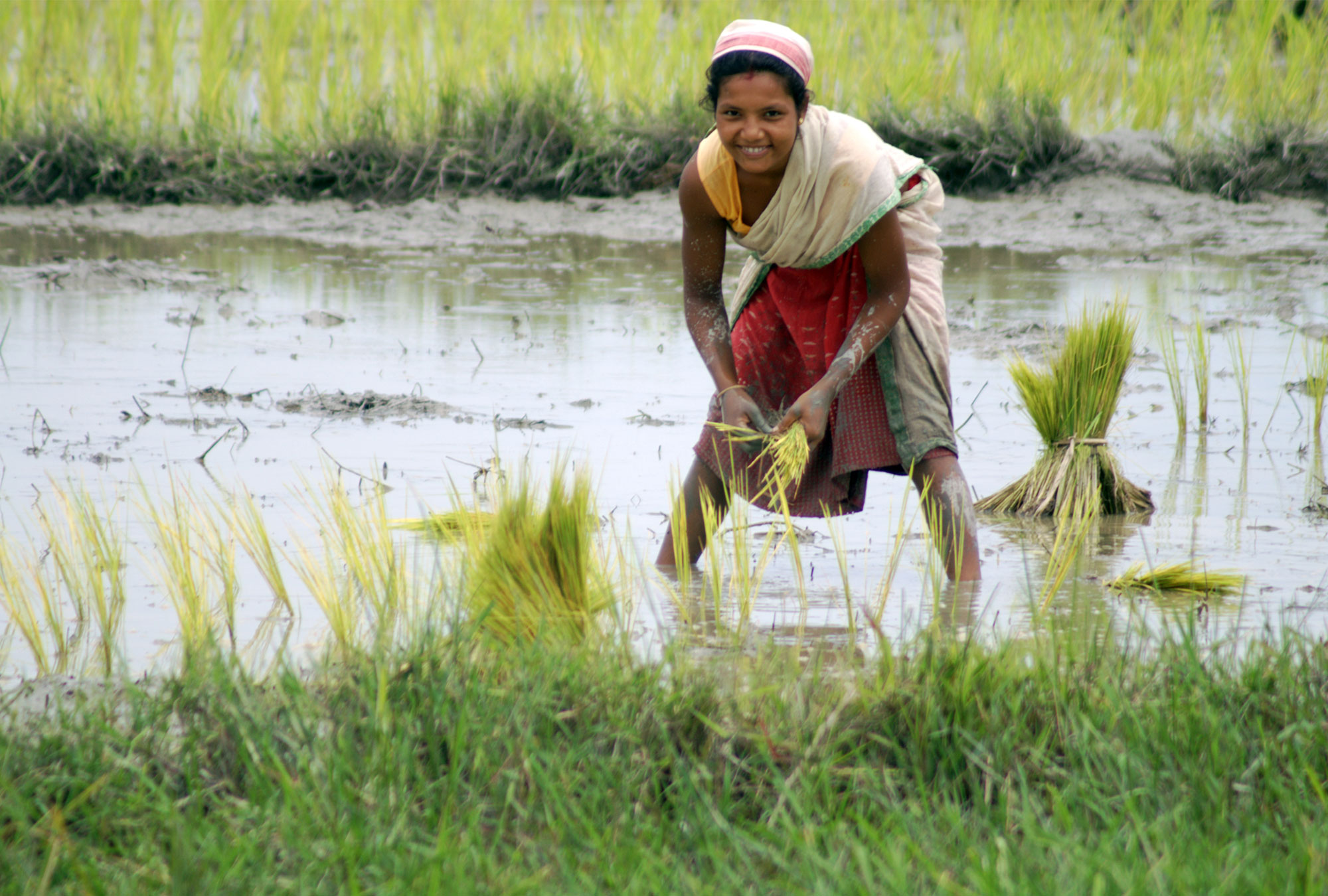 Researchers, in collaboration with the International Rice Research Institute (IRRI), are evaluating the impact of IR64 Drought on landowners and landless laborers. In 200 villages in Jharkhand, researchers will identify 20 cultivators (400 total) and 10 landless laborers (200 total). Villages will then be randomly assigned to either the treatment or comparison group. Farmers in the treatment village will receive a 2kg packet of IR64 Drought seeds. Each packet is expected to yield at least 100kg of new seeds for the new growing season, and farmers are expected to trade a portion of these seeds with at least two other farmers in their village. Farmers in the comparison villages receive 2kg packets of the basic IR64 seeds and have the same expectation of seed distribution as those in treatment villages.

Over the next three years, researchers will conduct phone interviews with laborers and cultivators during four peak points of the season in terms of labor use to determine the impact on local labor markets. Researchers will keep track of daily wages, hours worked, employers, and tasks completed. Data will also be collected on crop yields and the dissemination of seeds to other village farmers.