While many programs exist to support and encourage young entrepreneurs in France, little evidence exists on the most effective ways to support youth in creating businesses and organizations. Researchers evaluated the impact of a program aiming to develop the autonomy and decision-making skills of young people interested in starting a company or organization. They found that the program had positive impacts on the employment status, income, and overall confidence of the participants.

In areas with high unemployment, young people often lack access to steady jobs. Instead, some might turn to entrepreneurship as a means of supporting themselves. However, starting a business or organization can be difficult for youth who have fewer financial resources, less social capital, and fewer technical skills. Although many programs exist to support and encourage young entrepreneurs in France, little evidence exists on the most effective ways to support youth in creating businesses and organizations. Do young people benefit more from specific advice on how to run a business, or from general lessons about decision-making?

According to the National Observatory of Sensitive Urban Areas (ONZUS), around 40 percent of young people aged 15-24 in underserved communities in France were unemployed during the time of the intervention’s implementation in 2013. The program targeted these youth, specifically, as 55 percent of participants were under the age of 26 and 44 percent came from underserved neighborhoods. Around two-thirds were seeking state assistance with employment.

To increase employment among young people (including school dropouts), the French government runs a series of “local missions” in underprivileged urban and suburban areas. These missions provide vocational skills training and financial support to local youth. 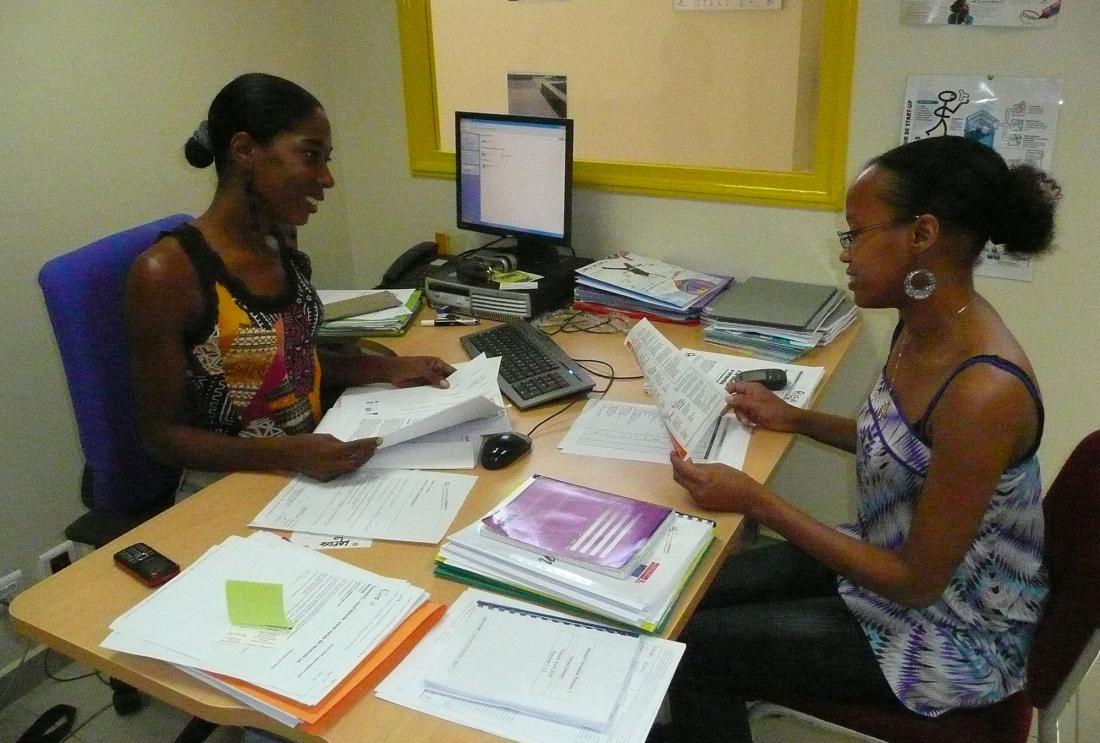 Researchers partnered with the Association Nationale des Groupements de Créateurs (ANGC) to evaluate the impact of the “Groupements de Créateurs” (Creator Groups) program operating in sixteen local missions throughout France. Researchers randomly assigned 902 young unemployed people interested in organizing an event or starting a business or organization into either an intervention or comparison group. The research team subsequently invited members of the intervention group to enroll in the program. The comparison group did not receive an invitation.

Groupements de Créateurs is a self-directed vocational training program with a pedagogy that emphasizes independent decision-making. Rather than telling young entrepreneurs exactly how to develop their projects, the two-year program focuses on developing social and decision-making skills that help participants set their own goals and work to achieve them. In the “Emergence” stage of the program, which takes five to six months on average, participants attend group workshops to commit to and further develop their business ideas. They also meet with individual counselors to explore their motivations, strengths, and weaknesses, and to develop their ideas and goals.

After the Emergence stage, youth participate in the “Training” phase. The Training phase consists of a six month program at a local university that leads to a technical certification in entrepreneurship. After this, participants are free to create their new business or organization using the skills they learned, including how to apply for small grants and loans.

Researchers collected information on participants’ personal, professional, and socioemotional lives though three surveys. Researchers conducted a baseline survey and then two surveys over the phone eleven and 21 months after the program start. The fourth survey was an internet survey in 2014, roughly four years after the beginning of the program, and included additional questions on participants’ independence and wellbeing.

Program participants accelerated their professional education in the first year and achieved a more stable employment situation and greater financial autonomy by the second year than those in the comparison group. The program’s self-directed approach appears to be an effective and inexpensive way to integrate youth into the workforce, with participants benefitting within two years of starting the program.

Impact on employment: Invitation to the program had no impact on youth employment or salaries eleven months after participants began the program. However, more intervention group participants had moved from self-employment to salaried jobs at the 21 month follow up than those in the comparison group. This could be due to the reflection component of Groupements des Créateurs, during which some participants may have deemed their projects too unrealistic or too costly to pursue.

Impact on participants’ income: After two years, more youth in the intervention group earned over minimum wage (EUR 1000 per month, or US$1282 in 2013) from their revenue-generating activities than those in the comparison group. Intervention group participants earned salaries EUR 118 higher on average, equivalent to 28 percent larger salaries than those of the comparison group (EUR 414 or US$531). However, this salary increase corresponded with a decrease in money received from the government or from family members. As such, while there were no differences in overall monthly income between the two groups, program participants had greater financial autonomy, with more of their income coming from their monthly salaries than from the government or their families.

Impact on youth autonomy and self-efficacy: Intervention group youth were more likely to report trusting the majority of people than those in the comparison group, an indicator of confidence and optimism. However, intervention group youth were no more likely to move out of their parents’ homes than those in the comparison group. This suggests that either participants’ financial autonomy gains did not allow them to move out, or that moving out was not a priority.