Motivated by the recent escalation in food prices around the world, several countries, including Kenya, Malawi, Rwanda, and Zambia, have implemented large-scale fertilizer subsidy programs to boost food security and small farm productivity. If people are unaware of the benefits of using fertilizer, or do not know how to use it, then subsidies may be a useful tool to give people experience with using fertilizer, and promote adoption. However, a long-standing question is whether one-time or temporary provision of subsidized fertilizer can get households to adopt it long-term, or whether input use and farm production eventually return to previous levels after subsidies are phased out. The key to determining whether provision of subsidies can lead to long-term growth, even after the subsidies are no longer in effect, is to discover if farmer practices change fundamentally, or whether these practices change only (if at all) when subsidies are being offered.

Large-scale emigration, economic dependence on South Africa, and a prolonged civil war hindered Mozambique's development until the mid 1990s. Agriculture accounts for almost 29 percent of the country's GDP, however agricultural technology adoption has been slow in Mozambique compared to other counties in the region. Most of the farmers interviewed for this study had little or no experience with application of chemical fertilizers and other agro-chemical inputs. 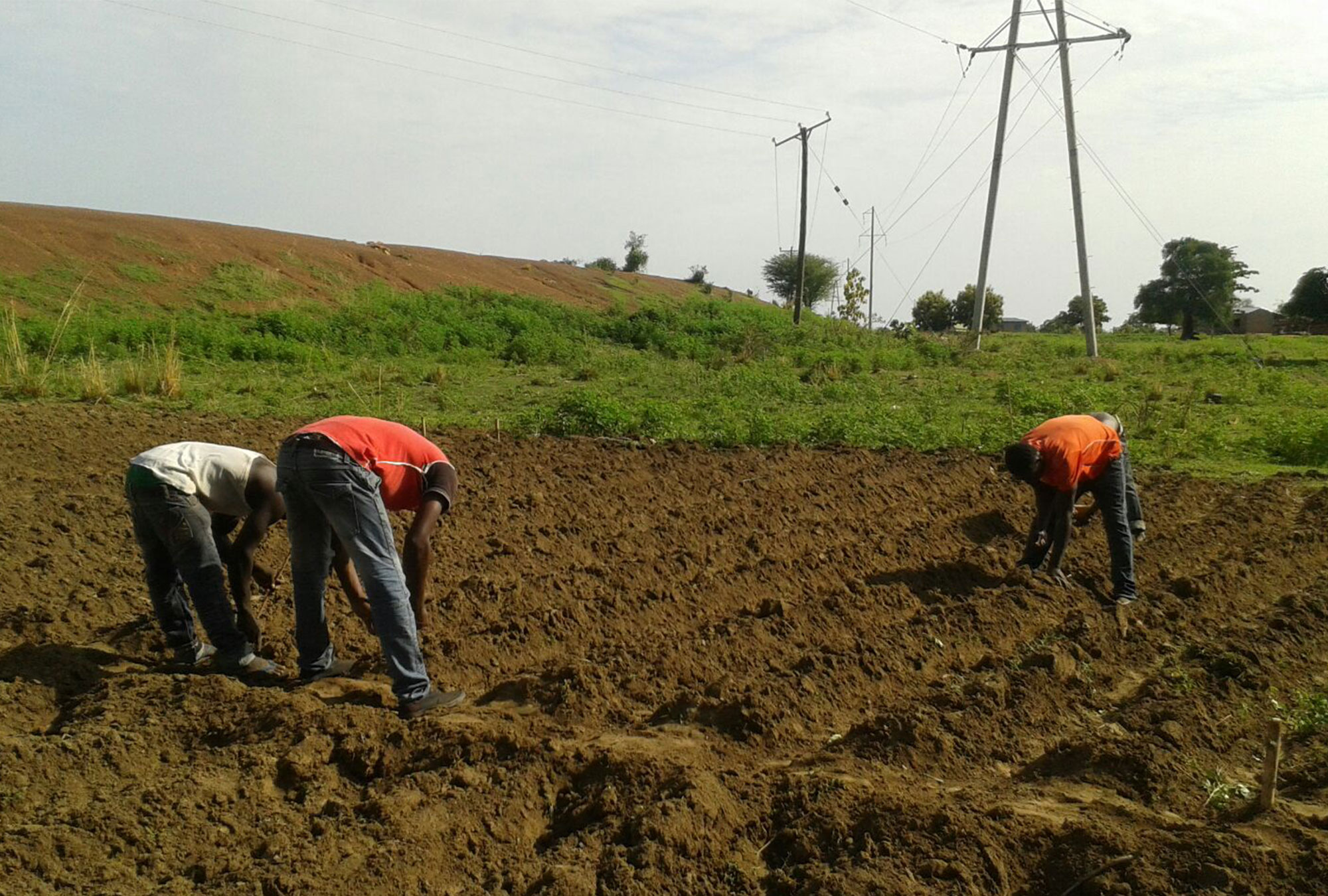 Researchers are investigating the impacts of fertilizer subsidies on smallholder farmers in rural Mozambique, and in particular, whether providing farmers opportunities for savings accounts can help subsidies achieve a greater sustainable impact. Vouchers for fertilizer were distributed randomly to a sample of farmers. In partnership with Banco Oportunidade de Moambique (BOM), researchers also randomized offers of one of several different savings accounts interventions, to see how the subsidies and savings accounts complemented one-another.

The sample comprises farmers with access to some type of agricultural extension service, either through an NGO or government entity, so that they have access information on how to use fertilizer if they choose to use it. Researchers worked with two sub-groups of farmers: those who received a voucher for fertilizer, and those who did not. The voucher randomization (VR) sample is comprised of farmers randomly distributed (or not distributed) vouchers for fertilizer. The VR sample enabled researchers to examine the interaction between voucher receipt and savings incentives.

As shown in the table, the VR sample consists of three treatment groups which received different combinations of interventions, and a comparison group which did not receive an intervention. In treatment group 1, farmers were offered a savings account with standard BOM interest rate. Treatment group 2 offered "matched savings" accounts, where farmer received matched funds equal to 50 percent of his or her average savings balance (up to 3,000 MZN, or US$112 ) during a defined match period. (The match rate is the percentage of the average balance in the account that is contributed by the project at the end of the match period, not an annual percentage rate.) In treatment group 3, farmers were offered a savings match with a group incentive, where the match rate rises or falls in accordance to the average account balance of the entire group. Farmers are not required to use the match for fertilizer, yet the match amount does allow each farmer to afford the inputs provided in the fertilizer package, which many farmers could not afford otherwise. During meetings with farmer groups, project staff discussed the importance of savings and keeping part of one's harvest proceeds for fertilizer and other agricultural inputs for the next season. Farmers were also given specific instructions about using the fertilizer package for maize, and information on BOM savings services and locations. After farmers completed the baseline survey, savings accounts were offered, and project staff assisted interested farmers in filling out the forms to open an account. Farmers then could make their initial deposit at a BOM branch or a Bancomovil, a mobile bank that services many of the sites.

During follow-up surveys planned for 2012 and 2013, researchers will collect data on per-capita income and expenditures, maize yields and use of seed varieties and fertilizers, and the creation and use of savings accounts.

Carter, Michael, Rachid Laajaj, and Dean Yang. 2013. "The Impact of Voucher Coupons on the Uptake of Fertilizer and Improved Seeds: Evidence from a Randomized Trial in Mozambique." American Journal of Agricultural Economics 95(5): 1345-1351.