Increasing the Electoral Participation of Immigrants: Experimental Evidence from France

As the number of immigrants increases in the United States and Europe, their integration has become increasingly important. On average, immigrant citizens have lower levels of economic well-being than non-immigrants, which may lead to their lower sense of national belonging. In France, for instance, less than half of naturalized immigrants say that they strongly feel French , compared to 88 percent of the mainstream population.1

This intervention took place leading up to the 2010 regional elections in Ile-de-France, the region that includes Paris and surrounding areas. Turnout at the 2010 elections was relatively low: only 46 percent and 51 percent of the registered citizens participated in the first and second rounds, which took place one week apart, respectively.

Ethnic diversity in the Ile-de-France cities that were a part of the study is wide: immigrants, defined as people of foreign birth and French-born children living with them, contribute to a larger share of the population than in the country as a whole and come from over 100 different countries. Within the study, 30 percent of the sample were immigrants (compared to 12 percent in the overall French population in 20122 ), with most coming from Northwest Africa, Sub-Saharan Africa, or Asia. These neighborhoods are marked by increased internal tensions, particularly between youth and the police. 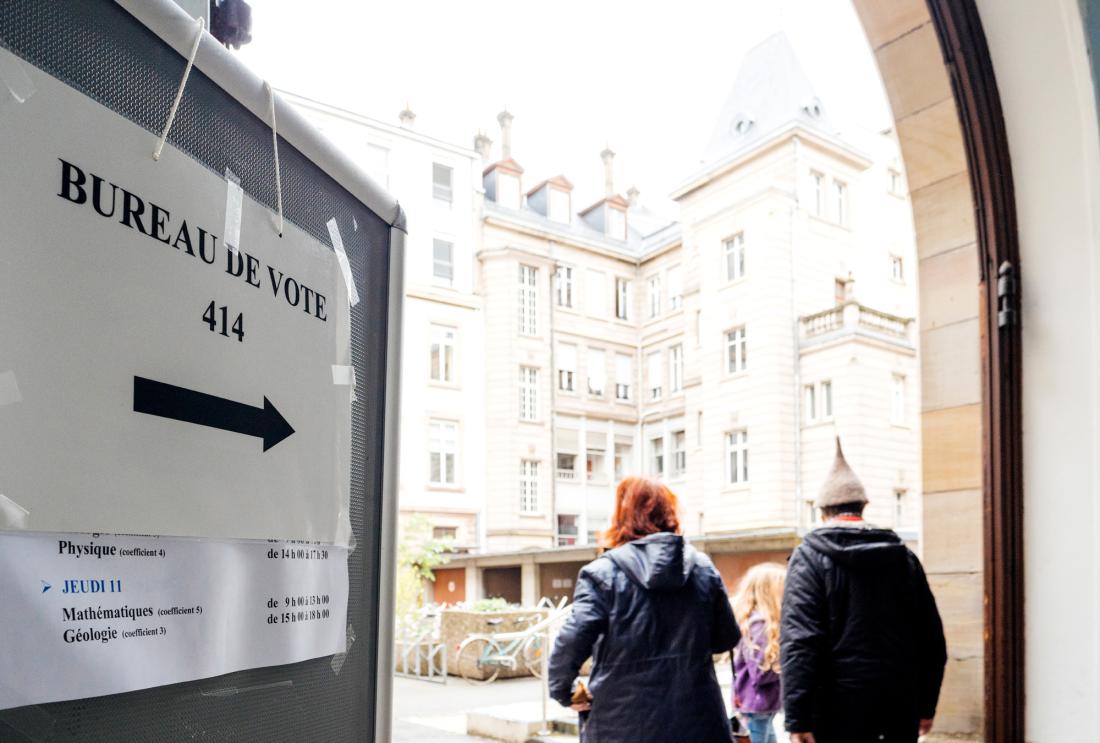 In the four weeks leading to the 2010 elections, activists from the Parti Socialiste (PS), a left-wing political party perceived as more sensitive to immigrants’ concerns , canvassed eight cities of the Ile-de-France region to encourage registered citizens to vote. Citizens were randomly assigned by building address to treatment or comparison. Six hundred and seventy-eight addresses received a visit from canvassers while 669 addresses did not receive a visit. Canvassers knocked on doors on evenings and Saturdays and provided basic information about the date of the election and the location and opening times of the poll office. They urged people to vote, using general arguments about the importance of voting and significance of the forthcoming elections as well as personal examples and stories. At the end of the discussion, the canvassers gave their listener a leaflet summarizing the points discussed.

To measure voting behavior, researchers utilized attendance sheets signed by those who voted in each election. In addition, researchers administered a post-election survey to a subsample over the phone within two months to measure citizens’ socioeconomic status, how much they knew about the elections, and their political preferences.

Medium-term effects: Effects of canvassing on voter turnout diminished over time. Researchers compared voter turnout in local elections one year later and found no significant impact of the canvassing from the previous year.

Potential mechanisms to explain the impact of canvassing on voter turnout: Survey results of a subset of the sample indicate that immigrants had significantly less political information than non-immigrants, which may have led to a stronger impact of the information provided by the canvassers. In addition, immigrants may have been more receptive to the PS canvassers since the PS is considered more sensitive to immigrants’ interests than are right-wing parties.