Inequalities in education start early in life, especially for children from low-income families, who often lack access to quality early childhood development opportunities such as kindergarten. Kindergarten education can lay the foundation for a child’s success in primary school and later in life by providing critical cognitive and social skills. Yet disparities in cognitive skills between children from lower- and higher-income families emerge as early as kindergarten—and continue to develop over time. Investments in early childhood education, particularly for children most at risk of experiencing social exclusion, can be highly cost-effective to reduce these inequalities and prevent poverty from passing from one generation to another. Can promoting kindergarten participation for children from ethnic minorities increase early childhood development and reduce educational inequalities in Bulgaria?

Bulgaria has experienced a recent increase in kindergarten enrollment rates following a 2010 law that made kindergarten education for five and six-year-old children compulsory and free. However, for children from ethnic minorities, who often come from lower socio-economic backgrounds, the impact of this policy remains unclear, as many municipalities still charge additional fees to cover school supplies and medical tests costs, potentially preventing parents from enrolling their child. Indeed, despite this government push, ethnic minority groups still fall behind in terms of kindergarten enrollment rates: In 2011, only 45 percent of children from Roma families were enrolled in kindergarten, compared to 75 percent of children nationally. 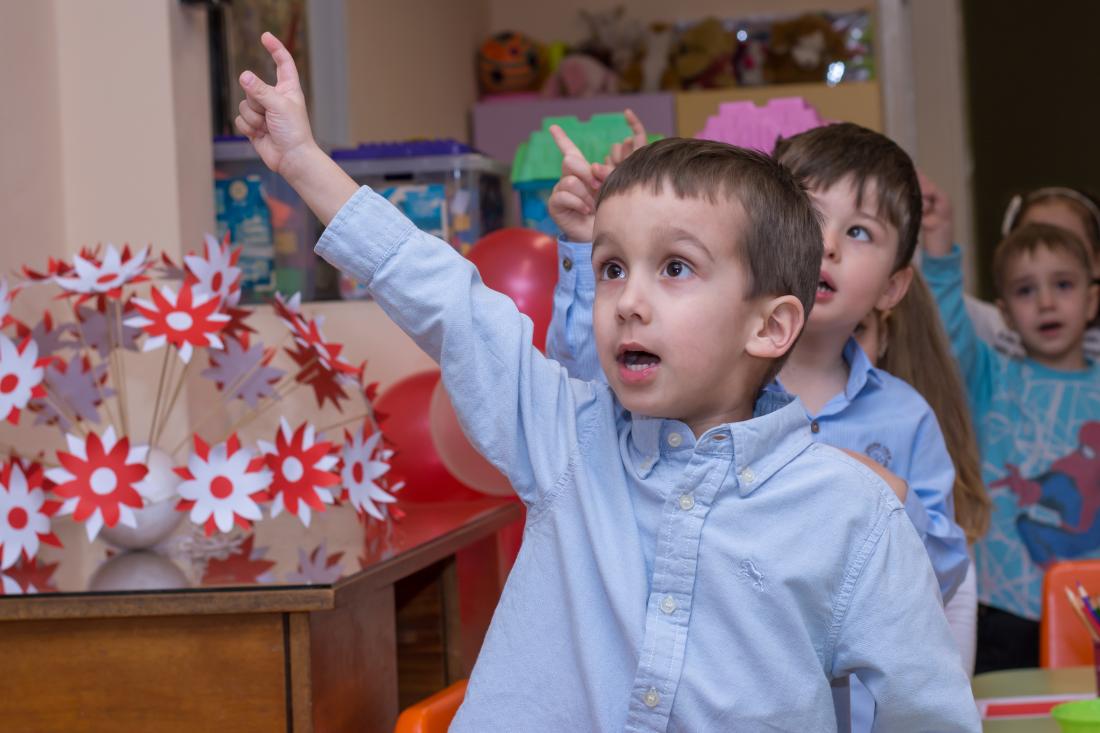 Researchers partnered with 23 NGOs, the Trust for Social Achievement (TSA), the World Bank, and the Open Society Institute to measure the impact of providing information and incentives on the kindergarten participation rates of children from minority ethnic groups, especially Roma children, in Bulgaria.

In 236 ethnically segregated communities in which there were at least 10 Roma households, researchers randomly assigned each community to one of four interventions:

In addition, researchers randomly assigned half of the communities in each group to receive a mediation and information campaign and invited all households with children aged 3-6 in these communities to participate. This campaign consisted of five public community meetings lasting between 45 to 90 minutes organized by 23 NGOs over ten months. During the campaign, parents received information about the benefits of kindergarten education to increase their awareness about the importance of kindergarten for their children’s educational and professional development later in life, as well as to make them more at ease with the kindergarten environment in Bulgaria.

Researchers administered a baseline survey in April-May 2014 and an end-line survey a year later, collected community and kindergarten information, and conducted interviews with community and kindergarten representatives to measure the impact of the program on kindergarten participation and child learning and development, as well as on parents’ engagement in educational activities, aspirations for their children, and employment and income. In addition, researchers carried out three unannounced attendance checks.

To measure the medium-term impact of the program over four years, researchers used additional administrative data from the Ministry of Education and Science (MOES) and administered a school readiness test in May 2017. For this follow-up study, however, the main implementation partner ceased collaboration with five of the 23 NGOs initially involved the intervention, leading to only 70 percent of children receiving free access to kindergarten in the time period 2015-2019.

Child learning and development: Despite substantially increasing kindergarten participation of Roma children, one year after the intervention, all interventions had a negative impact on learning for children who were not previously registered for kindergarten. On average, the program reduced child numeracy and literacy by 0.36 and 0.44 standard deviations, respectively. The program had no significant impact on children’s socio-emotional or motor skills.

The negative effects on child learning may be partly due to parents spending less time engaging in academic activities with their children at home, such as reading books, telling stories, playing with toys, singing, or naming/drawing/counting objects. As kindergarten registration and attendance rates increased, children spent less time at home benefitting from activities with their parents. Overall, the program decreased parental involvement by 1.2 standard deviations, as measured by a parental involvement index. However, while children from both ethnic minority and majority groups enjoyed fewer activities with their parents, learning decreased only for children in the former category. This may be due to teachers engaging less with children from ethnic minorities, as they lack teaching methods adapted to these children’s specific needs.

The follow up study suggests that by the end of year four, the school readiness of children from ethnic minorities seemed to have increased but that the program had a negative impact on children who were already enrolled at baseline, due to the influx of new peers into the classroom.

Based on the research, the Bulgarian Ministry of Education and Sciences is currently planning the design of a national program to increase access to kindergarten for all children by eliminating kindergarten fees.