How do inexperienced consumers learn to use a new financial technology? Consumer financial products, such as bank and mobile money accounts, can significantly increase financial inclusion, yet inexperienced consumers of new financial technologies are often vulnerable to exploitation by financial intermediaries. Can an electronic bank or mobile money payroll system increase account usage and savings, while reducing consumer risks? Researchers randomly assigned employees at garment factories in Bangladesh to either continue collecting their wages in cash, receive direct deposit wage payments into a payroll account, or receive an account but continued to receive wage payments in cash. Exposure to payroll accounts led to increased account use, consumer learning, savings, and trust in mobile banking. A complementary audit study suggests mobile money agents were less likely to overcharge inexperienced customers in areas with higher levels of payroll account adoption.

Despite the potential of electronic payroll systems and banking to streamline payments to workers and increase financial inclusion, approximately 85 percent of all salaried employees in developing economies receive their wages in cash and are often unable to open a formal financial account without the assistance of their employer. At the same time, there is also concern that the expansion of electronic financial services will lead to the exploitation of inexperienced consumers by financial intermediaries seeking profits.

Electronic payroll accounts may be one avenue through which consumers can access, engage with, and learn to use financial products. Can the consistent use of a formal payroll account enable inexperienced consumers to learn how to navigate the financial technology more effectively and avoid common consumer protection risks? Researchers measured the impact of providing workers in Bangladesh with payroll accounts and examined if automatically depositing their wages into these accounts can lead to consumer learning.

The study takes place in urban Dhaka, Bangladesh, with garment workers in two large manufacturing firms. The garment manufacturing sector in Bangladesh employs approximately four million workers, 80 percent of whom are women and many of which come from rural areas. Many production line workers are unbanked, owing to high account maintenance fees, minimum balance requirements, and documentation requirements. All workers were paid in cash monthly prior to the intervention.

Workers in the study, the majority of whom are female and not literate, had very little experience using formal financial services and low trust in formal accounts at the time of the study. Despite being paid in cash, many used mobile money platforms for purposes such as transferring money to family members in home villages. However, most workers used vendors’ or other people’s accounts to conduct these transactions, often paying transaction fees in the process. 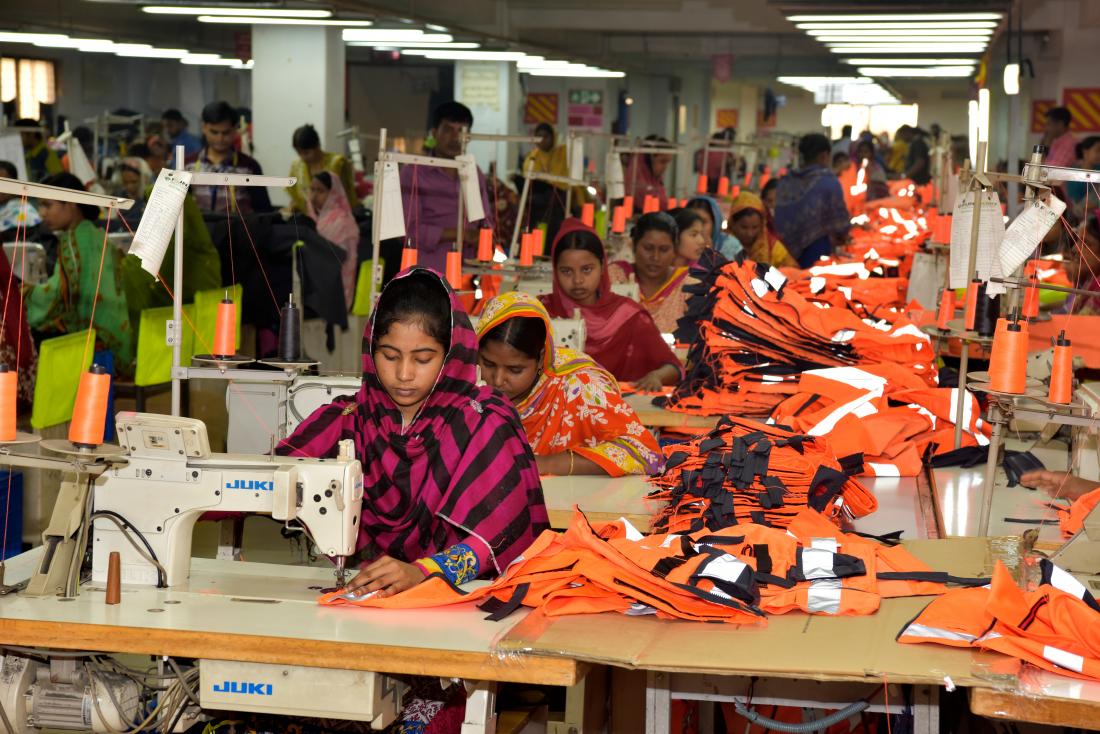 Researchers evaluated the impact of providing payroll accounts on different outcomes, including consumer learning and protection risks, savings, and the ability to cope with unanticipated shocks. They randomly assigned 3,136 salaried factory workers to one of the following groups over a 12-month period at each factory:

To hold the cost of access constant across the two types of accounts, the partner firm installed ATMs and stationary mobile money agents on the factory premises. Throughout the study, a staff member was available on the factory premises to help workers with any technical difficulties or problems accessing their accounts. Members of the research team visited each factory and conducted training sessions for workers assigned to receive an account prior to rollout.

Additionally, researchers conducted an audit study in neighborhoods similar to those surrounding the study location to test the impacts of worker sophistication and payroll adoption on banking practices. Factory worker auditors were assigned to visit mobile money agents to ask for assistance with a simple financial transaction. Some workers were given a high sophistication script, while others were given a low sophistication script.  Moreover, workers were assigned to mobile agents located in neighborhoods with high versus low levels of payroll account penetration.

Data was collected over seven rounds of surveys over approximately eighteen months, with comprehensive data on household finances, financial literacy and planning, and savings and consumption gathered at the beginning and end of the study, and simple expenditure and financial decision information collected throughout.

Savings: Receiving wage payments into a formal account increased the likelihood of having savings by 4-11 percentage points and more than doubled the likelihood that individuals will have savings in a formal account from an initial level of 25 percent. In contrast, simply providing an account had smaller and often undetectable impacts on savings. Further analysis suggests that women and the most financially excluded workers were most likely to redirect expenditures towards savings.

Taken together, the results suggest that financially inexperienced consumers can benefit substantially from payroll accounts when the employer and financial service providers play active roles in the process.