Estimating the Effect of Unearned Income on Earnings, Savings, and Consumption: Evidence from a Survey of Lottery Players in the United States

The effect of receiving unearned income on how much people work, spend, and save is a key issue for cash transfer programs, income tax credits, and welfare programs. Researchers studied the impact of receiving lottery prizes (large and small) on the labor supply, consumption and savings of Massachusetts lottery winners. Recipients reduced their work effort, decreasing their other earnings by approximately 11 percent of the lottery winnings, and saved approximately 16 percent of the lottery winnings. Researchers found no evidence of a decreased impetus to work among those with the lowest incomes prior to winning.

A number of anti-poverty programs, such as the Earned Income Tax Credit, Temporary Assistance for Needy Families, and Supplemental Security Income provide cash transfers to qualifying recipients. The structure and effectiveness of these programs rely on basic assumptions about what recipients will do with the transfers they receive and how these transfers will impact their participation in the labor market. These programs are often difficult to evaluate because they must, by law, be available to all who are eligible to receive them and so don’t have a comparison group available that didn’t receive the program. This study capitalizes on the nature of lottery winnings, which are both random and independent from other labor decisions, to gain insight into the impact of receiving cash transfers over an extended period of time.

The study population consists of people who played the Massachusetts Megabucks lottery from 1984 through 1988 and won at least one small prize. Researchers classified “winners” as individuals who won a major prize of between $22,000 and $9,696,000, and “nonwinners” as those who won at least one small prize ranging from $100 to $5,000. The average prize for all individuals was $26,000, and major prizes were paid out over 20 years. Individuals were on average 50 years old, predominantly male (63 percent), and more educated than the general population (having attended approximately one more year of school). They earned average incomes of approximately $15,000 in 1983, which was similar to the general population. 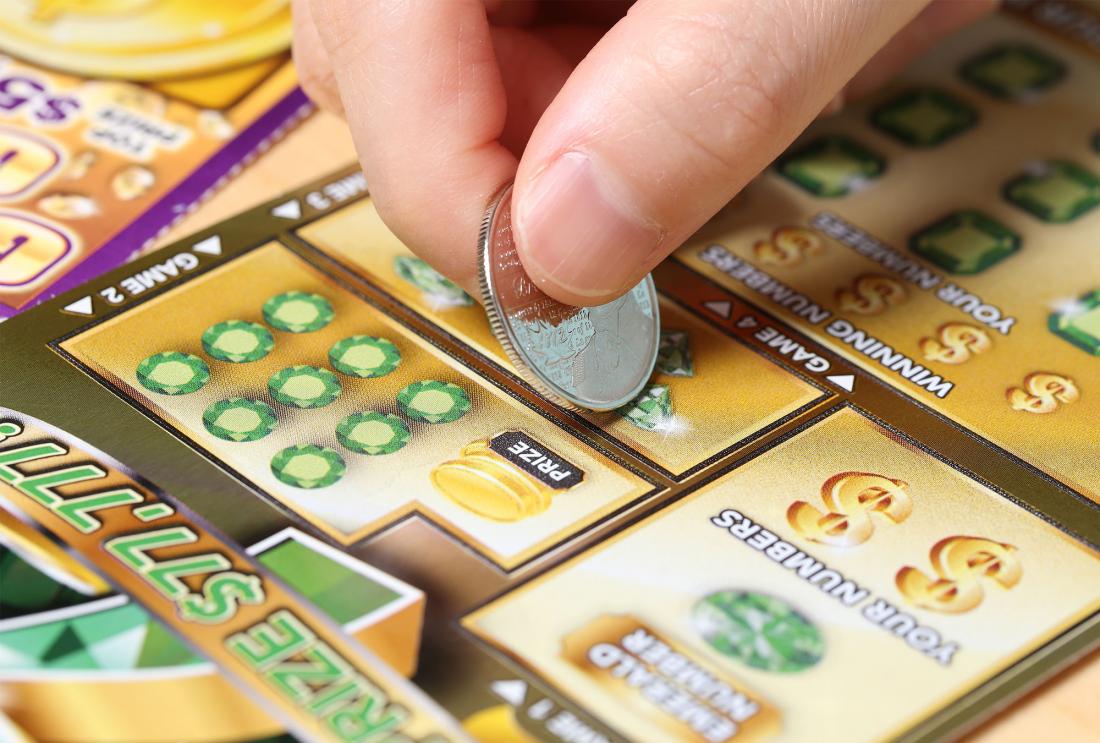 This study capitalizes on the random nature of lottery winnings to gain insight into the impact of receiving cash transfers over an extended period of time. Photo: Icatnews | Shutterstock.com

Because the size of the prize won in the lottery is random for someone who wins a prize, researchers were able to compare recipients of different prize amounts to measure the impact of lottery cash transfers of different sizes on labor market outcomes, consumption, and savings behavior. Through the lottery’s historical records, researchers identified winners and nonwinners, and distributed a survey to these individuals. The survey asked questions about economic behavior and earnings both at the time of the survey and at the time of winning a prize, as well as about background characteristics, and requested the release of Social Security earnings information. 259 nonwinners and 237 winners authorized the release of their Social Security records and completed a sufficient number of the survey questions to be included in the study.

For individuals who won less than $2,000,000 ($100,000 per year), non-lottery earnings declined by an average of approximately 11 cents for each dollar of prize money won. The effects were particularly large (18 cents for each dollar) for individuals aged between 55 and 65 at the time of winning the prize, suggesting some level of early retirement. The declined earnings were smaller by about half during the first year after the prize was won, and then roughly stabilized by the second year. The researchers found no evidence that the lowest-income lottery winners (who had zero earnings before winning the lottery) reduced their willingness to work after winning a prize. There was also no evidence of differential impacts by gender.

Winners of major prizes, excluding the winners of the largest prizes, saved approximately 16 percent of the unearned income received. Savings in retirement accounts specifically did not increase. As recipients received more of their prize, they increased the proportion of it that they saved. Men appeared to save significantly more than women, but savings outcomes did not differ significantly by age or education level. The receipt of prize winnings flowed through, in a small amount, to increased consumption of cars (about 1 percent) and houses (up to 4 percent).

Imbens, Guido W., Donald B. Rubin, and Bruce I. Sacerdote. 2001. "Estimating the Effect of Unearned Income on Labor Earnings, Savings, and Consumption: Evidence from a Survey of Lottery Players." American Economic Review 91(4): 778-794.