Intestinal helminths—including hookworm, roundworm, whipworm, and schistosomiasis—infect more than one-quarter of the world’s population. Researchers evaluated a mass school-based deworming program in Western Kenya, and found that deworming substantially improved health and school participation of treated children, as well as of untreated children in both treatment schools and neighboring schools. The program reduced school absenteeism by more than one-quarter, and was far cheaper than alternative ways of boosting school participation.

Intestinal helminths—including hookworm, roundworm, whipworm, and schistosomiasis—infect more than one in four people worldwide and are particularly prevalent among school-aged children in less-developed countries. These intestinal worms are believed to have a negative impact on education, hindering child development as well as school attendance and reducing income later in life. These effects are especially pronounced in Africa, where nearly half of the total disease burden is due to infectious and parasitic diseases, including helminth infections. Existing randomized studies have focused primarily on the effects that these diseases have on cognitive performance, whereas outcomes of more direct interest to economists and policymakers—school attendance and enrollment, test scores, and ultimately, labor market outcomes—have yet to be thoroughly investigated.

Busia district is a poor and densely-settled farming region in western Kenya adjacent to Lake Victoria. Budalangi and Funyula divisions have some of the country’s highest helminth infection rates, in part due to the area’s proximity to Lake Victoria—schistosomiasis is easily contracted through contact with the contaminated lake water. Soil-transmitted helminths (STH), on the other hand, are transmitted through contact with or ingestion of fecal matter. This can occur, for example, if children do not have access to a latrine and instead defecate in the fields near their home or school, where they also play. One quarter of Kenyan student absenteeism is attributed to abdominal pains that are likely due to intestinal helminth infections. In addition, older children may miss school to take care of siblings who are sick with helminth infections. 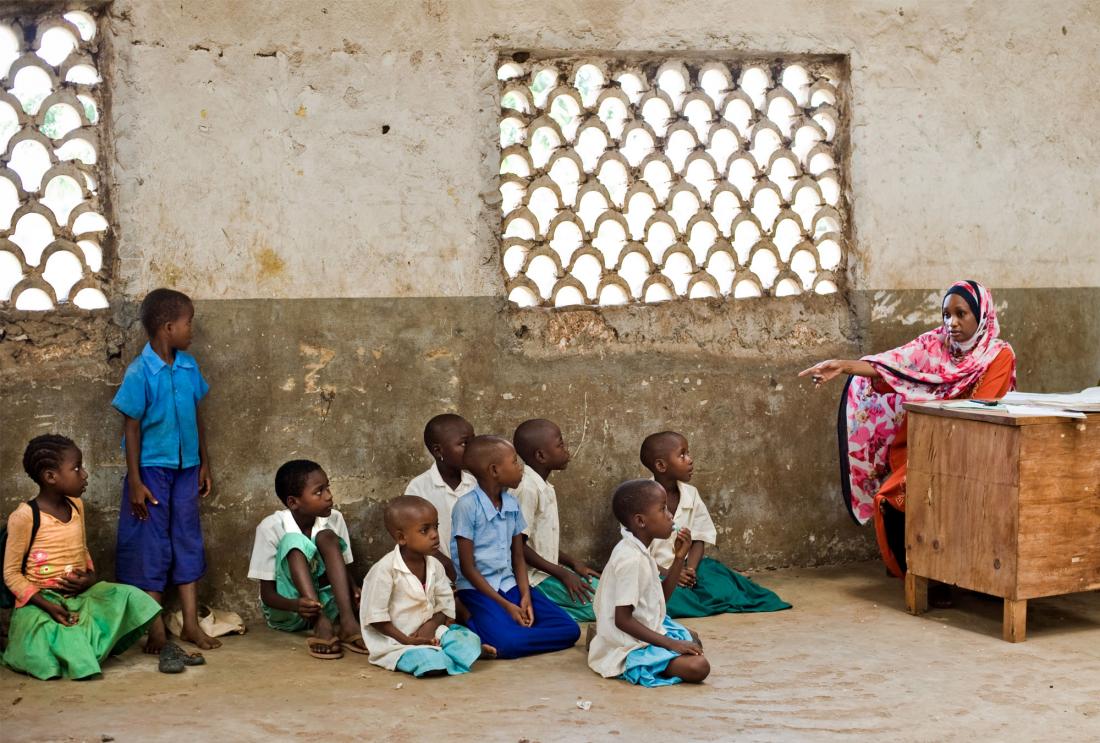 This study evaluated the Primary School Deworming Project (PSDP), which was carried out by International Child Support in cooperation with the Busia District Ministry of Health. In January 1998, 75 schools were randomly divided into three groups of 25 schools each. Researchers first stratified the schools by their administrative zone and by their involvement with other NGO programs. They then listed the schools alphabetically and assigned every third school to a given project group. All groups were phased into treatment over three years.

Within each group, a baseline parasitological survey was administered to a random sample of pupils. Schools with worm prevalence over 50 percent were mass treated with deworming drugs every six months. Girls of reproductive age (thirteen and older) were not supposed to be treated due to concerns about the possibility of birth defects, although in practice 20 percent of girls in this age group received medical treatment, partly due to confusion about pupil age, and partly because several Kenyan public health nurses administered drugs to some older girls, judging the benefits to outweigh the risks. In addition to medicine, treatment schools received regular public health lectures, wall charts on worm prevention, and training for one designated teacher. The lectures and teacher training provided information on worm prevention behaviors, including washing hands before meals, wearing shoes, and not swimming in the lake.

Impact on Infection Intensity: Deworming reduced moderate to heavy helminth infections by at least 31 percentage points (76 percent) amongst children in the treatment groups. Pupils that received treatment reported being sick less often, and they had significantly better height-for-age—a measure of nutritional status. Health education had minimal impact on worm prevention behaviors, including observed pupil cleanliness, the proportion of pupils wearing shoes, or self-reported exposure to fresh water. Therefore, to the extent that the program improved health, it almost certainly did so through the effect of the medicines rather than through health education.

Impact on School Attendance and Test Scores: Among girls younger than thirteen years old and all boys who were treated, school participation in the first year after medical treatment increased by at least 9.3 percentage points relative to the comparison group. No improvements in test scores were found as a result of the deworming.

Treatment Spillover: Those living up to 3 kilometers away from treatment schools benefited from “spillovers” of the deworming treatment,1 including reduced worm infections and increased school attendance. Spillover effects occur because medical treatment reduces the transmission of infections to other community members. It is estimated that moderate-to-heavy helminth infections among children living up to 3 kilometers away from treatment schools were 10.2 percentage points lower on average, while school participation was 2.7 percentage points higher on average. Including these spillover benefits up to 3 kilometers away, deworming increased school participation by 8.5 percentage points, which is a one-third reduction in school absenteeism.

Cost-Effectiveness: Including the spillover benefits of treatment, the cost per additional year of school participation was US$2.92, making deworming considerably more cost-effective than alternative methods of increasing school participation, such as school subsidies.

In addition, based on these results and outreach led by J-PAL affiliates, school-based deworming campaigns have been adapted and scaled in Ethiopia, India, Kenya, Nigeria, and Vietnam. For more details, see the evidence to policy case study.

Miguel, Edward, and Michael Kremer. 2004. "Worms: Identifying Impacts on Education and Health in the Presence of Treatment Externalities." Econometrica 72(1): 159-217.

1.
Worm infections are reduced among schoolchildren living within 3 km of treated individuals, but not much beyond that, although the original paper estimated benefits out to a distance of 6 km due to a coding error. For more on the updated results, see Hicks et al. (2014a), Hicks et al (2014b), and Hicks et al (2015), all cited below. For an update (July 2015) from the authors on deworming impacts on education, see here.