Although the Civil Rights Act of 1964 forbids discriminatory hiring practices, many employers still engage in such practices. Researchers aimed to identify these acts of discrimination among major employers in the United States by sending fictional resumes, with varying demographic information, to determine whether certain characteristics would lead to different follow-up contact rates. Employers were less likely to contact resumes with distinctively Black names than resumes with distinctively white names. The researchers find that racial discrimination is concentrated among 23 employers out of 108 included in the study.

Researchers have often used resume correspondence studies to study firms’ recruitment and hiring practices. Employers often make assumptions about the demographics of a job seeker based on the information presented in the resume. By varying the information presented, researchers were able to tap into these preconceptions and find that employers treat candidates differently along racial, gender, and age lines. In particular, there is a growing body of evidence1 that employers discriminate against applicants who are perceived to be Black.2 However, it remains unclear if companies across the country and from different industries are equally discriminatory, or if only certain employers are engaging in illegal discriminatory recruitment practices. Therefore, the researchers aimed to characterize the nature of discrimination among large US employers in this study. 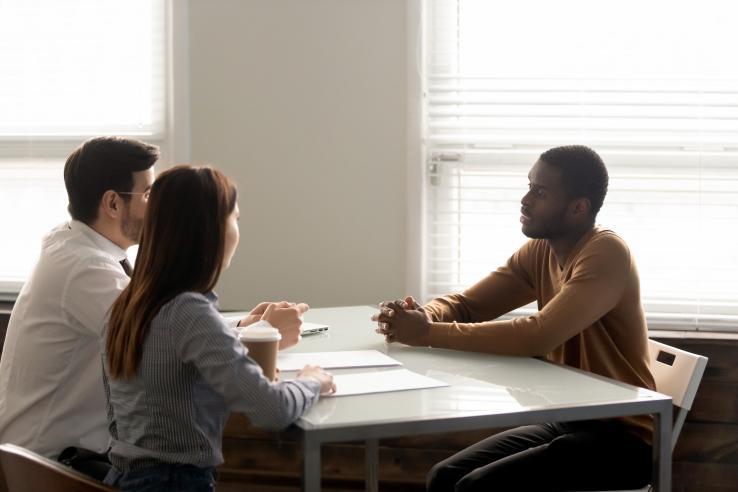 Researchers conducted a nationwide resume correspondence study to identify discriminatory recruitment practices and characterize the nature of this discrimination. First, researchers identified 108 Fortune 500 companies, with a wide geographic variation, to include in the study. They then identified 125 job vacancies from distinct US counties for each firm, and each vacancy received 8 resumes. Resumes were sent to each vacancy in pairs, with a distinctively white name on one resume and a distinctively Black name on the other. Other demographic data was randomized across these resumes, and were not paired. Demographic data included gender (indicated by name), age (indicated by high school graduation year), LGBTQ+ club participation, gender-neutral pronouns (they/them) or gender-typical pronouns (she/her or he/him, aligning with the name), political club participation, and associate degree completion. In total, researchers sent over 84,000 resumes to the 125 vacancies at each of the 108 companies.

The researchers monitored the contact information included in the resume for follow-up from employers for 30 days after applying.

Resumes with distinctively Black names received lower contact rates than those for distinctively white names, an effect that was concentrated among certain firms. There was no overall difference in contact rates based on gender, but there was variation across firms, indicating that some firms discriminated against men, while some discriminated against women. There was small but significant discrimination against applicants over forty. The researchers did not find significant discrimination based on sexual orientation, gender-neutral pronouns, political identity, or educational attainment.

Effect of race on contact rates:
Contact rates for applications with distinctively Black names was 2.1 percentage points lower than for distinctively white names (8.2 percent decrease from a baseline of 25.1 percent). This discrimination was consistent across different geographic regions and industries. The discrimination was highly concentrated among particular firms, with 23 firms accounting for nearly forty percent of the contact rate gap between Black and white jobseekers. In addition, researchers found that firms that were more biased against Black sounding names were less profitable than those who were less biased.

While racial discrimination was widespread among these firms, it is unclear which particular discriminatory practices are driving these results. Researchers recommend that further studies can look at measuring and addressing these biases.

Effect of non-protected identities on contact rates:
There were no statistically significant differences between contact rates along educational or political lines. Participation in political clubs, academic clubs, and the completion of associate degrees indicated these identities.

Baert, Stijn. 2018. “Hiring discrimination: an overview of (almost) all correspondence experiments since 2005.” In Audit studies: Behind the scenes with theory, method, and nuance. 63–77. Springer.