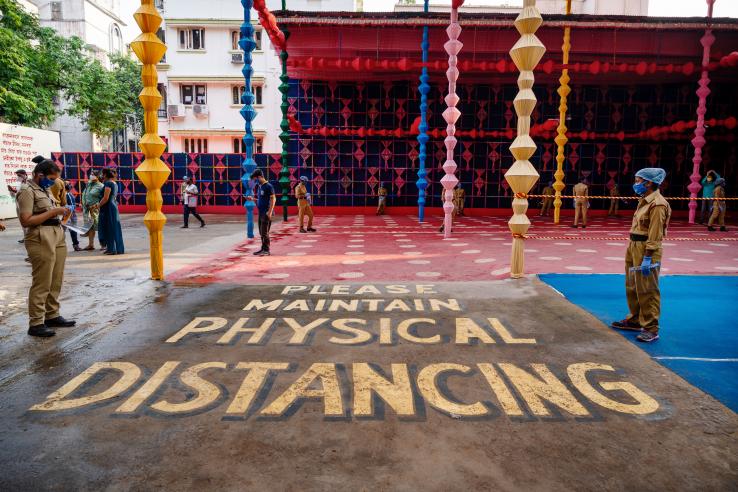 Covid-19 has infected millions of people worldwide and cases in India alone stand close to 10 million as of December 2020. In the absence of a cure, prevention is essential. With multiple candidate vaccines that show promise, mass distribution, vaccine chain-management, and ensuring adoption will be the next crucial steps that governments will be tackling.

Esther Duflo is the Abdul Latif Jameel Professor of Poverty Alleviation and Development Economics in the Department of Economics at the Massachusetts Institute of Technology and a co-founder and co-director of the Abdul Latif Jameel Poverty Action Lab (J-PAL). In her research, she seeks to understand the economic lives of the poor, with the aim to help design and evaluate social policies. She has worked on health, education, financial inclusion, environment and governance.

Girija Vaidyanathan is the former Chief Secretary of the Government of Tamil Nadu. She holds a PhD in Heath Economics from the Indian Institute of Technology (IIT) Madras and also has a post-graduate degree in Physics. Previously, she has held the position of Principal Secretary of Health & Family Welfare in Tamil Nadu.

Lav Agarwal is the Joint Secretary at the Ministry of Health & Family Welfare, Government of India. He has been the official spokesperson for the Government during the Covid-19 crisis. He holds a Bachelor's from the Indian Institute of Technology (IIT). Prior to this appointment, he served as the Commissioner & Director of Disaster Management with the State Government of Andhra Pradesh.

Rajeev Arora is the Additional Chief Secretary of Health & Family Welfare, Government of Haryana and has been leading the Covid-19 response in the state. Prior joining the health department in the state, he worked directly with Government of India, in the Departments of Labor & Employment, Home Affairs, and Commerce & Industry. He holds a Master's in Public Administration.

Vini Mahajan is the Chief Secretary of the Government of Punjab. Prior to this, she served as the Additional Chief Secretary of Governance Reforms and Housing and Urban Development as well as the Principal Secretary of Health in the state. Mahajan holds a BA in Economics from the Lady Shri Ram College and an MBA from the Indian Institute of Management, Calcutta.

Santhosh Mathew is the Country Lead for Social and Public Finance Policy at the Bill & Melinda Gates Foundation in India. Prior to this, he has held positions such as the Additional Chief Secretary for the Government of Bihar and Chair of the National Council for Teacher Education. From 2013 to 2017, he served as the Joint Secretary at the Ministry of Rural Development, Government of India. He holds a PhD in Development Studies from IDS, Sussex, an MSc in Social Research Methods from the University of Sussex, and an MA in Economics from the Delhi School of Economics.

*Return to this page for updates to the speaker list.