Evaluation of the Community-Based Environmental Health Promotion Program in Rwanda

Poor sanitation leads to major diseases, increased public health expenditures, and causes childhood diarrhea, a leading cause of mortality in children under five. In western Rwanda, researchers evaluated the impact of community hygiene clubs on the health and hygiene of households and on children under five in particular. The study found that the community health clubs had no impact on caregiver-reported rates of diarrhea among children under five. The results question the value of implementing this intervention at scale for the aim of achieving health gains.

Using proper toilets and handwashing with soap prevents the transfer of bacteria, viruses and parasites, which can otherwise contaminate water and food. This contamination is a major cause of diarrhea, the second biggest killer of children in developing countries, and leads to major diseases such as cholera.1 A common approach to improving child and maternal health and nutrition in low- and middle-income countries is the use of group education sessions for behavior change. Community hygiene clubs, which fall in this category, are multi-session village-level gatherings led by trained facilitators and designed to promote healthy behaviors mainly related to water, sanitation, and hygiene. While some research has suggested that WASH interventions are effective in reducing diarrhea prevalence among children, rigorous evaluations suggest WASH interventions delivered programmatically have little protective effect against diarrhea.  This was the first evaluation to rigorously measure the effects of community health clubs on health and socioeconomic outcomes. It was designed to inform the government’s decision to scale-up the program.

Rwanda has committed itself to reaching ambitious targets in water supply and sanitation, with the vision to attain 100 percent service coverage by 2020.2 In 2009, the Rwandan government launched the Community Based Environmental Health Promotion Program (CBEHPP), which was designed by Africa AHEAD. The purpose of the program was to significantly reduce the national disease burden and contribute to poverty reduction outcomes. Implemented by the Ministry of Health and its water and sanitation partners, CBEHPP aimed to strengthen the capacity of approximately 45,000 community health workers (CHWs), located in 15,000 identified villages, through the adoption of the Community Hygiene Club (CHC). The goal of the clubs was to attain hygiene behavior changes that are both sustainable and cost-effective.3 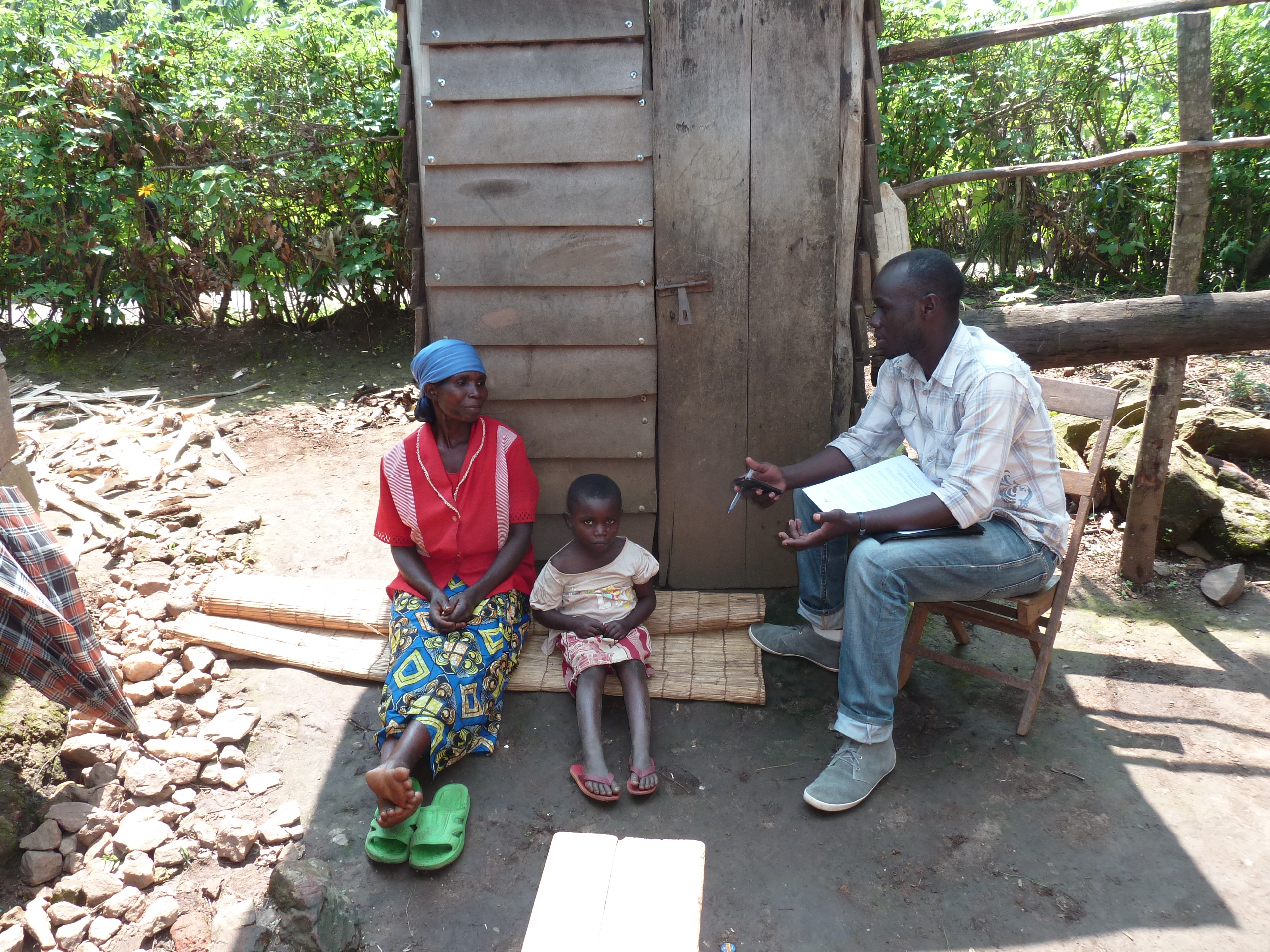 Researchers conducted a randomized evaluation over two years to measure the impacts of CBEHPP on diarrhea prevalence, especially among children under age 5, as well as on other health and economic outcomes.

The evaluation took place among over 8,000 households in 150 villages in the district of Rusizi, in western Rwanda. The 150 villages were divided into three different groups of 50 villages each:

The primary outcome of interest was caregiver reported diarrhea within the previous seven days in children under five.

Overall, the study found no effect of the community health club on caregiver-reported diarrhea among children younger than five or on nutritional status among infants younger than two. Researchers found positive effects of community health clubs on some household level intermediate outcomes within villages that received the full (“Classic”) intervention, but these did not translate into improvement in individuals’ health or nutrition.

Stunting: Stunting and wasting were the same across all groups, 37 percent stunted and 2 percent wasted, respectively, for children under two. For children under five, there was also no significant difference in stunting or wasting rates.

Water quality: A somewhat higher proportion of households in villages assigned the Classic intervention reported treating their drinking water (49 percent in the Classic group compared to 41percent in the comparison group), and were seen to have improved and completed the structure of sanitation facilities (32 percent in Classic compared to 26 percent in comparison). However, these higher intermediate outcomes did not lead to decreases in caregiver-reported prevalence of diarrhea or improvements in children’s nutritional status. The reasons for this discrepancy are not clear, but could be due to misreporting (a bias caused by self-reporting a behavior they learned they should be practicing).

Nutrition and food security: There were no significant differences in food security or diet diversity across the three groups.

4According to the WHO definition of diarrhea, which is three or more loose stools within a 24-hour period.