Graduating the Ultra-Poor in Peru

More than one fifth of the world’s population lives on less than US$1.25 per day. While many credit and training programs have not been successful at raising income levels for these ultra-poor households, recent support for livelihoods programs has spurred interest in evaluating whether comprehensive “big push” interventions may allow for a sustainable transition to self-employment and a higher standard of living. To test this theory, in six countries researchers evaluated a multi-faceted approach aimed at improving long term income of the ultra-poor. They found that the approach had long-lasting economic and self-employment impacts and that the long-run benefits, measured in terms of household expenditures, outweighed their up-front costs. This evaluation summarizes the Peru site, where gains were smaller than in most other evaluated countries.

More than one fifth of the world’s population lives on less than US$1.25 per day. Many of these families depend on insecure and fragile livelihoods, including casual farm and domestic labor. Their income is frequently irregular or seasonal, putting laborers and their families at risk of hunger. Self-employment is often the only viable alternative to menial labor for the ultra-poor, yet many lack the necessary cash or skills to start a business that could earn more than casual labor.

In the past, many programs that have provided poor households with either credit or training to alleviate these constraints have not been successful at raising household income levels on average.  However, in recent years, several international and local nongovernmental organizations have renewed their support for programs that foster a transition to more secure livelihoods. Combining complementary approaches—the transfer of a productive asset, training, consumption support, and coaching— into one comprehensive program may help spur a sustainable transition to self-employment. To better understand the effect of these programs on the lives of the ultra-poor, researchers coordinated to conduct six randomized evaluations in Ethiopia, Ghana, Honduras, India, Pakistan, and Peru.

In Peru, researchers partnered with implementing organizations Plan International-Peru and Asociación Arariwa. The study focused on households in the rural communities of Canas and Acomayo, located in the department of Cusco, which is among the poorest departments in Peru.  To select the poorest members of the communities, the project team conducted a Participatory Wealth Ranking, in which villagers collectively ranked households according to their wealth during a community meeting. Asociación Arariwa conducted a short survey afterwards to verify the results of the ranking.

Most families in the study sample raised livestock and worked in subsistence farming, growing a wide range of different crops, such as potatoes, fava beans, wheat, barley, and in some warmer areas, maize. To diversify and complement their income, some members of households migrated seasonally to work on large plantations or in gold mining. 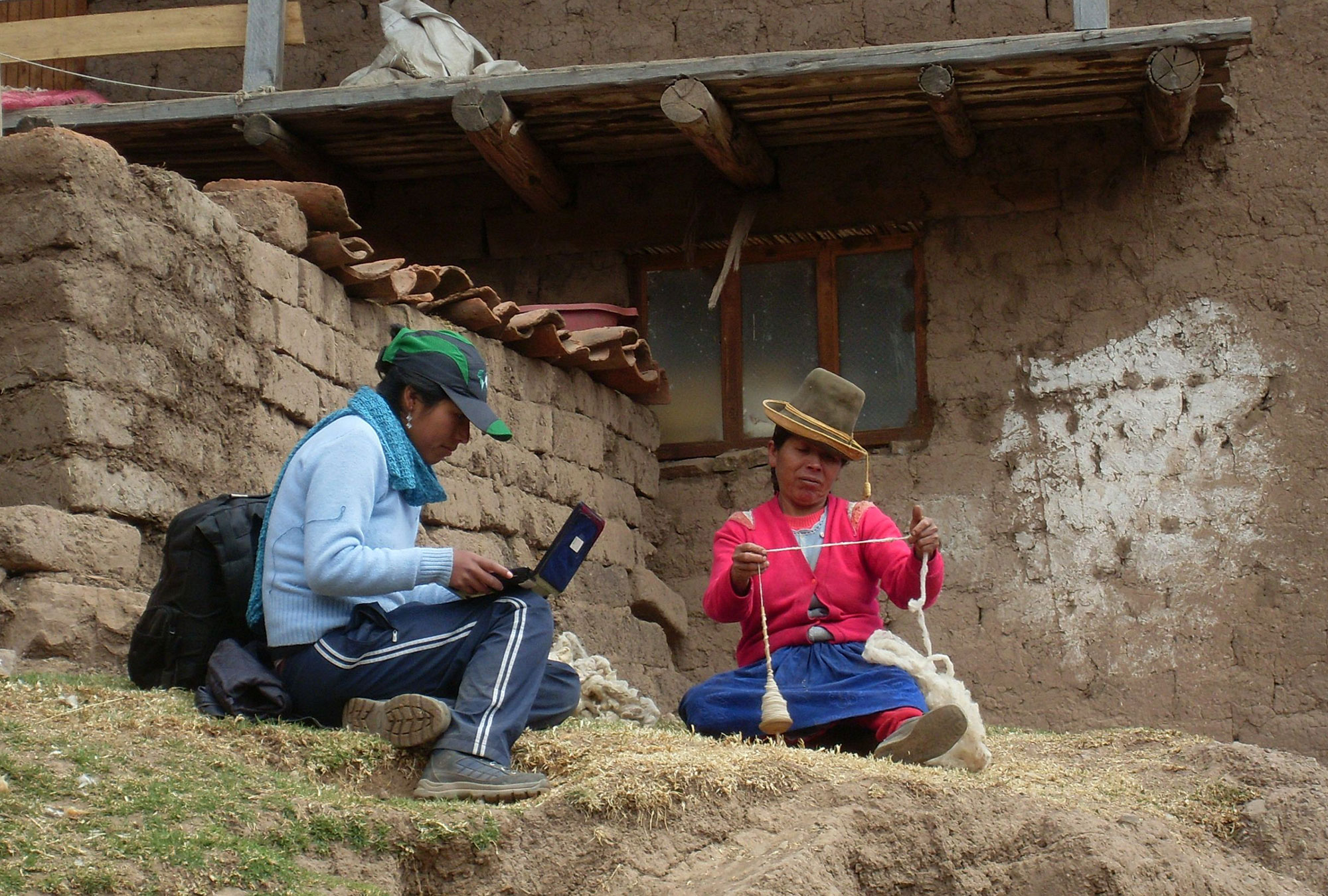 Researchers conducted a randomized evaluation to test the impact of a two-year comprehensive livelihoods program (“the Graduation approach”) on the lives of the ultra-poor in Peru. The approach was first developed by the Bangladeshi NGO BRAC in 2002 and has since been replicated in several countries.

In Peru, an initial sample of 2,284 households was spread out across 86 villages. In half of the villages, households were randomized to either receive the program or not. The households that did not receive the program but had neighbors that did, served as a sub-comparison group to measure “spillover” effects. The remaining 43 villages were randomly selected to be pure comparison villages (no one in the village received the program). The program consisted of six complementary components, each designed to address specific constraints facing ultra-poor households:

The Graduation program began in early 2011 and continued until mid-2013. Researchers conducted the first endline survey after the program ended, as well as a second endline survey one year later (mid-2014).

Across all six countries, researchers found that the program caused broad and lasting economic impacts. Treatment group households consumed more, had more assets, and increased savings. The program also increased basic entrepreneurial activities, which enabled the poor to work more evenly across the year. While psychosocial well-being improved, these noneconomic impacts sometimes faded over time. In five of the six studies, long-run benefits outweighed their up-front costs. However, for households that received the Graduation program in Peru, one year after the Graduation program ended the gains were smaller, compared to most other countries:

Economic impacts: Households that received the program saw an 8 percent increase in food consumption (to 2014 PPP US$82.05 a month on average), but no significant increases in non-food consumption or durable good expenditures.

They did not experience a significant increase in assets or food security, though they saved 2014 PPP US$220.10 a month on average, 26 percent more than households in the comparison group.

Self-employment: Households that received the program earned 2014 PPP US$307.30 in revenue from livestock on average, a 16 percent increase relative to the comparison group, but they did not experience an increase in agricultural income. Nor did they spend any more time on productive activities than comparison group households.

Psychosocial wellbeing: Households in Peru reported being physically in better health and happier than households that did not receive the program.

Cost-benefit analysis: Compared to less comprehensive interventions, the Graduation program had relatively high up-front costs. Researchers calculated total implementation and program costs to be US$2,604 per household in Peru (2014 PPP US$5,742). However, estimated benefits from consumption and assets growth amount to 2014 PPP US$8,380 per household, representing an overall 146 percent return.