In countries where electoral campaigns have historically relied on “one-way” communication strategies such as speeches at campaign rallies, public deliberation—or “two-way” communication between political parties and constituents—may improve the ultimate efficacy of the political process. Researchers partnered with two political parties in the Philippines to evaluate the effect of deliberative campaigns on voter turnout and vote shares. While deliberative town halls did not increase voter turnout, results suggest that they were effective in increasing vote shares by changing voters’ attitudes and making the party’s platform more persuasive among specific societal groups.

In the Philippines and many other developing countries, electoral campaigns have historically relied on “one-way” communication strategies, where candidates transmit their political platforms through party rallies and the distribution of propaganda. However, both theoretical and empirical work suggest that public deliberation, or “two-way communication” between politicians and constituents, may be more effective in eliciting information, encouraging cooperation, and ultimately improving the efficacy of the political process

Public deliberation, as facilitated through town hall meetings, could help both politicians and citizens uncover common interests through the revelation of private information. If policies are generally more reflective of constituents’ interests, deliberation could be used to persuade voters to mobilize in favor of a given platform, increasing party support. In addition, delivering the political platform via town hall meetings may also help that party distinguish itself from its competitors, which in countries like the Philippines rely on “one-way” campaign strategies.

Stemming from the Philippines’ colonial history, elite families have historically controlled political offices. To reduce this monopoly, the 1987 Constitution mandated that marginalized groups—such as indigenous people, women, the poor, and youth—must occupy 20 percent of all seats in the House of Representatives. Rather than vote for specific candidates, these seats are filled according to votes for party-lists, a ranked group of a party’s minority candidates.

In 2013 (the year of this evaluation), 130 parties competed for 58 marginalized group party-list seats. Two party-lists collaborated with researchers on this evaluation: Akbayan (Citizens’ Action Party) and Umalab Ka. Akbayan is a well-established multi-sectoral party that focused their 2013 platform on women. This election marked Umalab Ka’s first time participating on the party-list, and they concentrated their campaign towards the perceived needs of the urban poor and informal workers. 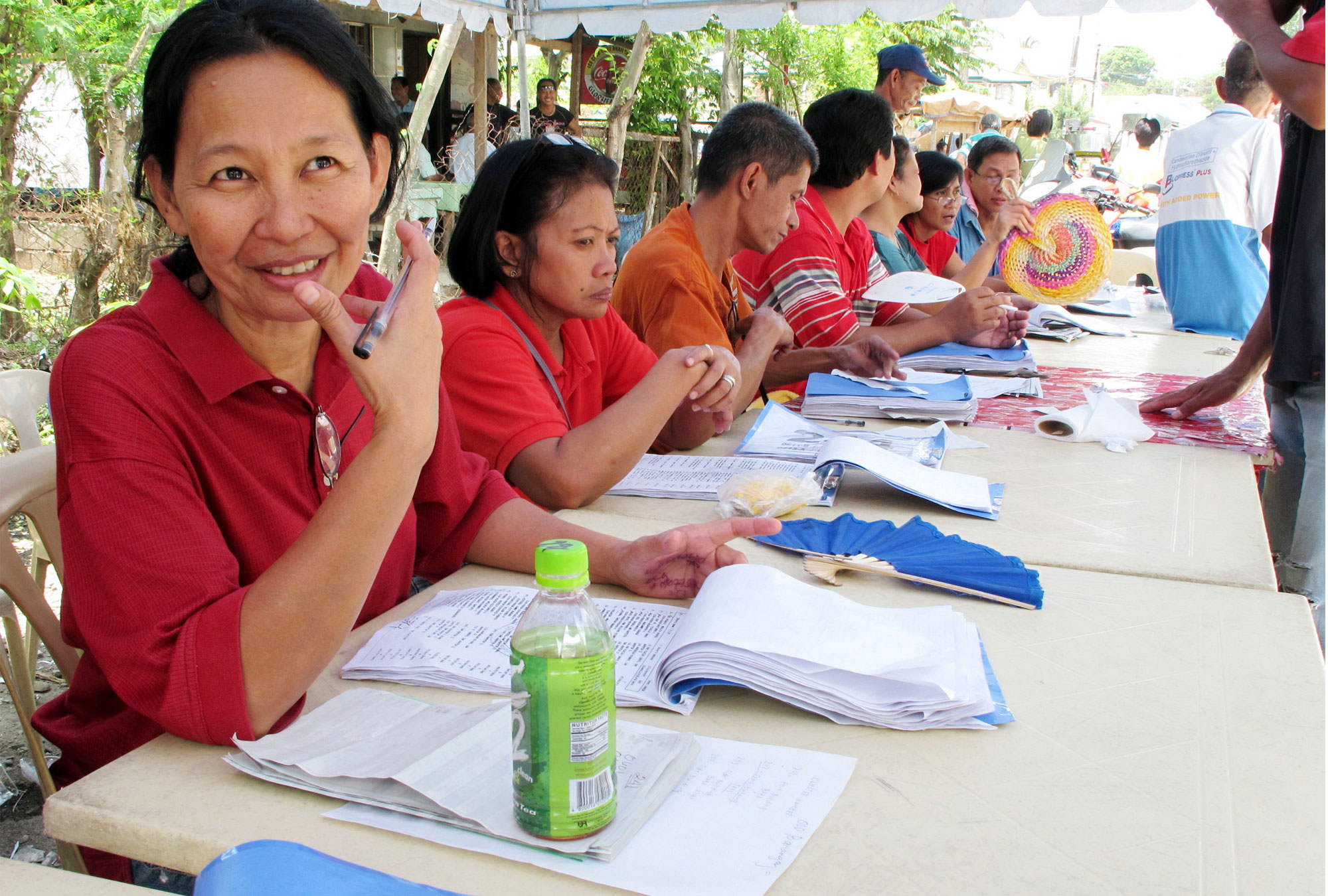 In collaboration with Akbayan and Umalab Ka, researchers evaluated the impact of “two-way” communication town hall meetings on voter turnout and voter share as compared to traditional “one-way” campaigning strategies.

In 39 barangays (electoral units) in and around Manila, researchers randomly assigned 13 to serve as the treatment group and host town halls for either Akbayan or Umalab Ka. The remaining 26 barangays served as the comparison group.

In treatment group barangays, the hosting party-list began town halls by presenting its platform, including its focus on particular societal groups. Akbayan representatives emphasized policies related to marginalized women, while Umalab Ka representatives targeted their campaigning towards the urban poor. In all town hall meetings, participants spent the majority of the time deliberating the party platform. Party representatives encouraged attendees to suggest amendments, as well as additional proposals for potential inclusion. Upon conclusion, representatives committed to summarizing suggestions and proposals for party-list leaders.

In comparison group barangays, parties agreed to not host a town hall, but could pursue traditional campaigning strategies, such as party rallies and distribution of party propaganda.

While deliberative town hall meetings did not increase voter turnout, they were effective in increasing vote shares among the societal groups for which the party platforms were designed.

Impact on voter turnout: The presence of town halls in treatment groups did not increase voter turnout in party-list elections. For all barangays, around 60 percent of registered voters cast a ballot in this election.

Impact on vote share: Across treatment barangays, party-lists hosting town hall meetings increased their vote share around 1.0 percentage point, on average. This is equivalent to a 50 percent increase with respect to comparison barangays and, in the case of Akbayan, would represent an additional seat if extrapolated to the national level.

Evidence from the post-electoral survey provides support that increases in vote share stemmed from the town hall deliberations by strengthening citizens’ attitudes tow ards the hosting party’s platform. Meeting attendees in Umalab Ka town halls were more likely to agree on the importance of poverty-related issues than in comparison barangays, while meeting attendees in Akbayan barangays were more likely to align themselves with gender issues.