The Impact of Irrigation Subsidies on Informal Contracting in Rural India

In developing economies, informal trade arrangements are often essential for low-income individuals to access credit. However, challenges in enforcing payment may prevent individuals from engaging in mutually beneficial trade. To study the effect of enforcement constraints on informal trade, researchers randomly offered different forms of irrigation subsidies to pairs of smallholder farmers and well owners who sell irrigation to their neighbors in rural India. When pairs knew that money would be delivered directly to the water seller, rather than the water buyer, the amount of irrigation purchased increased, leading to higher crop yields and revenues.

In many developing countries, informal trade arrangements between individuals make up a large part of economic activity. However, sellers often struggle to enforce these informal contracts, and concerns about buyers reneging may prevent two parties from engaging in mutually beneficial trade.

Existing literature suggests that informal mechanisms, such as leveraging existing relationships, can reduce enforcement problems, especially in rural villages where community members have strong social ties, low mobility, and repeated interactions. Despite these strong social ties, evidence suggests that individuals often do not trade as much as what would be optimal, and little evidence exists to understand the remaining barriers. To study the difficulties of enforcing contracts on informal trade agreements, researchers randomly offered different forms of time-delayed irrigation subsidies to pairs of smallholder farmers and well owners in rural India who sell water for irrigation.

This study takes place in rural villages in the state of Uttar Pradesh in northern India. Many smallholder farmers in Uttar Pradesh lack the financial resources to drill their own wells or buy engines to pump water onto their land. Instead, they rely on purchasing water from well owners on neighboring plots of land. Farmers rent neighbors’ wells and engines at an hourly rate, often purchasing water from a neighboring farmer multiple times each year, most frequently during the hottest months (May-June). They normally buy from well owners who live close by to minimize water loss from transport over long distances. Water sellers typically demand payment for irrigation at the time of sale or shortly thereafter, rather than allowing farmers to defer payments until later in the season. Many farmers claim that financial constraints prevent them from irrigating as much as they would like during this period. 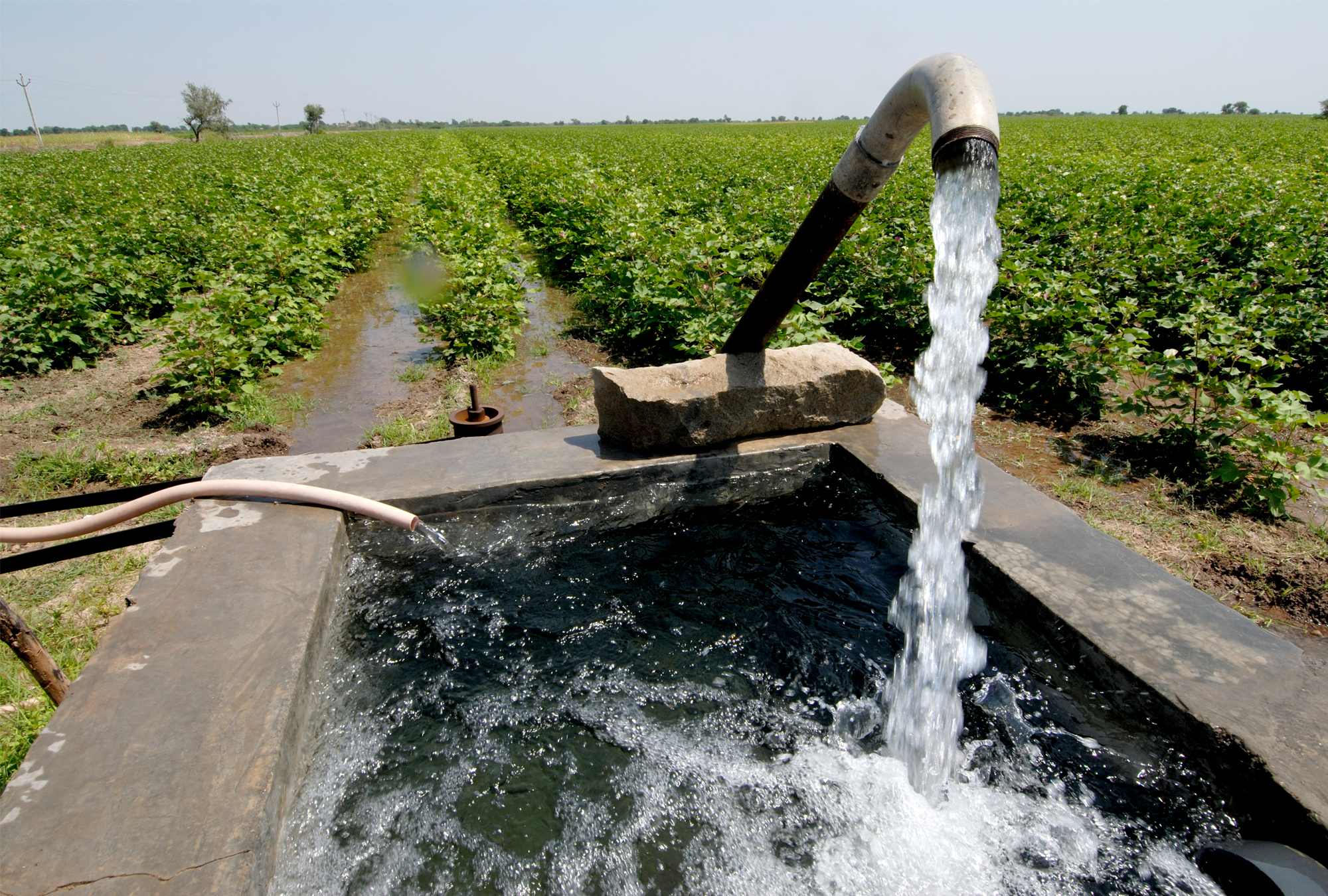 Prior to the intervention, the field team surveyed farmers in each village to identify water buyers—e.g. farmers who cultivated a plot of land without a well on it—and water sellers—e.g. neighboring farmers with a well and pump engine who were close enough to potentially sell water to that buyer. They randomly matched water buyers and neighboring sellers, identifying 407 buyer-seller pairs in total.

Researchers encouraged these pairs to trade by offering to pay subsidies each time the buyer purchased water from the seller over a three-month period that encompassed the main irrigation season (April-June). The subsidy constituted about half the cost of a typical irrigation trade but was not be paid until after the irrigation season ended (in July). To assess potential enforcement constraints, researchers randomly assigned buyer-seller pairs into three categories:

The field team, along with the elected village head (“Pradhan”), met with all buyer-seller pairs to discuss the details of the subsidy offer—including timing, amount, and who would receive the payment—prior to the start of the irrigation season.

The field team surveyed each pair weekly throughout the irrigation season, asking each buyer and seller individually if they had irrigated and checking soil moisture levels. They also gathered data on the number of hours of irrigation purchased, price charged, and the date at which the payment was made. A year following the program, the research team conducted a survey on crop yields and the amount of irrigation purchased from other sellers (outside of the original buyer-seller pair).

When pairs knew that the subsidy would be delivered directly to the water seller, rather than the water buyer, the amount of irrigation trade increased, leading to higher crop yields and revenues. This suggests that sellers’ anticipation of having to recover funds in the future from their neighbors prevents some mutually beneficial trade.

Subsidy take-up: Across both subsidy groups, only 48 percent of buyer-seller pairs ever traded with each other, suggesting that the subsidy offer was not strong enough to facilitate trade for many pairs. However, when the seller received the subsidy, pairs were 31 percent more likely to trade in a given week, relative to pairs in which the buyer received the subsidy. For those in the buyer-subsidy group, poorer buyers were no more likely to trade than buyers in the comparison group, suggesting that they struggled to take advantage of the subsidy because they could not afford the up-front payment to the seller.

Pairs who had never previously traded together—e.g. had no prior market relationship—did not take up the subsidy offer, indicating that the price discount did not sufficiently incentivize them to trade. Furthermore, social differences seemed to reduce use of the subsidy—buyers and sellers of different religions did not make use of the subsidy. These findings suggest that negative social ties may pose important barriers to trade in village communities.

Buyer-seller pairs also had the option to share the subsidy, dividing the amount received between buyer and seller. However, only 18 percent of pairs decided to share the subsidy payment after it was delivered; in the remaining pairs, they stated the subsidy recipient would keep the entire subsidy amount. These results are consistent with the finding that individuals were reluctant to enter into contracts that required a future exchange of funds.