The Perils of Building Democracy in Africa: Evidence from Kenya

Citizen trust and participation in the political system are necessary for stable democratic regimes, as distrust and disengagement can lead to violence and regime change. During the 2013 National Elections in Kenya, the Independent Electoral and Boundaries Commission (IEBC) sent text messages to approximately two million registered voters to promote public interest and knowledge and to raise voter turnout. Researchers found that the text message campaign led to a small increase in voter turnout but significantly decreased trust in the electoral commission, especially among voters linked to the party that lost the election for president.

Citizen trust and participation in the political system are necessary for the stability of democratic regimes, as distrust and disengagement can lead to violence and regime change. In the aftermath of national elections, fragile democracies face the challenge of ensuring that individuals on the losing side of politics remain satisfied with and committed to the democratic system, as the cooperation of election losers is essential for peaceful democratic transitions. While there is a growing body of research on the impact of various forms of information provision on electoral outcomes, there is a need for more evidence on the effects of information campaigns on citizens’ trust in the electoral system and democracy.

The March 2013 National Elections in Kenya took place in a context of broad institutional change initiated by a 2010 constitutional referendum. The new constitution introduced an upper house of Parliament and established a new unit of local government (the county), leading to the creation of two new types of elected representatives: Senators and Governors. On Election Day, voters elected candidates to these new positions, as well as voting for president, National Assembly representatives, ward representatives, and women’s representatives.

The 2013 elections were also the first organized by a new electoral commission, the Independent Electoral and Boundaries Commission (IEBC). The IEBC replaced the Electoral Commission of Kenya (ECK), which had been held responsible for the failure of the previous national election that led to an outburst of interethnic violence in 2007-2008. Kenyan politics are organized along ethnic lines, and few individuals are willing to vote for candidates representing other tribes.

The IEBC took many measures to reduce voter fraud and ensure fairness of the elections, including using biometric voter registration kits to uniquely identify voters with their fingerprints and photographs. In addition, the IEBC invested in electronic systems that would improve transparency by publicly reporting real-time results from polling stations online. However, on the day of the election, the IEBC faced technical difficulties that caused the biometric identification and electronic systems to fail. 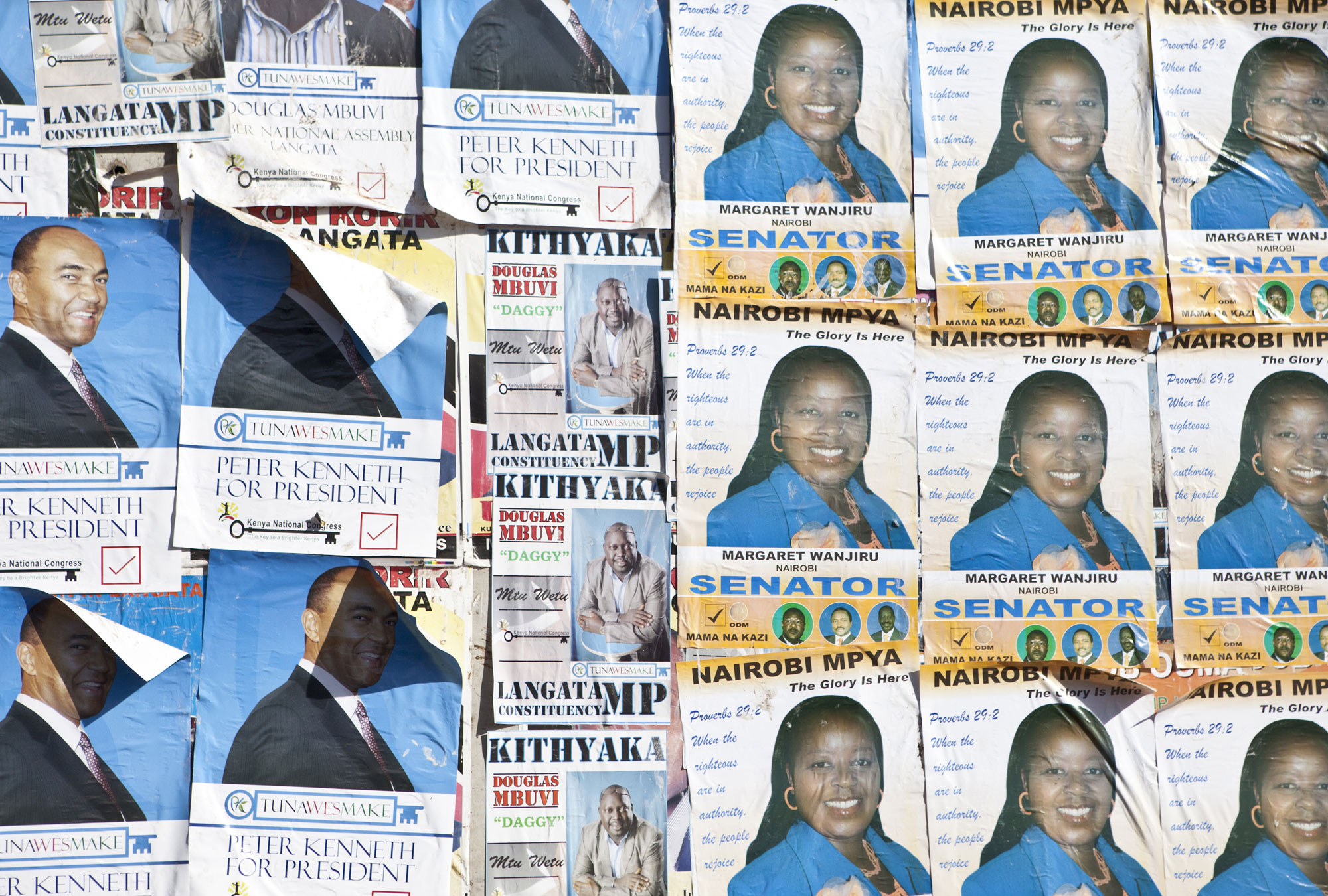 Working in partnership with the IEBC, researchers used a randomized evaluation to measure the impact of information dissemination on voter participation and trust in the new electoral institutions. The study included 12,160 polling stations covering 4.9 million registered voters with a Safaricom cell phone number, the dominant telecom operator in Kenya.

During the six days leading up to the March 2013 elections, the IEBC sent text messages to approximately two million registered voters across the entire country. The messages aimed to promote public interest and knowledge about the election and to raise voter turnout for all six ballots organized for Election Day. Polling stations were randomly selected to receive either:

The text message campaign led to a small increase in voter turnout, but it significantly decreased trust in the electoral commission, especially among voters linked to the party that lost the election for president. Overall, the results indicate that raising expectations about the quality of elections comes at a risk of reinforcing distrust and dissatisfaction with democracy if institutions responsible for organizing and supervising elections do not fully deliver on their promises.

Role of ethnicity: The negative effect of the messages on political attitudes was driven by individuals from ethnic tribes from the losing coalition in the race for President. Of those receiving messages, 90.1 percent of winning coalition members expressed trust in the IEBC, compared to 60.8 percent of losing coalition members. A possible explanation is that the messages increased recipient expectations that the presidential election would be free and fair, but individuals based their judgement of whether the elections were fair on whether their candidate won.

Support for democratic principles: Decreased trust in the IEBC did not debase support for democratic principles; citizens who received the messages remained equally likely to find democracy preferable to any other kind of government, to agree that leaders should be chosen through regular, open, and honest elections, and to disagree with the use of violence in politics.