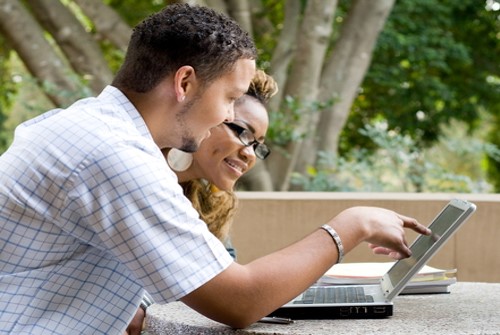 A man and woman work on a laptop.