The United States has a large prisoner population. Many inmates who are released struggle to find jobs or are re-arrested and re-incarcerated. Researchers examined whether a program that provides inmates with services both prior to and after their release could improve employment prospects and reduce recidivism. One year later, the program increased employment and reduced the likelihood of re-arrest. However, earnings among the ex-offenders who were employed were low and left many below the poverty line.

The United States experiences high rates of recidivism among the 700,000 inmates who are released annually from state and federal prisons. About two-thirds of ex-offenders are re-arrested and more than half are re-incarcerated within three years of their release. Economic theory suggests that inmates who are released are more likely to engage in criminal activities if they are not able to earn a living through legitimate work.

Since the 1970s, there have been a small number of randomized evaluations of programs designed to reduce recidivism by improving employment opportunities for ex-offenders and supporting their reintegration into society after they are released. These post-release programs, however, have had little impact on long-term employment or the rates of recidivism. One limitation of post-release programs may be that they start too late to help ex-offenders, who may become overwhelmed by the challenges they face related to employment, family relations, and substance abuse upon release.

The Milwaukee Safe Streets Prisoner Release Initiative (PRI) provided pre- and post-release services to address the various challenges facing inmates. The inmates participating in the study—all male—were on average 27–28 years old at the time of their release and had violent criminal histories or prior gang affiliations. The typical inmate had more than two prior felony convictions and was 19 years old at the time of his first felony conviction. Approximately 85 percent of inmates were black, and one-third did not have a high school diploma. The average inmate read at a ninth grade level. 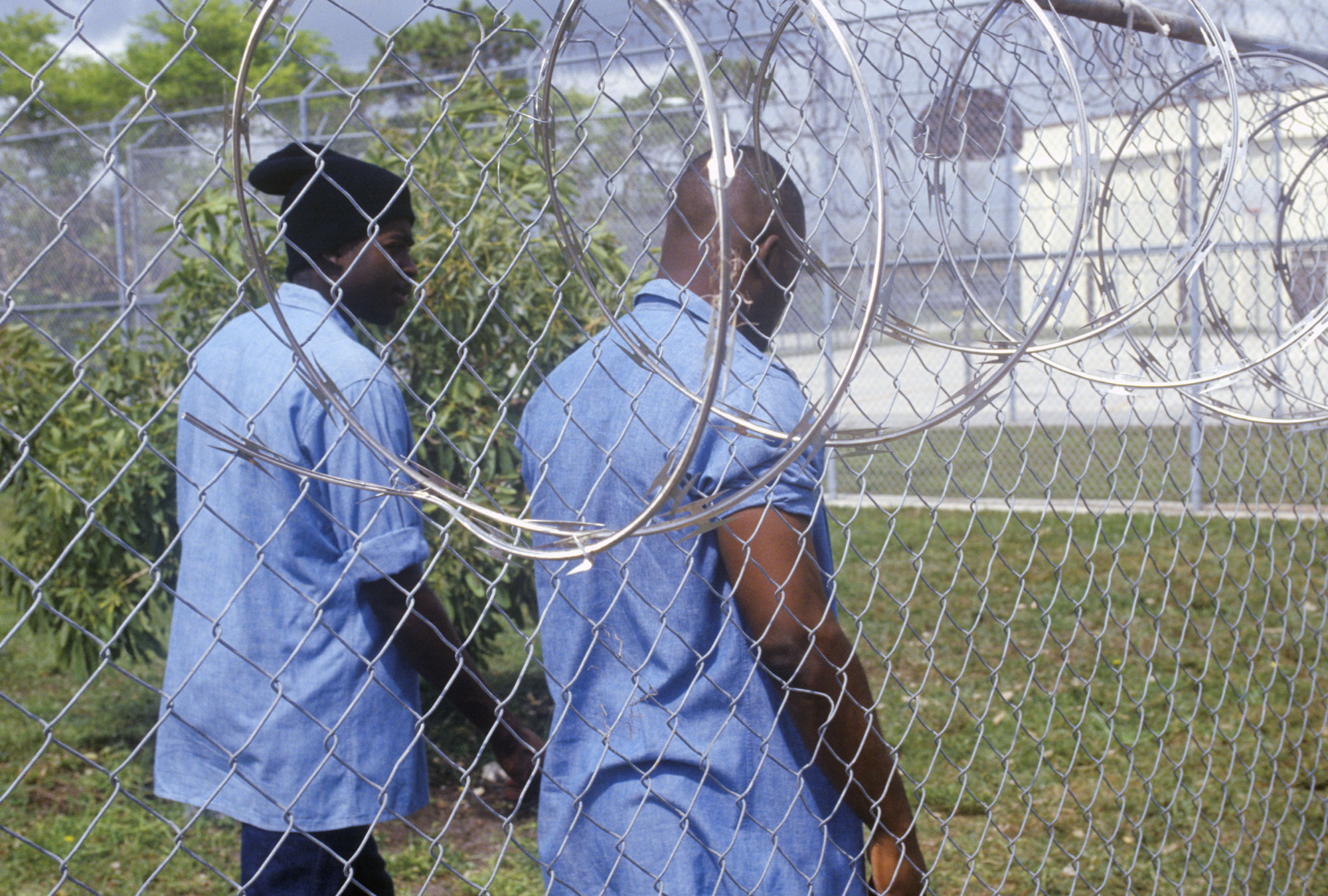 Inmates in a prison in the United States. Photo: Joseph Sohm | Shutterstock.com

To test the effectiveness of pre- and post-release services, researchers partnered with the PRI to offer services to 106 randomly-chosen inmates among a group of 236 deemed eligible. These 106 inmates comprised the treatment group, while the remaining 130 served as the control group. Prisoners were eligible if they were male, aged 35 or under, had a history of violence or gang involvement, and were scheduled to be released in Milwaukee with at least half a year of community supervision.

In the six months prior to release, inmates in the treatment group met with a social worker and were offered guaranteed access to a community employment program, vocational and soft-skills training, remedial education, the chance to participate in restorative justice circles, and treatment for drug and alcohol abuse. Inmates in the treatment group were also expected to participate in a twelve- to sixteen-week long cognitive therapy program to address behavioral issues that could lead to re-arrest.

Among eligible inmates who were released over the course of the evaluation, those in the treatment group were more likely to be employed in each of the four quarters following their release. Contrary to other recent employment-oriented re-entry experiments, the employment effect was sustained after the first six months, which suggests that the PRI had some success in transitioning ex-offenders to unsubsidized employment. Among ex-offenders in the treatment group, 81 percent reported earnings at some point during their first twelve months out of prison, compared to 59 percent of ex-offenders in the control group.

With respect to recidivism, ex-offenders in the treatment group were less likely to be re-arrested in the first year. There was no discernable difference in the rate of re-incarceration between the treatment and control groups.

One of the main objectives of employment-focused programs such as the PRI is to reduce recidivism by increasing earnings through lawful employment and making crime less worthwhile. While the PRI succeeded in increasing employment and decreasing re-arrests, most inmates who were released had earnings that put them below the poverty line. Other studies suggest that many ex-offenders rely on support from family members and social service organizations to make ends meet.

Given that the PRI did not make most ex-offenders self-sufficient, it seems unlikely that it substantially changed the economic costs and benefits of engaging in criminal activity. Instead, its effects on re-arrest rates may be due to some other mechanism. Since many different services were offered to members of the treatment group, additional investigation is needed to understand which services are most effective and why.