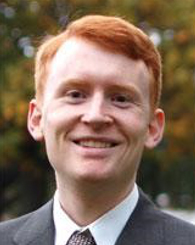 Nick Ryan is an Assistant Professor of Economics at Yale University. He studies energy markets and environmental regulation in developing countries. Energy use enables high standards of living, but rapid, energy-intensive growth has caused many environmental problems in turn. Nick’s research measures how energy use and pollution emissions respond to regulation and market incentives. His work includes empirical studies of the effect of power grid capacity on electricity prices, how firms make decisions about energy-efficiency, and how environmental regulation can be designed to best abate pollution at low social cost. Nick received a Ph.D. in Economics from the Massachusetts Institute of Technology in 2012.

Development economics is fascinating because it touches every other discipline—macro, in the case of growth, health and education and labor, certainly environmental economics, industrial organization and political economy.

What got you interested in development economics, and environment and energy in particular?

Development economics is fascinating because it touches every other discipline—macro, in the case of growth, health and education and labor, certainly environmental economics, industrial organization and political economy. Development economists work in all kinds of styles, on all kinds of questions, and still have a home in the same broad field. This range and the importance of the questions involved got me interested.

Energy and environment as a field exemplifies this scope. If you think about why many developing countries are polluted, it involves the composition or stage of development of their economies, the concentration of industries, people’s valuations for health and the environment, the political economy of establishing strict regulations, and so forth. This complexity makes the subject fascinating.

I have a number of ongoing projects in energy and environment with government partners in India that I am excited about. In order not to pick favorites, I’ll single out a potential new project about agricultural electricity connections and electricity and water consumption. Various Indian states have gone nearly bankrupt subsidizing electricity for agricultural use, which is a “triple bad” policy since it costs the state a lot of money, necessitates rationing of electricity for rural areas, and depletes groundwater needed for irrigation. This project, which is only in the planning stages, would work with one state to move new agricultural customers onto a higher electricity tariff, in exchange for priority in getting a connection (the current wait time is about seven years). The hope is this would reduce electricity and water consumption and make electricity supply a better business so more customers could be reached.

What is your “dream evaluation”? (It doesn't have to be feasible!)

The most useful -with no feasibility constraints- might be an evaluation on the long-term effects of monetary policy, to empirically test the neutrality of money at different time horizons under different policy regimes. I worked at the U.S. Federal Reserve before graduate school and respect their decision-making process a great deal, but there is a lot of uncertainty involved. In my field, I would like to measure the long-term effects of different institutional structures for economic efficiency in energy markets, for example the benefits of privatization of electricity generation, or of credible independent regulation for investment in electricity as a whole.

One that has stuck with me was being berated by a factory owner for wanting to collect data on his operations. I was with a research associate soliciting owners to increase compliance with an experimental treatment offering industrial energy audits. This owner was skeptical of any outsiders. After accusing us of being foreign agents and going on for some time, he saw we were unmoved, and took it as a sign of credibility— he gave us tea and his son gave us a tour of the factory. Incidentally, their equipment was not very efficient...