To address employability and promote self-employment, the Government of Malawi launched a vocational training program for vulnerable youth. Working with the government, researchers conducted a randomized evaluation of the program’s effect on skill development, economic outcomes, and measures of well-being. While the results indicate that the training generally led to increased skills development and improved well-being, the program had much more positive effects for men compared to women, and had no impact on labor market outcomes in the short-run for either gender.

Some 200 million people, including 75 million under the age of 25, are unemployed, and youth unemployment levels are often twice or more the national unemployment average. One way to address this issue is through targeted job training programs, which provide young people with opportunities for skill acquisition and employment. Despite their popularity, the existing evaluations of such programs are mainly from developed countries and rely on non-experimental techniques, leaving little reliable evidence on the effects of such programs in developing countries. In addition, more than 80 percent of the workforce in Sub-Saharan Africa is self-employed through small businesses and household enterprises (as opposed to wage work), making entrepreneurship and vocational training programs in this context more relevant than formal job training programs. Vocational training intends to impart practical skills, increase awareness of higher-paying job opportunities, and improve knowledge of how to access better jobs and how to connect to potential employers. Apprenticeships of this type are common in Sub-Saharan Africa, as a way for youth without access to formal education to gain employable skills.

Malawi is one of the world’s poorest countries, with over 60 percent of the population living on US$1.25 a day or less. Unemployment among youth is high (9.6 percent for women, 8.5 percent for men), and levels of formal education are low (58 percent dropout rate after primary school). Most youth rely on low-productivity subsistence agriculture or self-employment to support themselves and their families.

To address employability issues, promote productive self-employment, and reduce vulnerability to risky sexual behavior, in 2009 the Government of Malawi piloted a new apprenticeship program through the Technical Education and Vocational Education and Training Authority (TEVETA). TEVETA identified a pool of master craftspeople (MCs), based on their expertise and business performance, and provided them with a one-day training on how to use the customized training module specific to each of their trades (e.g. auto, clothing, construction, metalwork). Each MC trained between 1 and 8 youth at their workshop for approximately three months. The program was designed to provide apprenticeship rather than classroom-based training, and targeted mainly orphans or school dropouts aged 15-24. 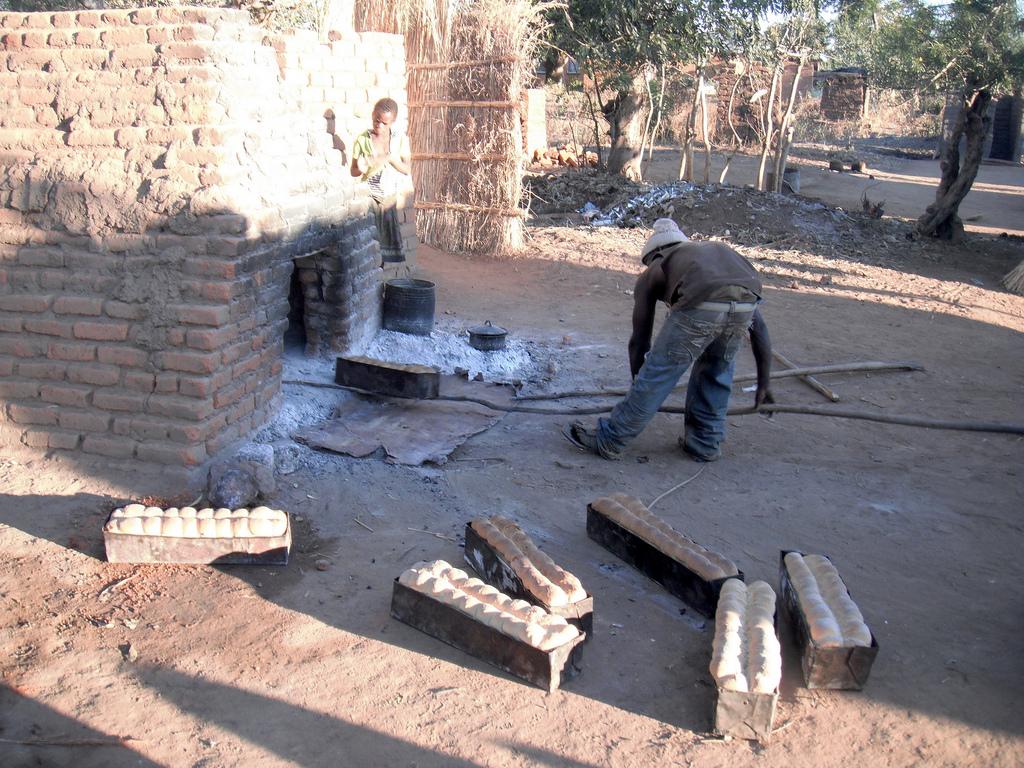 Working with TEVETA, researchers evaluated the impact of the vocational training program on skill development, employment and well-being. Eligible youth, mainly orphans or school dropouts, from 28 districts in Malawi were randomly assigned to either the treatment group that started the program immediately, or the comparison group that started the program around four months later. Two-thirds of the 1,900 eligible youth were randomly assigned to the treatment group, while the remaining third was assigned to the comparison group.

Training started between August 2010 and May 2011 and lasted an average of three months—the exact duration depended on the type of skill being taught. Researchers deployed a follow-up survey between June and August 2011, which included questions on time use, employment status, psychological well-being, risky sexual behavior, and trainee assessments of training quality.

Like many development programs, TEVETA suffered from several setbacks including trainees who did not receive training invitations, non-participation by invited trainees, and trainees who started but did not finish the program (dropouts). Researchers tracked a large portion of program dropouts in order to examine the determinants and consequences of dropping out.

Skill Development, Human Capital, and Economic Outcomes: Individuals invited to the training program increased their self-reported level of expertise by 2.6 points on a 10-point scale (compared to a baseline of 2.6 points for the comparison group). Training also increased participants’ ability to calculate profit and increased the likelihood that a respondent knew how to start a business. After the training was complete, trainees continued to invest in human capital and increased their total hours spent on skill development by 6.5 hours a month, a large increase relative to how the comparison group spent its time. There was no discernible impact of training on the total earning or on total monthly expenditure.

Well-being and Health Behaviors: Participating in training had strong positive effects on subjective measures of well-being. Training increased the share of respondents who reported being happy and satisfied with life, and who agreed that life had improved during the last year by 5 and 7 percentage points, respectively (relative to 78 and 61 percent, respectively, in the comparison group). However, there were no statistically significant effects on health behaviors.

Gender Differences: While there were many positive effects of the vocational training program, these results were mainly driven by male participants. Women invitees spent less time in training compared to men and were no more likely to spend additional time on skill development after training compared to non-invitees. They experienced a much larger decline in personal savings, had lower earnings, and were less likely to have started a business in the previous 12 months.

It is likely that women’s responsibilities at home prevented them from taking full advantage of the training. By tracking down program dropouts, researchers were able to evaluate individuals’ reasons for dropping out and the differential effects of the program by gender. Women cited family obligations as a key reason for not participating in the program, and were more likely to mention getting married or transportation problems as reasons for dropping out. In general, female participation appears to have been much more sensitive to external constraints (e.g, illness and getting fired) compared to their male counterparts. These results shed light on the more stringent constraints under which poor girls have to make decisions in developing countries, and how these may lead to a worse training experience.