Having accountable politicians is essential for policies to reflect citizens’ needs. While a large evidence base exists on interventions aimed at improving the accountability of politicians who area already in office, less research exists on how to motivate new, responsive individuals to become politicians. Researchers examined the impact of different types of motivation on the number and quality of candidates running for village councils in Pakistan, electoral outcomes, and elected candidates’ policy alignment with citizens’ interests. Researchers found portraying politics as socially beneficial–rather than personally rewarding–increased candidate entry, their electoral success, and elected officials’ policy alignment with citizen preferences.

Having accountable politicians is essential for policies to reflect citizens’ needs. While a large evidence base exists on interventions aimed at improving the accountability of politicians who area already in office or running for office–such as through voter information campaigns–fewer research exists on how to motivate new, responsive individuals to become politicians.

One method to increase the number of “good” politicians–i.e. those that carry out policies that are responsive to citizens’ preferences–might be to encourage average citizens who may be more intrinsically motivated to help the community to run for office. Another method might be to highlight personal returns such as status and influence as a way to induce more career-minded people to seek political office. Does varying how political office is portrayed to ordinary citizens affect who runs for office, who is elected, and ultimately, elected politicians’ accountability?

Khyber Pakhtunkhwa (KP) is a province of thirty million people in Pakistan. In 2013, the provincial government established a new law that required the creation of elected village councils. The KP Local Government Law required a council to be set up in each village with a population between 2,000 and 10,000. These councils have two primary responsibilities: first, they decide how and where to spend an annual budget of approximately US$20,000. Second, they monitor the quality of public services provided to citizens including education, health, and sanitation, and report on their performance to sub-district and district governments. Compared to provincial averages, the study settings of Haripur and Abbottabad have slightly higher health, education, and public service outcomes overall. In all villages, councils receive a small village fund to undertake development work such as lining drains and providing streetlights.

Elections to village councils are conducted on a non-party basis, by prohibiting political party workers from using the party name and platform in campaigns.1 Local community members place a large importance on these elections: turnout rates are nearly 40 percent higher than at national elections. Any citizen of Pakistan who is at least 21 years old, has a clean financial history, has no criminal record, and who is enrolled as a voter, is eligible to run for membership of their local village council. However, becoming a candidate requires careful deliberation and has costs. Citizens must collect candidacy papers, prepare legal declarations, and deposit approximately US$10 through a bank draft to have their candidacy accepted. 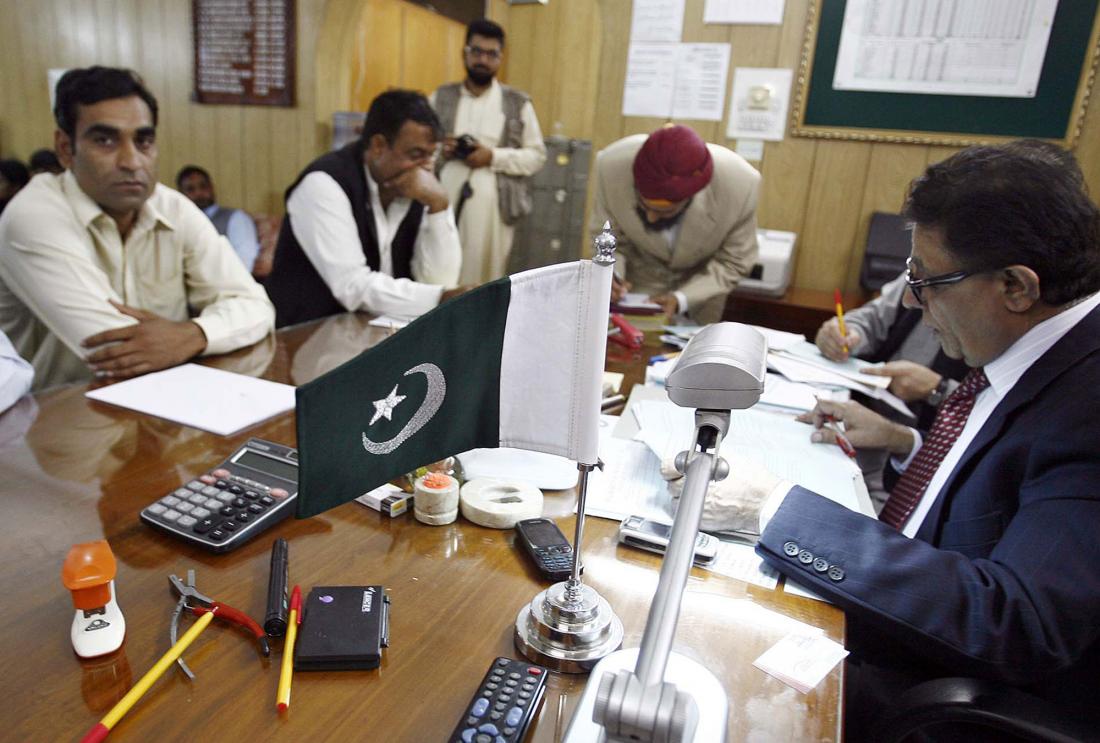 In partnership with the NGO Sangum, researchers conducted a randomized evaluation to examine the impact of portraying different types of messages when encouraging citizens to run for political office on their likelihood of running for and being elected to office.

Researchers randomly assigned 192 villages, each containing an average of 48 households, to one of three groups named after the type of motivational message delivered: social, personal, or neutral (comparison group). Mobilizers from Sangum delivered these messages between March and April 2015, in advance of Election Day on May 30.

Researchers also varied the setting in which each message was delivered. In all groups, researchers first met privately with a male from each household to deliver one of the three message variations, then invited that individual to participate in a public meeting to receive a second message as described below. This allowed researchers to determine whether any effects of the messages were driven by social influence (i.e., when delivered in a public setting).

About one year after the elections, between June and July 2016, researchers followed up on the households to determine whether any of the treatments led to a change in the number of candidates running for membership in village councils. Researchers measured elected candidates’ policy alignment with citizens by comparing how elected councils spent their budget with citizens’ budget spending preferences. Researchers also measured citizens’ preferences, attitudes towards politicians, satisfaction with policy decisions, and trust in state institutions through complementary surveys before and after the election.

Portraying politics as socially, as opposed to personally, beneficial, increased both the number of citizens running for office and the number of elected politicians whose policies and budget spending matched citizen preferences. Social messages were most effective when delivered in public, suggesting the importance of social norms and channels of social influence in motivating accountable citizens to run for office.

Policy Alignment: One year after the elections, elected councils in villages that received social messaging had greater policy alignment with citizen interests. In particular, councils in the social group spent their budgets in a manner that was significantly more aligned with citizen preferences, especially in the categories of municipal and infrastructure spending, with citizens 17.3 percentage points more likely to express satisfaction with the village council’s projects. Compared to the personal group, councils in social villages had more policy alignment after the one-year mark, and citizens were 12.1 percentage points more likely to express trust in state institutions. Researchers predict that social messages may have increased policy alignment by inducing more educated citizens to enter as candidates, thus changing the pool of candidates who ran for and got elected to office.

Overall, these results suggest that non-monetary, pro-social messages can be a powerful method of encouraging citizens who become “good” politicians to run for and be elected to office, especially when delivered in a public setting.