High Hopes: Saving for High School with a Mobile-Money Lock-Box in Kenya

In many countries in sub-Saharan Africa, the transition from primary school to high school is costly for students and their parents in Kenya even when tuition costs are low. In Kenya, researchers partnered with a telecom operator to evaluate the impact of a commitment savings account, called the “High Hopes” Lock-Savings Account, on account usage, savings and loans, and school enrollment. The study found that many parents used the accounts–usage rates increased by about 25 percentage points–and that among those who took up the account, total financial savings increased by three to four times. Parents who saved were also 18-24 percentage points more likely to enroll their children in high school. However, the results were nearly the same for a more conventional mobile savings account that did not offer the commitment bonus, suggesting that easy access to a means of saving, even absent behavioral incentives, was enough to affect parents’ decisions.

Saving for long-term goals can be difficult. Many people have a tendency to focus their attention and income on immediate demands and temptations while postponing, or simply forgetting, long-term savings goals. This problem may be especially acute for low-income individuals in developing countries, who often lack access to easy-to-use and low-cost banking services. However, recent evidence suggests commitment savings accounts can be designed with product features that help the poor commit to their savings plans and overcome these barriers. This project builds on this body of evidence and tested whether a commitment savings account could also help clients meet savings goals when offered via a mobile money platform. The study evaluated if long-term savings could be encouraged by including both a waiting period for early withdrawals and an interest rate bonus on funds saved until the goal date.

The transition from primary school to high school can be costly for students and their parents in Kenya even when tuition costs are low. Starting high school may require new school supplies, books, uniforms, and even mattresses and other personal items if they are moving to boarding school. However, saving for these expenses can be difficult for parents who have competing demands on their income. Long-term savings goals can often fade from parents’ attention in favor of more immediate spending decisions.

At the same time, the introduction of mobile money now allows users to conduct financial transactions and basic banking services on simple cell phones. This technology has greatly expanded access to financial services for the majority of Kenyans and provided an opportunity to create financial products tailored to specific needs. This project leveraged a mobile money platform to offer a savings account designed to help individuals save for long-term goals like the transition from primary school to high school. 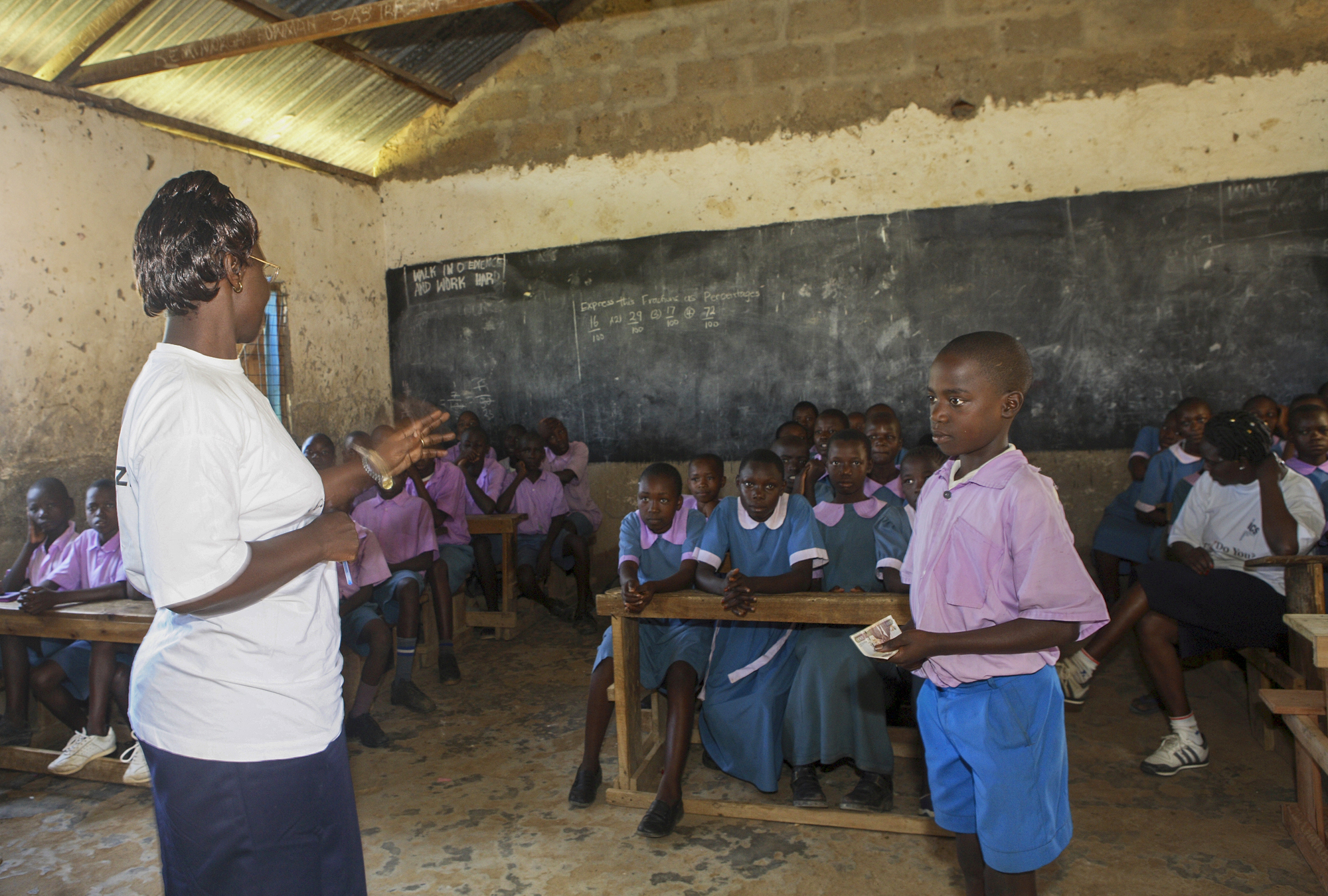 Researchers partnered with a telecom operator in Kenya to evaluate the impact of a commitment savings account, called the “High Hopes” Lock-Savings Account, on account usage, savings and loans, and school enrollment.  The account can be accessed by any customer of the mobile operator, but for this project it was specifically marketed to parents wishing to save for their children’s high school expenses. It is offered through the telecom provider’s mobile money platform and can be opened directly from a client’s cell phone. To incentivize clients to meet their educational savings goals, the account features an interest rate bonus on savings held until a goal date set by the client. The account also features a 48-hour waiting period before savings are released for withdrawals before the goal date. This waiting period is designed to provide an additional barrier to help reduce spending on temptations.

The product was marketed to parents with children in the last year of primary school. Three-hundred and forty primary schools across three districts in Kenya were randomly assigned to one of three groups:

Half of the participants in all three groups were also randomly assigned to receive SMS-based messages reminding them to save for their children’s transition to high school.

Researchers surveyed participants before they were offered an account and again after six months to evaluate if the High-Hopes account helped parents save for their children’s transition to high school compared to a regular mobile-based savings account or traditional savings methods. The surveys were also meant to evaluate if regular reminders to save can help clients meet their savings goals. Researchers also collected transaction data from the partnering telecom provider to measure account use, as well as administrative data from the School and Ministry of Educations to track high school enrollment rates.

Researchers found that many parents used the accounts – usage rates increased by about 25 percentage points relative to the comparison group – and that among those who took up the account, total financial savings increased by three to four times. Parents who saved were also 18-24 percentage points more likely to enroll their children in high school. However, effects on savings and school enrollment were nearly the same for both the LSA and MBA, suggesting that easy access to a means of saving, even absent behavioral incentives, was enough to affect parents’ decisions.

Savings and loans: Parents who opened a mobile savings account (either an MBA or LSA) as a result of the project saved about US$11 in that account on average -- a nearly fourfold increase from the comparison group. The effect on mobile savings balances came from two sources: Those who were already saving saved more on average, and dis-savers - those who were in debt - took on less debt.

Finally, using either type of mobile savings account increased participants’ likelihood of taking out credit through the mobile banking platform by 3 to 5 percentage points (about a 50 percent increase). These kinds of savings rates and credit responses could conceivably make a difference to parents’ decision to enroll their children in school, as the average reported cost of the transition to high school was around US$380.

School enrollment: There was a 5-6 percentage point increase in high school enrollment among all participants offered a mobile savings account. The effect was more pronounced among those who actually opened an account: enrollment increased by an estimated 18-24 percentage points, from 62 percent to nearly 83 percent. The exact means through which parents financed this increase in education is not clear–based on self-reported data, there is no evidence that their increased payment of school fees was directly funded through mobile savings. However, the size of mobile savings account balances was positively but weakly correlated with the likelihood of enrollment.

Finally, the SMS reminders to save for high school had no statistically significant effect on the level of savings or school enrollment.