Do Job Networks Disadvantage Women? Evidence from a Recruitment Experiment in Malawi.

In developing countries, women are commonly underrepresented in the formal sector. One potential explanation is that a large proportion of these jobs are secured through informal channels, including employee referrals, which may disadvantage women. Innovations for Poverty Action (IPA), a non-profit research organization examined how informal job referral systems affect labor market participation for women in Malawi using a randomized evaluation and found that informal referral schemes systematically disadvantaged qualified women.

While the gender gap in labor force participation worldwide has declined sharply over the last thirty years, women in developing countries are commonly underrepresented in the formal sector. This may be due to discrimination or differences in education and relevant skills between men and women. Another possibility is that hiring processes themselves disadvantage women. A large proportion of jobs are secured through informal channels, including employee referrals, and theory suggests that hiring based on social networks has the potential to create inequality for certain groups, such as women. For example, women may be less likely to be hired through a referral if they work in occupations where social networks are less relevant. On the other hand, women could benefit from referrals through their social network if their peers can identify important, hard-to-observe characteristics that employers might otherwise miss. In practice, there is little rigorous evidence on the effects of referral systems on women’s labor market participation. More research is needed to understand how informal job referral systems affect labor market participation for women.

Women in Africa are more likely than men to work in an informal occupation such as small-scale farming, street-vending, or domestic labor. In Malawi, less than one-third of women participate in the formal labor force, compared to nearly 58 percent of men.

Innovations for Poverty Action (IPA), a non-profit research organization with offices in a number of developing countries, including Malawi, often hires enumerators to conduct interviews of farmers, business owners, and households in both rural and urban areas. IPA Malawi has a preference for hiring female enumerators since same-gendered enumerators can be important for administering sensitive questionnaires to women. However, the office has often struggled to find enough qualified women to fill these positions, and women typically comprise only 15 to 20 percent of enumerators hired. 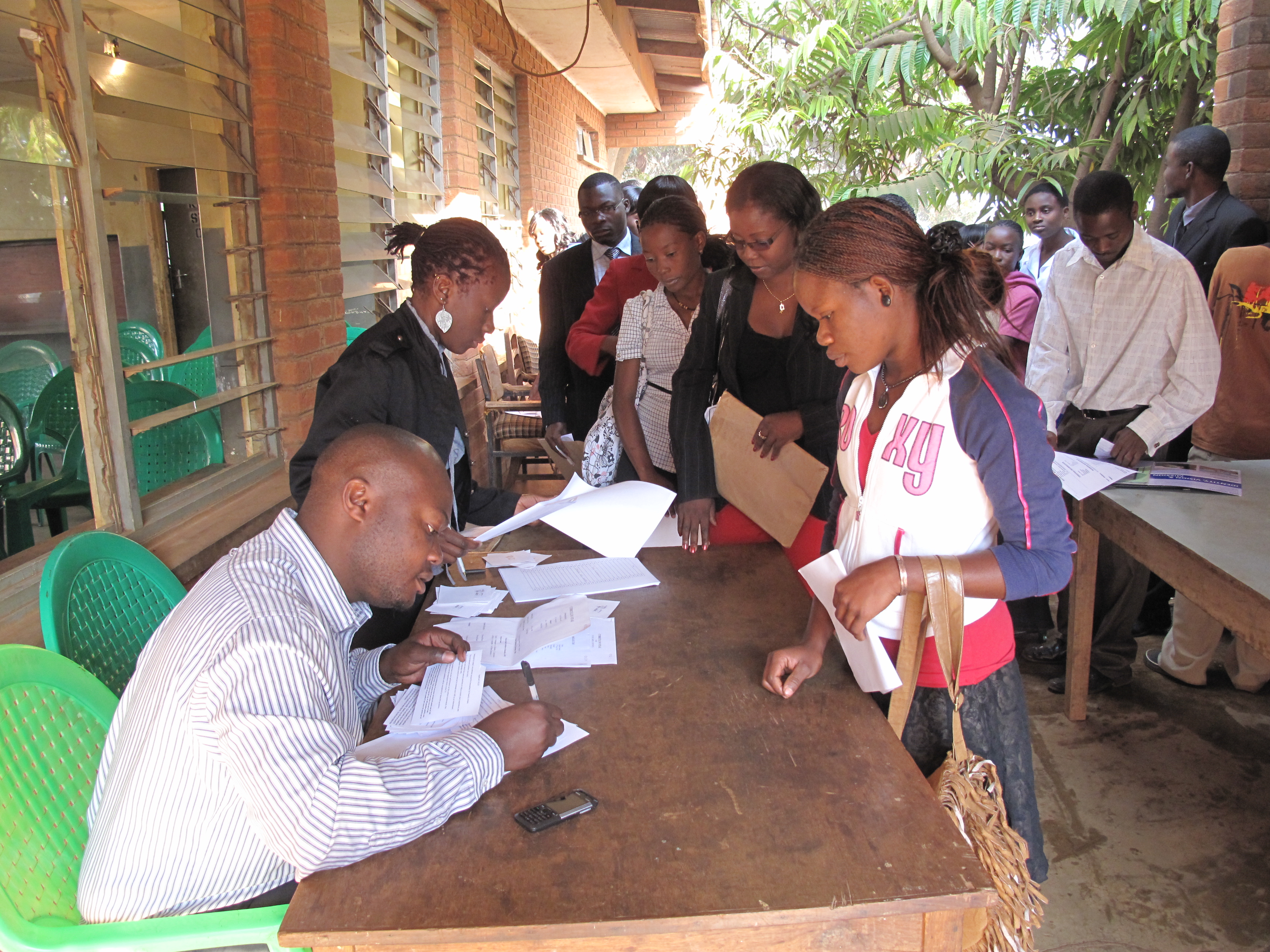 IPA Malawi conducted a competitive recruitment drive to find qualified men and women to serve as enumerators for its ongoing field research activities. At the conclusion of the interview process, candidates who applied through the recruitment drive were asked to refer a friend or relative to apply for the position and were offered compensation for making the referral. The referral process was randomized along two dimensions. First, candidates were randomly assigned to be told what gender of person they must refer:  a woman, a man, or someone of either gender. Second, randomly selected candidates were given a “finder’s fee” that was either fixed at 1000 or 1500 Malawi Kwacha (MWK), or variable between 500 and 1800 MWK depending on the qualifications of the person they referred.

The random variation in the structure of the finder’s fee allowed researchers to observe how the characteristics and quality of referrals vary under different incentive schemes. For example, when applicants earn a fixed monetary sum, they often have stronger “network incentives”—incentives to refer people who give them the highest social payments, such as general goodwill and strengthening of relationships. When their compensation is based on the quality of their referral, on the other hand, they have often have stronger “performance incentives”—an incentive to refer people of high ability.

In addition to the imbalance in the gender of referrals, researchers found significant differences in the quality of referrals made by male and female applicants. While men made referrals who were as likely to qualify for a job as the average applicant, women were 18 percentage points less likely to refer someone who qualifies than a male candidate, regardless of which gender they chose to refer. In other words, even in the rare cases when men referred women, those women were more likely to qualify than the women referred by other women.

These trends do not appear to be driven by segregated social networks. Men were just as likely to be connected to qualified women as they were to qualified men. Results suggest that the observed differences in the gender of referrals could be due to differences in the kind of social payments (such as general goodwill or the potential for monetary or in-kind payments from their referrals in the future) that men and women receive. Women might receive higher social payments from individuals who are significantly less likely to qualify than the average applicant. Overall, incentives within both men’s and women’s social networks make it harder for qualified women to get job opportunities through referral-based hiring schemes. As a result, employers may want to consider the potential for discrimination when designing referral-based hiring procedures.