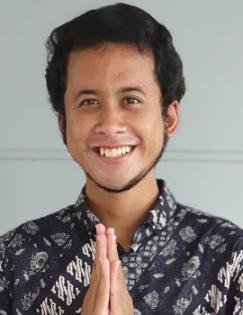 M. Radhiyan Pasopati Pribadi is a Research Associate at J-PAL Southeast Asia, where he currently works on evaluating interventions that aim to develop governance capacity of village leaders in Indonesia. In this capacity, he nurtures cooperation with partners and develops logistical and operational groundworks for research. Prior to joining the J-PAL team, he was a teacher and community organizer in education at Indonesia Mengajar Foundation. He was stationed in Yapen Islands Regency, Papua, where he did teaching, and collaborated with village government and other local stakeholders in the regency. He also led the initiative to establish the first Public Library of Sambrawai Village with 100+ books.

Radhiyan is passionate about tackling inequality in Indonesia, and aspires to work on rural development in his country. He graduated from Universitas Indonesia (UI) as a bachelor of political science, where he received the Most Outstanding Student awards from the Faculty of Social and Political Sciences and the Department of Political Science. Upon graduating, he has also worked as a research analyst in a consulting firm based in Jakarta.