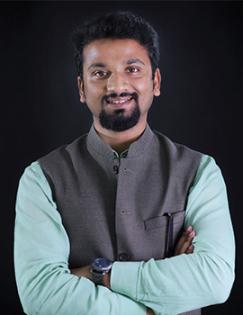 Sandeep Kr. Singh is a Video Producer for J-PAL Global at MIT. As the Video Producer, he leads the organization’s video production strategy, lead development and execution of new video content and develop strategies for disseminating video content.

Prior to joining J-PAL in 2018, as an independent filmmaker, he produced a wide variety of fiction and non-fiction content for corporates, not for profit organizations, Government ministries and academic & research institutions in India and internationally.

Sandeep received an MA in media and cultural studies from School of Media and Cultural Studies at Tata Institute of Social Sciences, Mumbai and a BA in journalism and mass communication from Guru Gobind Singh Indraprastha University, Delhi.