Last updated:
Programs that encouraged investments in residential energy efficiency had limited returns in several impact evaluations in real-world settings. Relatively small impacts on energy savings coupled with low take-up meant that encouraging these investments through information campaigns and subsidies was not a cost-effective strategy to reduce greenhouse gas emissions. 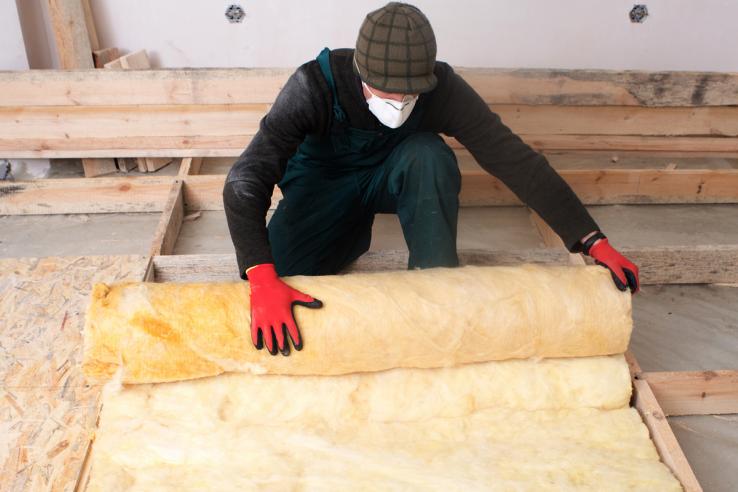 In 2018, global investments in energy efficiency totaled US$240 billion. Many policymakers promote energy efficiency as a top strategy for reaching greenhouse gas emissions reduction targets to mitigate climate change.1 Energy-efficient technologies could help households consume less energy and save money on their energy bills. In theory, over time, these savings could outweigh the upfront costs of these technologies while also benefiting the environment.

Some common features of residential energy efficiency programs include home audits to identify inefficiencies, retrofits to upgrade inefficient homes, and appliance replacement. To encourage take-up of these programs, policymakers and implementing organizations often provide information on the benefits of energy-efficient technologies or offer discounts and subsidies for purchasing new efficient appliances or retrofitting less energy-efficient homes.

A review of five randomized evaluations and three quasi-experimental evaluations of programs that encouraged investments in residential energy efficiency in the US and Mexico found that few people took them up. Four evaluations that measured energy savings found lower-than-expected returns in real-world settings. Relatively small impacts on energy savings coupled with low take-up meant that these programs were not a cost-effective strategy to reduce greenhouse gas emissions.

Energy savings were smaller than expected in part because projections overestimated the program’s potential impact or because people’s responses to the programs undermined reductions in energy use, or both.

Rather than prioritize the status quo strategies, policymakers interested in reducing greenhouse gas emissions should consider policies and approaches that come closer to a direct incentive tied to carbon emissions. For example, subsidies for energy efficiency could pay per unit of emissions avoided, rather than paying a flat rate for participation regardless of potential or achieved impact, as many subsidy programs do.

A number of residential energy efficiency programs have fallen short of predicted energy savings. Of the four studies that measured impacts on energy use, one found no energy savings [1] and three others found that residential energy efficiency programs achieved only a portion (ranging from 25 percent to 58 percent) of their projected impact [2] [3] [4]. The projections of energy savings—which are based on engineering models—used some inaccurate assumptions, often overestimating how much energy people were consuming at baseline or how many people would participate in the program.

For example, in Mexico, projections of savings from installing energy-efficient upgrades in new, affordable housing overestimated how many homes would choose to have air conditioning (AC) [1]. Without AC, the upgrades had little potential to reduce energy consumption because people cooled their homes by opening windows.

A program that subsidized home energy audits and energy efficiency investments in Wisconsin achieved only 58 percent of its expected impact due to inaccurate projections of potential energy savings [4]. Another energy audit tool overestimated baseline natural gas usage by more than 25 percent among Michigan households [2]. Consequently, the projections assumed households were less efficient than they were in reality and therefore overestimated the returns to subsidized home improvements like insulation and furnace replacement.

Many residential energy efficiency programs are voluntary, which means that the accuracy of projected energy savings also depends on assumptions about how many people participate, their energy consumption, and what purchases they would have made otherwise. Across five programs, take-up of new appliances and home audits ranged from 1–17 percent [2] [3] [4] [5] [6].

In Mexico, projections of a national subsidized appliance replacement program assumed that households would trade in appliances that were considerably older than the appliances actually traded in [3]. Under a subsidized appliance replacement program in the United States, more than 70 percent of households that used rebates would have bought efficient appliances even without the rebate [6]. Projections and eligibility criteria should consider whether programs would largely subsidize purchases that consumers would have made even without the subsidy or rebate.

As a result of low take-up and limited impacts on energy use, residential energy efficiency programs were not cost-effective strategies to reduce energy consumption or carbon dioxide emissions (CO2). From a policymaker’s perspective, one benchmark for interpreting the cost-effectiveness of climate change programs is the social cost of carbon (SCC), which values the negative impact of carbon emissions on health and productivity in dollar terms. In 2017, the US government valued the SCC at US$50 per metric ton.2 Programs that achieve carbon reductions at a lower cost per ton than the SCC can be considered more cost-effective, while programs with higher costs are considered less cost-effective.

Weatherizing homes in Michigan averted CO2 emissions at a cost of US$200 per ton [2]. Subsidizing appliance replacements in Mexico cost US$547 per averted ton of CO2 [3]. Installing energy efficiency measures in new homes in Mexico added roughly US$400–500 to construction costs, with no impact on energy use [1]. Subsidizing audits for homes in Wisconsin generated higher costs to society than benefits, as calculated by the researchers. It is important to note that energy efficiency programs are often motivated by multiple policy goals, such as job creation or economic stimulus. The cost-effectiveness of CO2 abatement may be just one of a number of criteria policymakers use in their decisions to invest in programs like these.

One challenge for improving cost-effectiveness is that most programs recruit broad groups to participate, regardless of potential emission reductions. Both the underlying fuel and how efficiently the grid distributes energy influence the carbon impact of reducing energy use. For example, programs may have a bigger impact if primarily targeted to households that get power from coal power plants, which produce relatively more carbon. Policymakers should pursue targeted recruitment strategies to amplify the impact of energy efficiency programs.

Engineering models that do not account for human preferences and behaviors are prone to overestimate potential energy savings. In Mexico, installing energy-efficient measures (such as insulation) in new homes did not decrease energy consumption because households often kept their windows open, nullifying the potential impact of insulation [1]. In both Mexico and the US, projections for subsidized appliance replacement programs did not realistically account for consumer purchase decisions. Consumers bought higher-quality appliance models with greater capacity and more features than their previous units, which––even though they were more efficient––increased energy consumption relative to projections [3] [6].

Energy efficiency programs that make it cheaper for people to consume energy may lead people to consume more energy, rather than less. For example, in Mexico, households that used a subsidy to replace their old ACs ran their units more intensively, leading to a 3.4 percent increase in energy consumption during summer months [3]. This is an extreme example of a rebound effect. In most cases, rebound effects of energy-efficient technologies are unlikely to fully offset potential energy savings.3 Combining engineering estimates with insights on human behavior from impact evaluations could help policymakers better predict how effective and cost-effective these programs can be.

There is little evidence that a lack of information on energy efficiency decreases take-up. Across three randomized evaluations in retail settings in the US, learning about the costs and potential benefits of energy-efficient technologies did not change consumers’ purchasing decisions for water heaters, lightbulbs, or vehicles [5] [7] [8]. This may reflect that consumers are already aware of the costs and benefits of energy-efficient technologies or they ignored the information, even if adopting energy-efficient measures would have benefited them. In two studies, researchers tested providing information alongside rebates. Coupling these strategies did not increase take-up more than rebates alone [5] [7].

Four studies found that offering customers discounts for energy-efficient lightbulbs and appliances in retail settings, and through national subsidy programs, increased purchases of these technologies [3] [5] [6] [7]. While discounts or rebates increase take-up of energy-efficient technologies, it is unclear that untargeted subsidies for residential energy efficiency is a good use of scarce public resources allocated to climate change given their limited impacts on energy consumption. Subsidies could be improved by tying the subsidy amount to the emissions reductions achieved.

More research is needed on the impacts of energy efficiency investments in commercial settings. Industrial and commercial entities account for more than half of the world’s total energy consumption.4 However, in theory, there may be less excess energy use in commercial entities relative to households if firms are concerned with keeping their energy costs low to maximize profits.

Whether firms have already sought out the high return investments in energy efficiency is an open question. To date, only one randomized evaluation, in India, examined how to encourage firms to adopt energy efficiency measures. It found that firms that completed energy audits did not use less energy two years later—they used more [9]. Relatedly, there is little evidence to date on energy efficiency in institutional settings. One nonexperimental study found that energy efficiency upgrades in California schools reduced energy consumption, achieving 70 percent of predicted savings [10]. More rigorous research in these settings is encouraged.

Given the limited returns coupled with low take-up, information campaigns and subsidies for participation in energy efficiency programs are not cost-effective strategies to reduce greenhouse gas emissions. Some people will still invest in energy efficiency without any outside encouragement. Improving the accuracy of projected savings could help both consumers and policymakers make better-informed investments in energy efficiency. Policymakers aiming tor educe emissions should prioritize policies that directly target carbon emissions over programs that encourage take-up of technologies that reduce emissions indirectly through reductions in resource consumption.

Key
N/A : study did not measure this outcome
– : no impact on measured outcomes