The road to COP27: Tackling climate change in Egypt 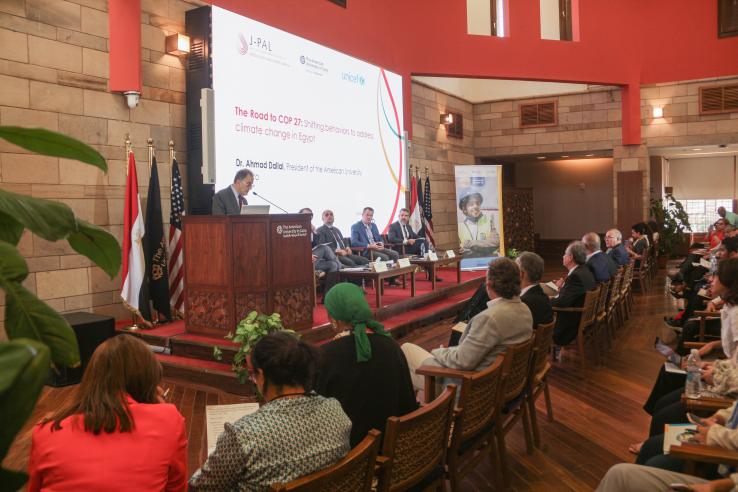 In Egypt and globally, low-income populations disproportionately experience a range of climate change-related hazards. Egypt is particularly vulnerable to climate change impacts, with a projected increase in heat waves, dust storms, and extreme weather events. COP27 in Sharm ElSheikh is a significant opportunity for the Egyptian government to engage with world leaders and ensure commitment to financial pledges and climate ambitions.

In the runup to COP, J-PAL Middle East and North Africa (J-PAL MENA) at The American University in Cairo (AUC)  and UNICEF Egypt co-hosted a seminar (recording here) on September 29, 2022 to share evidence-informed insights on tackling climate change. This seminar, supported by Allianz, was the seventh in a broader Global Evidence for Egypt Spotlight Seminar Series that aims to facilitate dialogues between Egyptian policymakers, development practitioners, and J-PAL affiliated professors using rigorous evidence relevant to timely policy priorities in Egypt.

The panel brought policymaker, academic, and development practitioner perspectives into the discussion, fostering a conversation between Egypt’s climate priorities and the relevant global evidence. In dialogue, panelists emphasized the importance of evidence-based solutions in combating climate change and ensuring that climate financing and resources are effectively allocated in the Egyptian context.

The Government of Egypt has taken committed steps towards combating climate change and its impacts on the population. The seminar panelists showcased the efforts and initiatives undertaken to address climate change while highlighting persistent challenges.

In his remarks, Dr. Ahmad Dallal underlined the need for incorporating research insights and scientific evidence in Egypt’s climate agenda. He emphasized that climate action is a key priority for AUC’s strategic vision and noted the institution’s support for collective action in order to implement climate change solutions that are both effective and equitable. Jeremy Hopkins then underscored the importance of engaging youth in efforts to combat climate change, referencing UNICEF’s Climate Risk Index report, which revealed that children bear the greatest burden of climate change. As such, UNICEF launched the “Youth for Climate Caravan” to ensure that the voices of young people in Egypt are heard at COP27.

Dr. Mahmoud Mohieldin then noted that CoP27 represents a departure from previous years, given its adoption of a holistic approach towards climate action and its emphasis on implementation and moving forward with climate action on the ground. He praised the Egyptian government’s efforts to encourage countries around the world to fulfill their commitments to climate finance. Dr. Mohieldin added that in order for climate projects to be successful, they need to be backed by evidence, expressing his appreciation of J-PAL’s growing evidence base on climate-related policy solutions and adaptations.

Dr. Ali Abo Sena discussed key efforts taken by the Egyptian government to prove its commitment to climate action. He noted that Egypt has developed its nationally determined contributions (NDCs) on achieving lower emission targets. The government also launched the National Climate Change Strategy 2050, which incorporates activities and targets for green recovery into national planning and budget preparation. Dr. Abo Sena highlighted a package of 127 projects that aim to combat climate change by 2030. To monitor these projects, a National Council for Climate Change has been established and a decree has recently been issued to install climate change units across Egyptian ministries.

Given that the main contributors to Egypt’s greenhouse gas emissions are the energy and agriculture sectors, investing in these two sectors can have positive returns for tackling climate change in Egypt. Dr. Emerick shared the following key takeaways from the evidence:

i. Providing people with information about their energy or water use compared to their neighbors and tips about how to conserve can consistently reduce consumption by small amounts.

Researchers in the United States, Germany, and India found that providing people with regular home energy reports reduced energy use. Similar reports on water consumption reduced water use in Costa Rica and the US states of California and Georgia. While effective and consistent, the impacts of these energy or water use reports were small. Despite being highly cost-effective, home reports alone will not be enough to sharply lower carbon emissions.

ii. Programs encouraging investments in residential energy efficiency through information campaigns and subsidies may not be cost-effective strategies to reduce greenhouse emissions.

A review of five randomized evaluations of programs that encouraged investments in residential energy efficiency in the United States and Mexico found modest levels of take-up. Four evaluations that measured energy savings found lower-than-expected returns in real-world settings. Relatively small impacts on energy savings coupled with low take-up meant that these programs were not a cost-effective strategy to reduce greenhouse gas emissions. In Mexico, researchers found that energy efficiency programs that make it cheaper for people to consume energy may lead people to consume more energy, rather than less, due to a rebound effect.

In Kenya, Malawi, and Zambia, researchers found that free or low-cost chlorine can be a cost-effective way to increase self-protection from polluted water and increase access to safe drinking water. Researchers similarly found that accessible technologies are effective when they are suited to people’s habits and preferences; otherwise, their impact can be low. In eight randomized evaluations of biomass cookstoves designed to reduce smoke exposure or fuel use, five evaluations found they had little impact as people continued to use their older stoves because the new stoves were not well adapted to people’s cooking habits. More research is needed to understand individuals’ incentives to use technologies with environmental benefits.

iv. Tailoring financial products to the agricultural context can increase the adoption of productive technologies among farmers.

Tailoring products to the seasonality of agricultural production and timing credit offers and repayment requirements to account for these seasonal patterns can improve the take-up and impact of credit. In Kenya, researchers found that 64 percent of farmers took up loans offered at the time of harvest to encourage farmers to sell when prices were highest. In Zambia and Mali, lenders allowed farmers to delay repayment of a loan until after the harvest. In Zambia, in each of the two years offered loans, 98 percent of households opted to borrow, and agricultural output rose by 8 percent. In Mali, smallholders who were offered loans repayable after harvest invested 11 percent more in inputs in the first year.

Technologies for effective water management and conservation can help small-scale farmers cope with climate impacts. In Bangladesh, researchers found that a simple tool to monitor below-ground water levels can reduce water use by about 25 percent. But this effect only exists for farmers that face volumetric water charges. In Niger, researchers found that rainwater-harvesting technology helps farmers increase agricultural yields, and asset collateralized loans encouraged the purchase of rainwater harvesting tanks in Kenya to better adapt to climate uncertainty.

With the focus shifting from pledges to implementation at COP27, randomized evaluations offer policymakers in Egypt and around the world a valuable tool to ensure that climate programs are designed and implemented to tackle underlying issues, and in turn, to learn the most effective approaches to improving human wellbeing and development outcomes.

J-PAL MENA at AUC will continue to engage policymakers, development practitioners, and J-PAL affiliates in discussions on priority issues and development challenges in Egypt as part of its Global Evidence for Egypt Spotlight Seminar Series with UNICEF Egypt. Register for email updates and follow J-PAL MENA’s accounts on Twitter, Facebook, and LinkedIn to find out about future events and seminars. 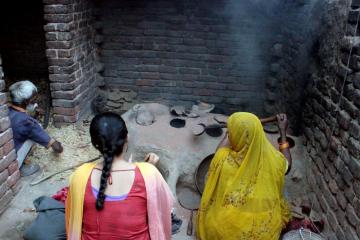 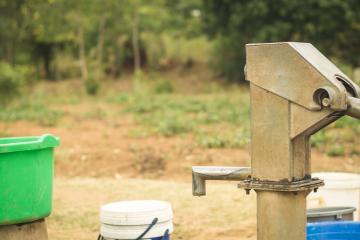 Information Disclosure, Incentives, and Energy Costs in the United States