Contaminated water is a carrier of diarrheal disease, the second-leading cause of childhood mortality. While point-of-use treatments like chlorine can be effective at disinfecting drinking water, chlorine usage remains low in sub-Saharan Africa. Researchers conducted a randomized evaluation in Southern Malawi to test the impact of monthly coupons for water treatment solution and different community health worker (CHW) delivery methods on chlorine usage and child health outcomes over an 18-month period. They find that the coupon program had stronger impacts on both outcomes and was more cost-effective than having CHWs distribute free chlorine to households during routine monthly visits.

Globally, an estimated 1.9 billion people lack access to clean water. In places that cannot afford to provide reliable piped water to rural households, point-of-use water treatment, such as chlorine, can reduce reported child diarrhea by 29 percent and disinfects drinking water against most bacteria. Despite its efficacy, the current usage rate of chlorine among rural households in sub-Saharan Africa is low and finding ways to increase uptake is an ongoing challenge.

One approach to increasing the use of water purification treatments is the free distribution of chlorine through health centers, coupon programs, or Community Health Workers (CHWs). The latter are typically members of the community working either as volunteers or for pay, visiting households and providing basic diagnostic services in association with the local health care system.

Water-borne diseases, such as diarrhea, are a leading cause of death for children under five in Southern Malawi, which may stem from the fact that very few households have access to piped water. Households that participated in the evaluation had mothers aged 30 on average and just over five members in the family. Only households with a child under the age of six were considered eligible for the study. Sixty-five percent of households used a borehole as their primary source of drinking water and 30 percent used an unprotected source such as a spring.

The evaluation took place in two neighboring districts in Southern Malawi that are relatively low-income and rural: Neno and Mwanza. Researchers collaborated with global health NGO Partners in Health (PIH) to implement the evaluation using their well-established network of CHWs, which operates only in Neno. The CHWs support the government's Health Surveillance Assistants in the community and are each assigned 20 to 30 households to monitor.

The objective of the study was to understand how best to increase usage of WaterGuard, a dilute chlorine solution. One bottle of WaterGuard, if used correctly, would be equivalent to one month’s supply of treated water for a family of five. WaterGuard is recognized throughout the study area, although there is widespread concern that it makes the water taste bad. Despite recognition of the product, a survey prior to the program reported that only 4.6 percent of the households in the study area had treated their water with chlorine prior to the intervention. 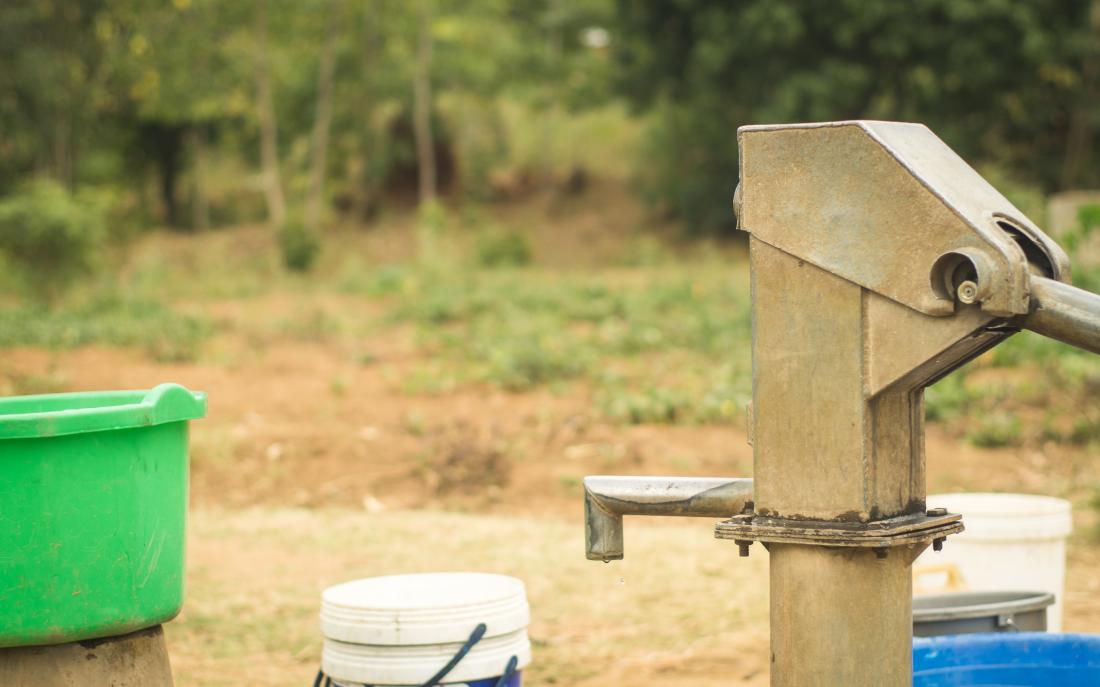 Researchers partnered with PIH to conduct a randomized evaluation to test the impact of monthly coupons and different CHW delivery methods on chlorine usage and child health outcomes in Southern Malawi. Researchers first randomly assigned 427 CHWs operating in Neno into one of four groups:

Out of the 1,417 households in Neno whose CHWs had not been assigned to the home delivery group, 709 were randomly assigned to the coupon intervention while the remaining did not receive coupons. In Mwanza, where there was no CHW presence, 440 households were sampled and half were randomly selected to receive coupons. Households in Mwanza and Neno that received coupons could redeem it for a free bottle of WaterGuard at a local shop every month for 18 months. Follow-up surveys on a rolling basis were conducted to trace household chlorine take-up and usage over time. Researchers also collected data on child health outcomes including diarrhea, fever, and vomiting.

Both the coupon and home delivery programs increased chlorine usage and improved child health outcomes, although the coupon program was more cost-effective than having CHWs distribute free chlorine during routine monthly visits and yielded greater reductions in child illness. Rationing the supply of WaterGuard was more efficient at getting WaterGuard to those who would use it than home delivery to 100 percent of households.

Coupon take-up: Although coupon redemption decreased over time from 74 percent in the first month to 40 percent in the last study month, chlorine usage held steady at about 30 percent of coupon households for the duration of the study. This suggests that the drop in take-up in the first few months was among households who had weaker preferences for chlorine use and that self-targeting improved over time. Households with an unprotected source of water redeemed three and a half more coupons on average than those with a protected source. Additionally, households who reported a distaste for chlorinated water prior to the evaluation were less likely to redeem a coupon.

Chlorine usage: The coupon intervention across all groups in the two districts increased the likelihood of a positive chlorine test by 26.5 percentage points (a 663 percent increase) while the home delivery intervention increased it by 19.4 percentage points (a 485 percent increase) from a base of 4 percent in the comparison households. Chlorine usage remained at the same level upon introduction of rationing in the home delivery intervention. In Neno, where there was CHW presence, direct delivery by CHWs did not yield higher usage rates than the coupon program, and WASH training by CHWs did not influence overall coupon redemption or chlorine usage in the coupon group.

Child health: The likelihood of a child under ten experiencing diarrhea, vomiting, and fever in the past month decreased by 7.6 percentage points (a 18 percent decrease) in the coupon group. The reduction in child illnesses was larger in Mwanza, where child health was substantially worse on all categories prior to the evaluation. While there was no significant impact of the home delivery interventions on child health outcomes overall, there is evidence of varying effects by season.

CHW household targeting: Rationing the supply of WaterGuard was more efficient at getting WaterGuard to those who would use it than home delivery to 100 percent of households. By the last month of the evaluation, the share of households that received a WaterGuard delivery and the share that used it nearly converged in the rationing group, whereas a large gap remained in the 100 percent coverage arm. This suggests that CHWs had private information about household preferences for WaterGuard, which helped them effectively deliver bottles to households that would use them.

Together, these results suggest that absent a monitoring or incentive system, targeting through CHWs is less effective than self-targeting through coupon redemption. For low-income families with contaminated water sources, reliable access to water treatment solutions at central locations could be an effective way to target subsidies. This was more cost-effective than relying on a network of CHWs and substantially reduced the incidence of water-borne diseases in low-density, unconnected rural areas, with no decrease in impact over an 18-month period.