In 2010, the government of Cote d’Ivoire and the World Bank jointly launched an emergency youth employment and skills development project. It was designed to improve access to temporary employment and skills development opportunities for youth. It included a formal apprenticeship program, which targeted low-skilled youth, aged 18 to 24 years old, in the main urban areas of the country.The program aimed to place youth in firms, where they would receive on-the-job training as well as theoretical training, under the supervision of a master craftsmen. Apprenticeship positions that were the most popular at the time included car or motor mechanic, metal worker, boilermaker, welder, painter, plumber, and bricklayer. 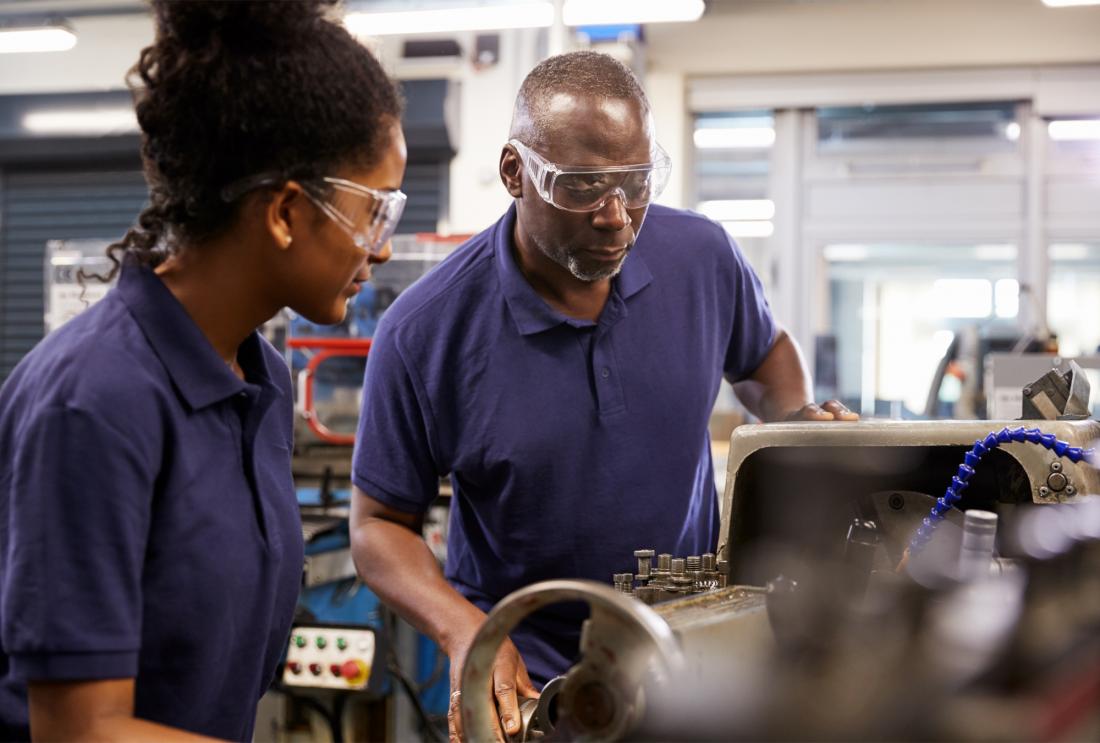 Researchers partnered with the World Bank and the government of Cote d’Ivoire to evaluate the short-term impacts of a subsidized dual apprenticeship program on youth employment, earnings and activities, as well as firms’ workforce, sales and profits.

Out of 731 companies that applied to host apprentices, researchers randomly selected 361 firms to participate. The remaining firms were assigned to the comparison group. Of 1,842 eligible youth aged 18 to 24 who applied to the apprenticeship program, approximately half were randomly selected to participate and were matched to apprenticeship positions offered by firms in the treatment group according to their choice of trade. The other half formed a comparison group and did not receive an apprenticeship position through the program. On average, firms in the treatment group were assigned 2.5 apprentices.

The apprenticeship program began in 2015 and lasted one to two years, depending on the occupation. Youth received insurance coverage, work equipment, and a monthly allowance of 30,000 CFA Francs (approximately US$54 in 2018 or half the formal minimum wage) to cover meals and transportation costs. In addition to practical on-the-job training within the firms, youth were also eligible to receive 180 hours of complementary theoretical training per year, and could request one-on-one advice from apprenticeship counselors. At the end of the apprenticeship, each participant was tested on their practical skills and theoretical knowledge of the job and received a certificate upon completing the apprenticeship.

About 20 months after apprentices were matched with firms, researchers conducted a follow-up phone survey to measure youths’ employment status, earnings and activities. They also measured firms’ workforce, sales, and profits. To measure if the government program affected the private market for apprenticeships, researchers collected data on the skills and profiles of apprentices who joined or left firms after the study began.

Benefit to firms: Apprentices in the program worked on average 23 percent more days relative to individuals in the comparison group who worked an average of 30 days. The quality of work (measured by the amount that firms would be willing to pay to accomplish the same tasks) for program apprentices was also 62 percent higher per month relative to those who were not in the program. However, there were no direct impacts on firm profits and revenues.

On average, the program cost CFA 1,135,030 (approximately US$2,045) per youth for a 24-month apprenticeship. Although there were no direct impacts on firm profits, researchers suggest that the indirect benefits on firms (through increase in days worked as well as better quality of work produced by apprentices) may be sufficient to make the program cost-effective in the short term. They also suggest that skills development training programs targeting youth could have broader benefits for firms in the economy.