To what extent do cash transfers cushion the blow to poor families during hard times? Taking advantage of a pre-existing large-scale evaluation of a universal basic income project in Kenya, researchers measured how different types of cash transfers impact recipients’ income, reported well-being, food security, mental health, and social interaction in the context of the COVID-19 pandemic and the accompanying agricultural seasonality. Researchers found that although the income gains from small businesses started before the pandemic were wiped out, transfer recipients experienced modestly better food security and physical and mental health than those who had not received transfers, along with some positive impacts on public health indicators. The results suggest that that cash helped hard-hit households weather a storm, but that UBI was not enough to shield households completely from the economic hit, in part because it had induced them to increase their risk exposure.

Universal basic income (UBI) is a specific form of unconditional cash transfer: enough to meet basic needs and delivered to everyone in a given community. In recent years the merits of UBI have been intensely debated in low-and middle-income and high-income countries, but rigorous evidence from representative populations to inform this debate has been lacking. One argument in favor of UBI is that it can provide a form of insurance, cushioning the blow for poor families when uninsurable or unanticipated events occur. Such arguments are typically difficult to test because they involve claims about rare or unforeseeable events. However, because the COVID-19 pandemic occurred a year into a large-scale evaluation of UBI in Kenya, researchers were able to shed light on this question as well as on other critical questions for social protection programming in the pandemic context, such as: how long should transfers last? Should they come in one lump sum or be disbursed in increments? If and how do transfers affect health-seeking behavior and social distancing? Overall the study provides some of the first evidence on the impacts of social protection programs during the pandemic. However, a universal basic income is a very specific type of cash transfer – long term, sized to be sufficient for basic needs, and given to all members of a society. While governments around the world, from Namibia to New Jersey, have piloted UBI, little rigorous evidence exists on the impacts of a long-term commitment to providing a UBI.

The spread of COVID-19 and the restrictions on economic activity put in place to contain its spread have threatened the livelihoods of many of the poorest, most vulnerable families on the planet. To respond to this unprecedented global crisis, governments around the world have dramatically expanded their social safety net programs. Cash transfers make up a large share of this expansion, reaching 1.2 billion people. As the pandemic stretches on, policymakers are faced with difficult questions on how to design these programs.

This research took place in Siaya and Bomet Counties in Kenya, which have populations of 940,000 and 860,000, respectively1. Approximately 630,000 people in these counties are living below the Kenyan government’s poverty line2 defined as less than US$15 per household member per month for rural areas, and US$28 for urban areas3. At the time of the initial survey, households owned on average 1.7 acres of land, 86 percent had a phone, 13 percent had a bank account (including digital accounts), 73 percent had a farm enterprise, 21 percent owned a non-farm enterprise, and 85 percent experienced hunger in the year before. 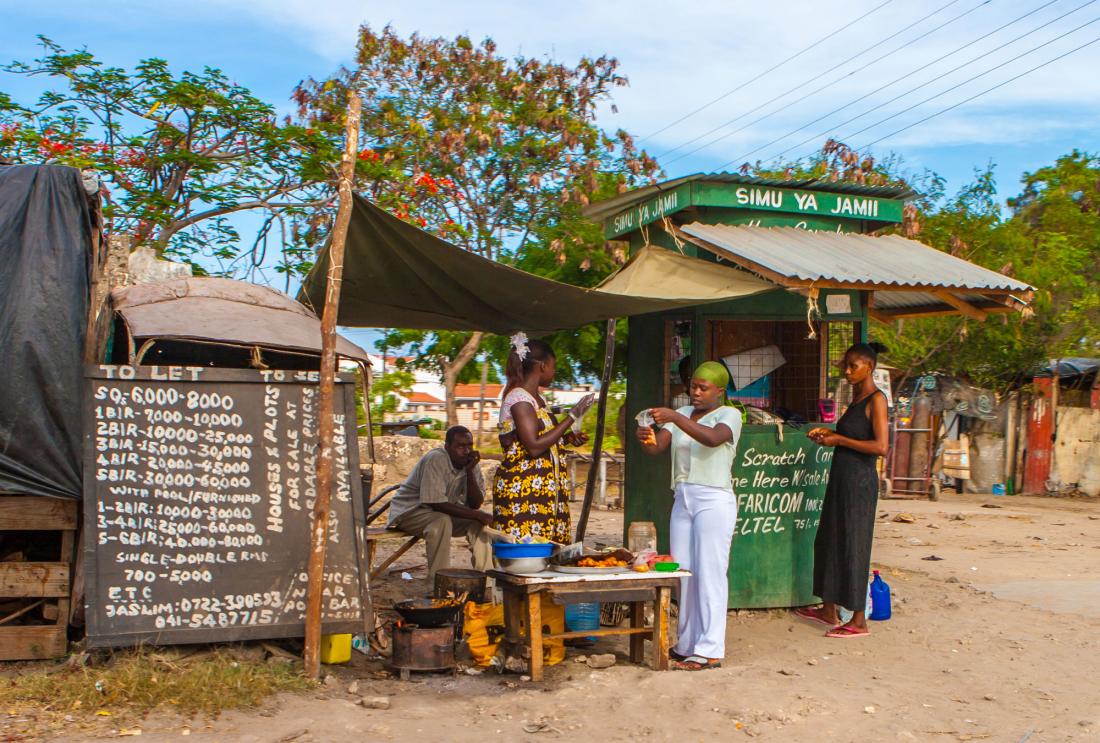 Researchers partnered with GiveDirectly to evaluate the effects of a universal basic income on economic outcomes, time use, risk-taking, gender relations, and life aspirations.

Adults over the age of eighteen from 295 villages, encompassing 14,474 households in two districts in Kenya, were randomly assigned to one of four groups:

Researchers also contrasted the effects of the lump sum payments to the short-term and long-term UBI (“stream” payments). This contributes direct evidence to current conversations about the relative impacts of capital and asset transfers.

GiveDirectly began delivering transfers in 2018 digitally through M-PESA, a mobile money service used widely throughout the country. The research team gathered follow-up data from August 2019 to December 2019, before the pandemic hit, then in May and June 2020 (by phone survey), in the midst of the strictest phase of Kenya’s lockdown to date, focused on the issues most directly related to the pandemic. This allowed researchers to examine pre/post COVID-19 changes in several key areas including earnings, food security, mental health, and social distancing.

Overall, the study found that transfer recipients experienced better food security and physical and mental health than those who had not received transfers, along with some positive impacts on public health indicators. Small businesses that recipients had started prior to the pandemic remained operational, but income gains from these businesses were wiped out.

Income: Transfers, and the long-term transfers in particular, led to an increase in risk-taking commercial activities and also exposure to shocks. Before the pandemic hit, recipients had diversified their income streams to new non-agricultural enterprises and saw a large corresponding increase in profits from these enterprises, without much change in earnings from wage labor or agricultural work. After the pandemic, the enterprises largely remained open but earnings were flat, as new enterprises appear to have suffered along with the old (in the comparison group, non-agricultural enterprise earnings fell 71 percent from before the pandemic to after). However, it’s important to note that drops in income (accompanied by changes in other economic outcomes) typically happen during this time of year as part of the usual agricultural cycle, and the study wasn’t able to isolate the pandemic’s impacts from these usual “lean season” drops.

Hunger: In a context where hunger was widespread (68 percent reported experiencing hunger in the last 30 days in the comparison group), transfer recipients were 5-11 percentage points less likely to report experiencing hunger. This effect was significantly larger for the long-term arm that expected to continue receiving transfers, than for the others that did not.

Illness: Recipients were also 4-6 percentage points less likely to report a household member was sick during the last 30 days off (44 percent in the comparison group). Given its very low prevalence in Bomet and Siaya at the time of our surveys (12 cases total) these illnesses were almost certainly not COVID-19 cases.

Mental health: Transfer recipients were less depressed in the short-term and long-term groups, though not in the lump-sum group. Overall, transfers continued to have the kinds of impacts on basic measures of well-being typically seen in pre-pandemic research.

Health-seeking behavior and social interaction: Transfers generally made a small change or no change on behaviors related to public health. They reduced the probability that recipients had sought medical attention at a hospital in the last 30 days by 3-5 percentage points (29 percent had sought medical attention in the comparison group), potentially freeing up health system capacity. There is also some evidence that transfers reduced social interaction (specifically, visits to friends or relatives) which could lower the rate of contagion. Estimated impacts on interaction for commercial purposes such as shopping or work are not precise enough to support strong conclusions. In short, there was no evidence that transfers had harmful effects on public health, and some evidence that they helped.

In sum, the results suggest that that cash helped hard-hit households weather a storm, but that UBI is not enough to shield households from an economic hit of this level.