Evaluating the Effects of Entrepreneurship Edutainment in Egypt

Around 73 million young people are unemployed around the world, making the youth unemployment rate nearly three times the overall unemployment rate. Fostering youth entrepreneurship could improve the employment situation of youth, both by helping young people to employ themselves and by creating jobs for their peers. However, entrepreneurs face a number of barriers to launching and expanding their businesses, including lack of business and financial management knowledge, constrained access to credit, or negative attitudes towards entrepreneurship. Large-scale media programs which promote entrepreneurship could teach youth useful skills and good business practices by showing them role models and providing them with information about where to seek financial and managerial support for launching their own business. But there is little research examining how entrepreneurship training through mainstream media can be designed and delivered to promote entrepreneurship among youth.

In Egypt, the youth unemployment rate is particularly high. While the overall unemployment rate was 9 percent in 2010, the unemployment rate for young men and women aged 20-24 reached 16.6 percent and 55.8 percent respectively. Moreover, 53.6 percent of young Egyptians express a preference for having their own business over a salaried job, but only 1.2 percent are self-employed.

In December 2013, Bamyan Media launched a youth entrepreneurship reality TV show called El Mashrou3 ("The Project" in Arabic) on one of Egypt's most-watched satellite television stations. The show followed the life of 14 young social entrepreneurs. In each episode, contestants faced a set of individual and team challenges to prove and develop their entrepreneurial abilities, and their performance was then evaluated by a panel of experienced judges. By following the development of the contestants' projects, the show aims to teach viewers entrepreneurial skills, convey lessons about good business practices, and introduce them to local partners delivering entrepreneurship training, mentorship, finance, and technology services. The show is expected to reach an audience of 8-12 million individuals during the first season.

In addition to El Mashrou3, Bamyan Media set up a website so that viewers can access educational videos, mentoring services, and online courses. Viewing parties and networking fairs were organized throughout the country and promoted through the website and social networks. 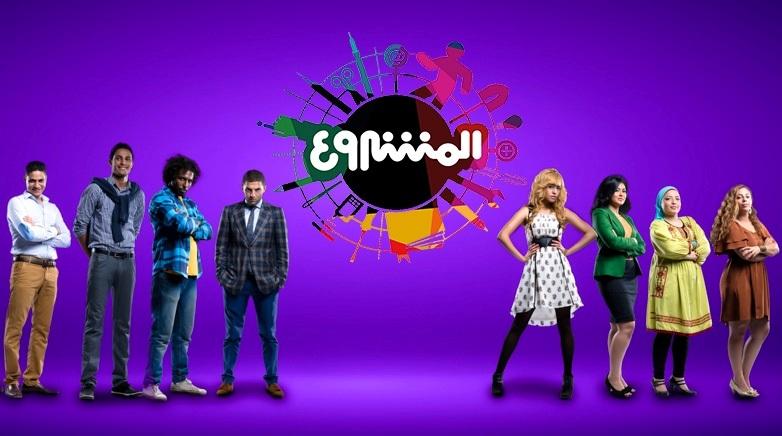 To qualify to participate in the evaluation, youth must be between 18 and 35, be interested in starting their own business in the next 12 months, and own a cell phone. From a sample of 9,327 eligible youth, respondents were randomly assigned to one of two groups:

Researchers will carry out phone and online follow-up surveys 3 and 6 months after the end of the show to measure the impacts of the program.