Early childhood is a critical time for cognitive, social, and physical development. Inequalities in children’s language abilities can persist, serving as important indicators for later life outcomes. Researchers in France are evaluating the effect of an early childhood program aiming to improve teacher instruction on young children’s language learning. Results are forthcoming.

Early childhood is a critical time for cognitive, social, and physical development. Children who speak well early in life are more likely to succeed in school, which in turn predicts improved life outcomes such as higher earnings and better health. However, the oral language abilities of young children vary considerably across socioeconomic lines, which can lead to persistent societal inequality. Improving early language abilities is therefore a priority in the field of Early Childhood Development (ECD). One potential approach to early language development is to improve the instruction in nursery schools, formal preschools, and early childhood centers, since instruction quality can vary across centers in some countries.

According to the OECD, roughly half of French children under two years of age were enrolled in nursery schools, early childhood centers, or formal preschools—well above the OECD average of one-third—in 2010.1 Despite this relatively widespread provision of services in France, inequalities exist in early childhood language acquisition, often along socioeconomic lines. To address this gap, the French government has begun designing and implementing programs to improve the quality of instruction in many of the ECD centers across the country. 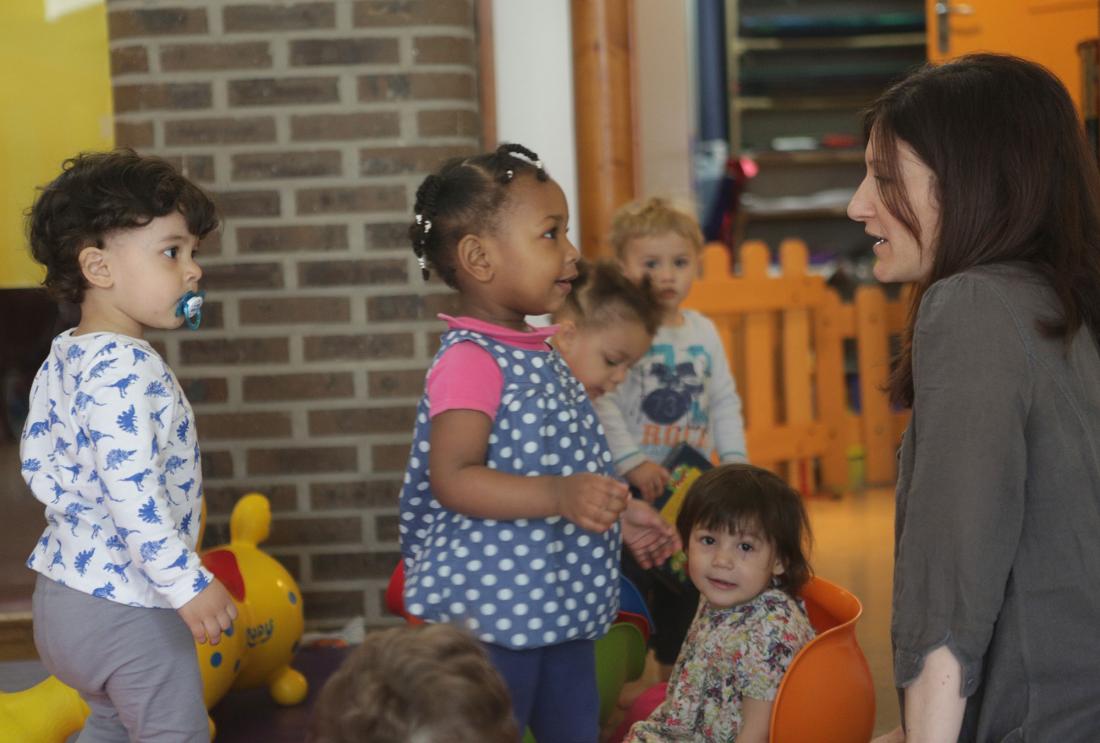 In partnership with the Agence Nouvelle des Solidarités Actives (ANSA), researchers are conducting a randomized evaluation to measure the impacts of the “Parler Bambin” (“Talking Toddlers”) program on teacher practices and infant and child language learning among children aged 3-36 months. Parler Bambin is a program that trains professionals working in nurseries to focus on language learning for children between 3-36 months of age. A total of 94 early childhood centers and roughly 1,000 children from participating cities will take part in the evaluation.

Parler Bambin has three main components. First, experts train professionals to enrich their daily conversations with babies and toddlers, for instance by asking them open-ended questions, or by naming the objects used during daily activities. Second, experts encourage professionals to share key language learning techniques with children’s parents to promote language stimulation at home. Third, the program emphasizes the targeting of children over 22 months of age who still have limited conversational abilities. Those children are included in small-group workshops during which a professional reads to them and tries to engage them in a conversation, three times per week during about thirty minutes. By the end of the four-year implementation period, ANSA will phase-in Parler Bambin to every ECD center in participating cities.

To measure the impact of Parler Bambin, researchers gather data semi-annually from parents and teachers concerning teacher practices and child development. They will also directly observe children to determine their psychological and cognitive development.