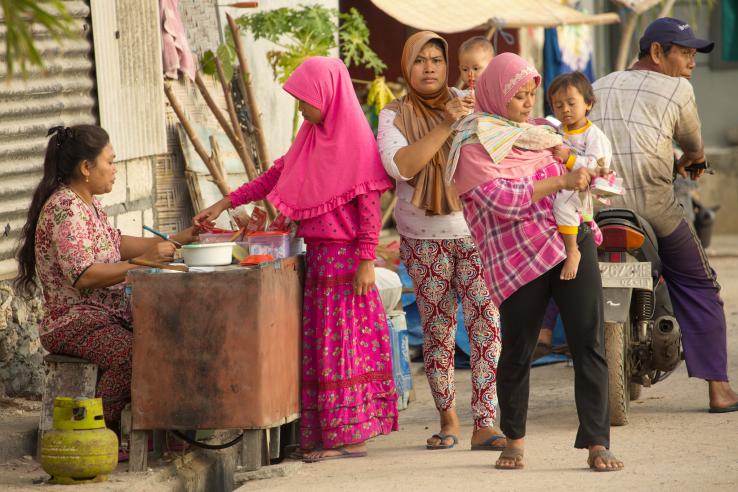 Gender norms and biases continue to constrain human potential around the world. In Indonesia, women's roles are dictated by both formal and informal institutions, and are perpetuated by long-held restrictive gender norms. In many cases, these norms severely limit women in taking advantage of their rights and opportunities in multiple dimensions including education, health, and finance. While Indonesia has made some significant progress in addressing gender inequality, the country’s gender gap remains high.

On November 19, J-PAL Southeast Asia hosted a webinar to raise awareness of the Government of Indonesia’s policies and programs to promote gender equality and discuss learnings from evidence on women’s empowerment interventions around the world.

The webinar featured Dra. Lenny N. Rosalin, Deputy of Gender Equality at the Ministry of Women’s Empowerment and Child Protection of the Republic of Indonesia; and Seema Jayachandran, Professor of Economics at Northwestern University and Chair of J-PAL’s Gender sector; and was moderated by Indonesian economic journalist Ade Safrina Nasution.

Below are the key takeaways from the webinar. 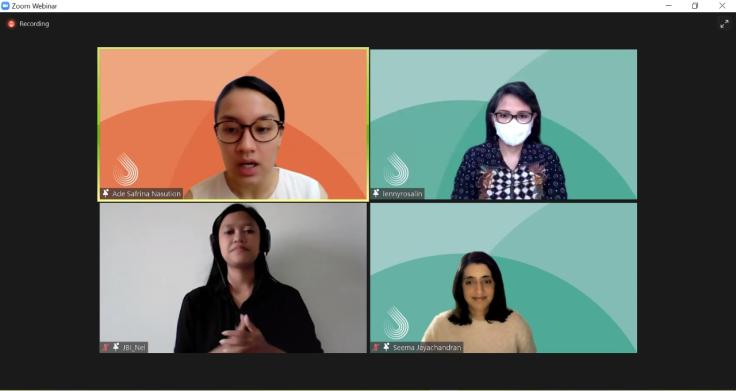 1. Stakeholders should take into account gender norms when designing programs and policies

As these norms are pervasive, they may limit the effectiveness of programs and policies that aim to support and empower women. Evidence from various studies suggests that it is important for stakeholders to be aware and take caution around these norms when designing a program.

For example, a study in India found that opening a personal bank account for female workers and training them on how to use it helped women to have more control over their earnings, which led to an increase in women’s employment. The program worked around the norm that husbands are financial decision-makers by enabling women to deposit their wages directly into their personal bank accounts, instead of a joint account.

Another evaluation in India on microentrepreneurship training programs worked around the norms restricting women’s mobility. In a two-day business training program, women were invited to attend the training with a female friend. This proved to be an effective way to increase attendance and led to the expansion of their business activities. This particular training design strengthened the network and peer links between women entrepreneurs and worked around the norm in India that women should maintain “purity” and not to socialize with men outside their families.

2. Transforming gender norms may be possible, particularly among youths before their moral views and stereotypes are formed

Gender norms are particularly difficult to change as they are often considered as “normal.” In 2014, Seema and other researchers partnered with Breakthrough, a human rights organization in India, to evaluate the impact of a school curriculum promoting gender equality among middle school students in Haryana, India. After two and a half years of the program, both female and male students were 16 percent less likely to hold regressive attitudes. Notably, the program was more effective at shifting attitudes among boys than girls.

The program, which is now being scaled up in all government schools in Punjab, involved a series of interactive classroom discussions on topics like working women and household chores, homework assignments, and activities. The curriculum used both economic and human rights-based reasoning to demonstrate the importance of valuing girls. Delivering this program during adolescence, when attitudes are being formed, may have an impact throughout other phases of their lives and future generations.

3. Having supportive regulatory frameworks is crucial to achieving a gender-transformative outcome

As norms that disadvantage women and girls can be reinforced by legal restrictions and institutional arrangements, governments play an important role in dismantling gender norms.

Tax and labor laws—or the lack of them—may inadvertently contribute to low female participation rates in the workforce. For instance, tax laws in Indonesia place a higher tax burden when women participate as the secondary earner in the family, which can cause women to work less or choose not to work at all. The absence of comprehensive regulation to help working women remain in the workforce, such as maternity leave entitlements and government-sponsored childcare, can also compound inequalities.

Increasing the number of women in government could lead to more gender-transformative outcomes. In 1993, a constitutional amendment in India enacted a gender quota that reserved seats in village council leadership for women. This policy change allowed researchers to evaluate whether there was any difference between female- and male-led village councils. Researchers found reservations led to more village policies aligned with women’s preferences, including increased police responsiveness to crimes against women, more support for women’s entrepreneurship, and improvements in children’s health and nutrition, among others.

A review of additional randomized evaluations of gender quotas in politics finds that quotas improved men’s perceptions of women as leaders, increased the aspirations of girls, and helped women get elected even after quotas were removed.

4. The Government of Indonesia is working to improve women’s leadership capacity

While Indonesians’ education, health, and the economy are steadily improving, Indonesia’s gender gap persists. According to Indonesia’s Central Bureau of Statistics census, per August 2020, women’s labor force participation rate was 53 percent, compared to men’s 82 percent. In government, women only comprise 21 percent of parliament.

In response to this, in collaboration with the Ministry of Village, the Ministry of Women’s Empowerment and Child Protection launched the “Women and Children Friendly Village” program that aims to improve the women’s leadership capacity within the village, with the goal of helping them to win seats in the village councils. The Ministry will also host discussions on women’s leadership in both private and public institutions at the 2022 G20 forum, which Indonesia will host.

Indonesia is well on its way to creating better working environments, education, and living standards for women and girls nationwide. With the support from the Government of Indonesia, institutions, implementers, NGOs, and researchers, J-PAL SEA looks forward to conducting rigorous research and sharing evidence that may help the Government in designing impactful, gender-focused programs in Indonesia. 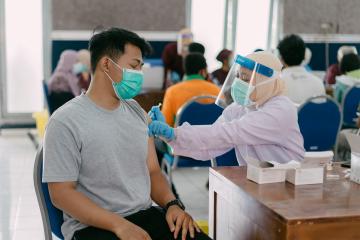 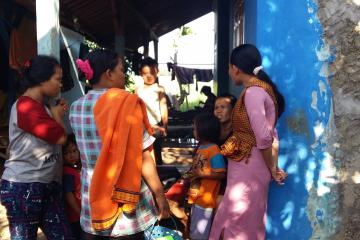 IFII Blog Series: Applying a gender lens in measuring the impact of DFS on women’s empowerment 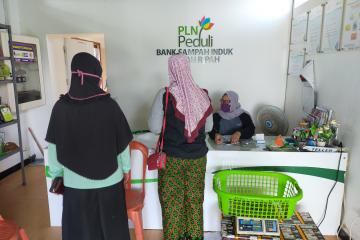