Facilitating Youth’s Access to Apprenticeships in Tulle (France), and Encouraging Youth to Complete Them

Youth unemployment and underemployment (low-skill and low-pay jobs), especially among disadvantaged populations, can create significant social unrest and perpetuate poverty. Despite this, little is known about how best to smooth the school-to-work transition and help youth find jobs. One possible tool for expanding youth labor market opportunities is apprenticeship, a system by which workers entering the labor market are given on-the-job vocational training, usually in exchange for continued work after they acquire the necessary skills. Apprenticeships can make youth more attractive job candidates by providing them with skills and experience. However, if youth drop out of their apprenticeships before completion, the program may not be effective at increasing employment, since the apprentice will not have gained the skills needed to secure a future job.

In France, the unemployment rate among people aged 15 to 24 is more than twice the national average, and that of unskilled youth is three times the rate of youth with advanced degrees. To help youth transition from compulsory school to formal employment, France has set up an early vocational training system for youth aged 15 or older. Pre-apprenticeships allow middle- and high-school students to explore different careers during the school year while continuing with their academics. At the end of the pre-apprenticeship program, youth can choose to return to school or become an apprentice. Apprenticeships are paid positions that combine on-the-job training with classroom lessons at an apprentice training center (CFA), ultimately resulting in a professional diploma. Despite this flexible preparatory system, approximately 25 percent of all apprenticeship contracts are broken, and first-time apprentices break their contracts 35 percent of the time. 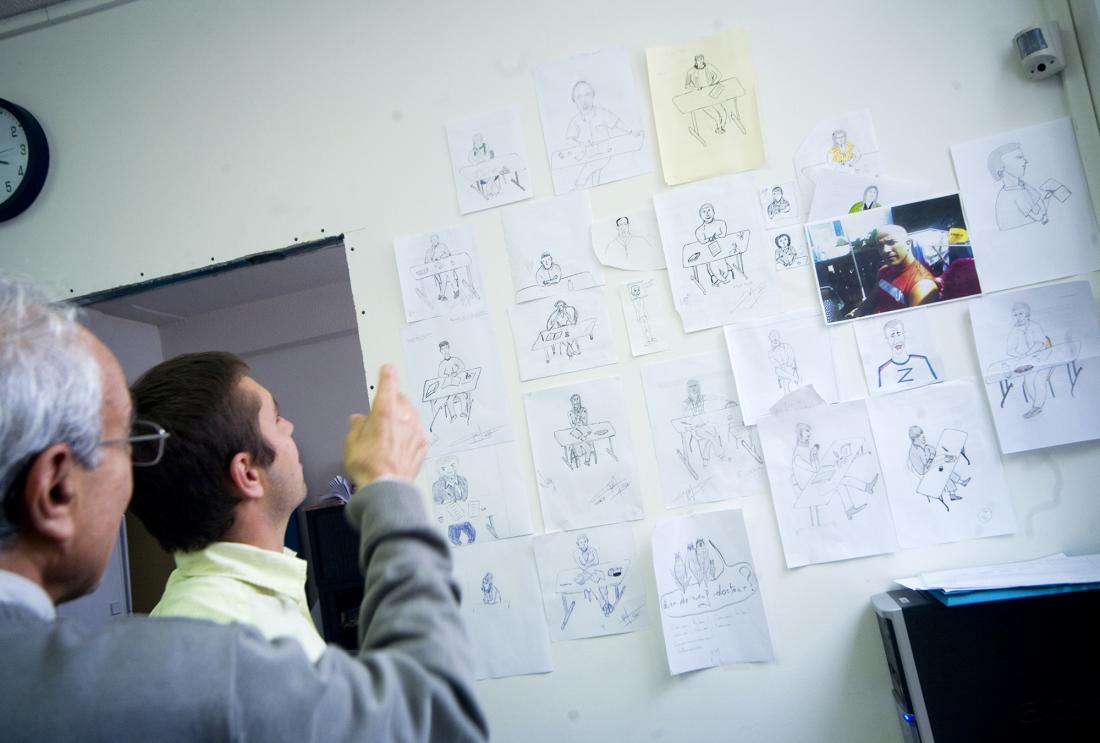 An apprenticeship program in France, 2008

Researchers evaluated the effect of a two-stage counseling program on the number of youths starting an apprenticeship, the likelihood that they complete it, and their employment prospects. The program targeted first-time applicants to the apprentice training centers of CFA 13 Vents and CFA Bâtiment, and was implemented by the youth centers of Tulle, Brive-la-Gaillarde, and Ussel (local non-profit organizations offering job-placement services for youth). The first stage focused on helping youth find an apprenticeship contract, and the second on stabilizing youth in their new apprenticeship. Researchers evaluated each stage separately:

From a sample of 1,516 apprenticeship applicants, researchers randomly assigned half of the youth to the program group and half to a comparison group. Applicants in the program group were offered support from a youth center counselor to choose a craft, find an appropriate host company, and arrange work-related accommodation and transportation. Applicants in the comparison group were not offered personal support, but could meet with a CFA advisor to receive general information on open apprenticeships and how to apply for them.

From a separate sample of 580 first-time apprentices who had recently signed a contract, researchers randomly offered half the apprentices individual counseling. The counselor offered support on day-to-day job-related issues, and provided assistance with other personal and administrative matters.

Researchers assessed the professional outcomes of those involved by looking at the take-up rate into pre-apprenticeship and apprenticeship programs, the rate of contract breaking, and apprentices’ employment statuses six months and 2.5 years after the start of the program.

Individual counseling increased take-up into pre-apprenticeships by 54 percent, from 7.4 percent in the comparison group. This effect was concentrated among males, youth under 16 year of age, and those who had not found a host company when they applied to the apprenticeship training center.

Intervention group youth were 8 percentage points more likely to break their contract to change employers, compared to a comparison group average of 14 percent. Researchers believe that counselor support may have led some youth to realize they had made the wrong career choice and start another apprenticeship, accordingly.

Many of the study’s participants were aware of the individual counseling services offered at youth centers at the onset of the evaluation. Youth in the comparison group were not offered individual counseling, yet they were free to seek for support from youth center counselors. This made it difficult for researchers to assess the true added value of offering such a program, since many comparison group youth still received counseling. To more accurately measure the effect of receiving intensive counseling, researchers evaluated a similar program across four French regions where apprenticeship applicants generally knew less about youth center counseling services.