Last updated:
The French government abandoned a policy that would have required firms to make recruitment decisions based on anonymized resumes after research showed that a voluntary, pilot scheme actually harmed minority applicants’ employment chances. 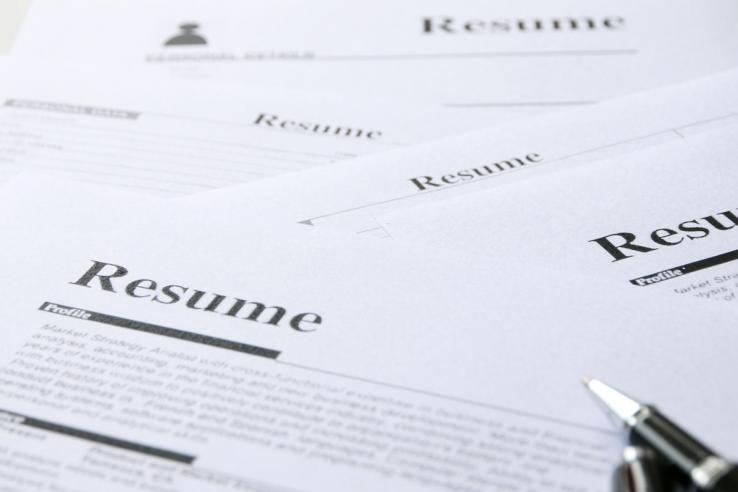 Finding effective ways to counteract discrimination in labor markets remains a difficult challenge. In France, the state employment agency began offering firms looking to hire through the agency the opportunity to receive anonymized candidate resumes (or CVs) as an effort to counteract discrimination based on national origin or place of residence. Research by J-PAL affiliates Luc Behaghel (Paris School of Economics), Bruno Crépon (ENSAE and École Polytechnique), and Thomas Le Barbanchon (Bocconi University) found that the scheme actually harmed minority applicants: they were less likely to be interviewed and less likely to be hired. This may have been a result of the voluntary nature of the scheme: firms who participated tended to be those more likely to hire minority candidates prior to the intervention. Drawing in part on the evaluation results, in 2015, the government abandoned the policy. More research is needed on the effects of policies that would make resume anonymization mandatory.

Discrimination in labor markets has been well documented by evaluations that show minority candidates (or, in some cases, fictitious applicants with “minority-sounding names”) receive fewer interview invitations than other candidates.1 The subject of such discrimination varies by context but has prompted calls for hiring procedures that may shield information on a candidate’s national origin, gender, race, and/or ethnicity.

In France, support for similar measures intensified following the November 2005 riots in the suburbs of Paris and other French cities that drew increased attention to disparities in employment and educational opportunities. An Equality of Opportunities Act was passed in March 2006, making it mandatory for firms with greater than fifty employees to use anonymized resumes when recruiting for new hires. However, it was unclear if implementation of the law would move forward, as regulations that would have made the law enforceable were never issued. In 2009, as a first step, the state employment agency, known as Pôle Emploi, launched a voluntary initiative for hiring firms in which they could elect to receive anonymized resumes.

Pôle Emploi partnered with J-PAL affiliated researchers to conduct the first large-scale randomized evaluation of the impact of anonymized applications. A major goal of the evaluation was to better understand potential options for future implementation of the law. The program was conducted over ten months in 2009–2010 in eight of France’s one-hundred departments.

Firms with over fifty employees who conduct recruitment through the government agency were invited to participate in the program, and 62 percent of these firms accepted. For participating firms, a Pôle Emploi agent selected an initial pool of applicants that matched the skill set for the posted job. Job postings were then randomly assigned to one of two procedures. In the first, agents sent only anonymous resumes to the firm, without the name, gender, age, address, marital status, and other identifying information typically found at the top of a resume. The remainder of the job postings were handled under standard procedure, with no information removed. For the purposes of this study, minority candidates were defined as those who were born abroad or born to immigrant parents, or who live in deprived neighborhoods (zones urbaines sensibles).

Why did anonymized resumes lead to fewer interview offers to minority job candidates? The answer may lie in the difference between firms that selected to participate in the program and those that did not. Participating firms that were randomly assigned to the comparison group (and thus continued to receive resumes with all identifying information) were twice as likely to offer interviews to minority candidates. The average firm volunteering to participate in the study thus appeared to positively value minority candidates’ resumes in general, and anonymization changed the decision-making process for these firms.

Removing identifying information from resumes may have limited participating firms’ ability to favor minority job candidates. Further analysis of the data suggests that firms that positively value minority candidates’ resumes may be more likely to overlook gaps in employment records for these candidates. In the study sample, these interruptions in work history are more common among minority applicants. When resumes are anonymous, firms don’t have the necessary information to contextualize these gaps.

For more information about this project, see the full evaluation summary.

Drawing on the results of the evaluation, the government decided in 2015 to abandon the policy.

The results of the evaluation generated considerable discussion in France amid a contentious broader debate about the best policy options for reducing discrimination in hiring. In 2015, a working group commissioned by the prime minister took note of the research findings and highlighted the negative impacts registered in the evaluation, as well as the costs and challenges of implementation. In announcing the report’s findings, the French labor minister stated that the policy would be abandoned.

If the evaluation showed the limits of a voluntary anonymization policy, further research remains needed into the impact of any policy that would make the practice mandatory. Firms that volunteered to receive anonymized resumes were not representative of firms at large in their interviewing and hiring practices, and thus the impact of a mandatory scheme might be quite different.

A further report commissioned by the prime minister regarding options for promoting equality in public sector hiring, published in June 2016, highlighted this need for further evaluation.

One hypothesis put forward by the researchers is that anonymous resumes posed an obstacle to firms who would otherwise have wished to discriminate positively in favor of candidates from disadvantaged neighborhoods. This type of surprising result suggests the need for encouraging further evaluations of measures to promote equality.2