In 2003, several countries in sub-Saharan Africa committed to investing 10 percent of their national budget on agricultural development. Many have since implemented large-scale input subsidy programs on products like fertilizer and seeds as a way to boost food security and small farm productivity. Despite increasing interest from policymakers and development agencies in supporting subsides for modern agricultural inputs, there is little understanding of the impact of those policies on improving use of agricultural technologies, agricultural output, and household well-being. While many subsidies programs are usually permanent, implementing them temporarily may help governments achieve the same goals and save money. Moreover, promoting savings among farmers may enable them to use the saved funds for agricultural investments once subsidies end. Can temporary subsidies on agriculture inputs have lasting impacts on technology adoption even once the subsidy ends, and how does promoting savings influence these impacts?

Agriculture accounts for more than 25 percent of Mozambique’s Gross Domestic Product, but agricultural technology adoption has been slow in Mozambique compared to other countries in the region. 1  Most of the farmers participating in this study had little or no experience using chemical fertilizers, pesticides, and other agricultural inputs. Moreover, few households had formal savings. The government of Mozambique piloted a limited, two-year fertilizer subsidy program for maize and rice producers from 2009 to 2011. 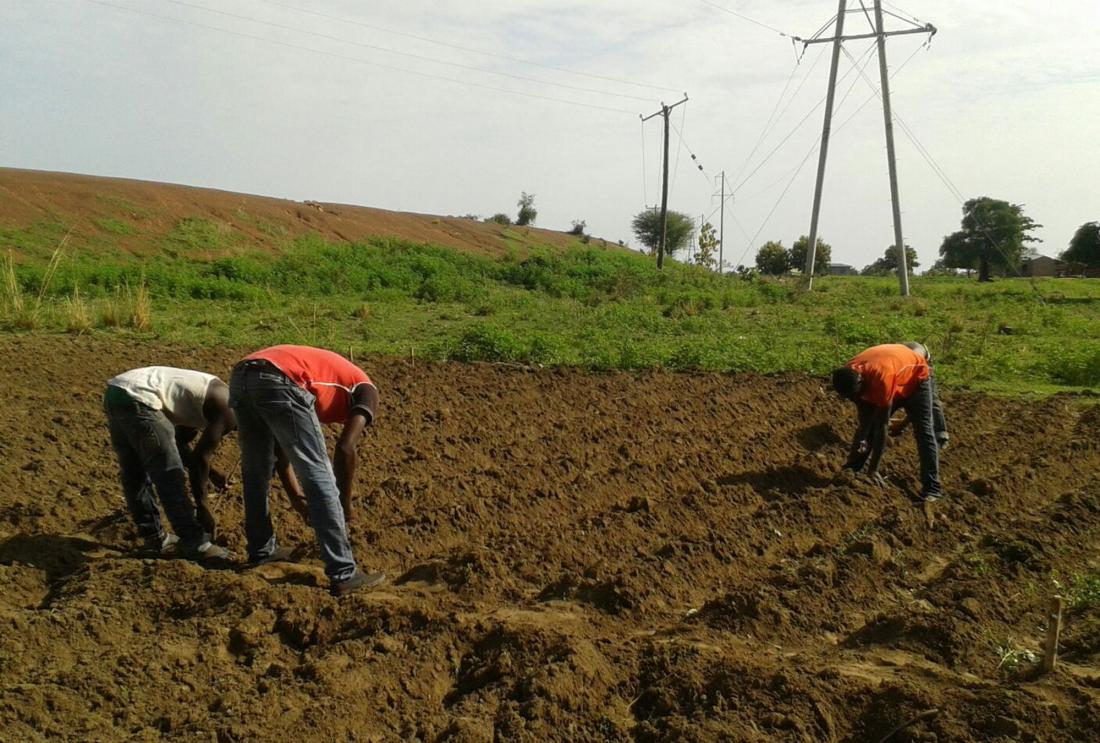 In partnership with the Ministry of Agriculture in Mozambique, researchers conducted a randomized evaluation to measure the impact of both a temporary subsidy for fertilizer and savings program on farmer’s agricultural investments and household well-being.

The government voucher program took place over the 2009–10 and 2010–11 crop seasons. Researchers randomly selected a total of 94 communities to participate in the study. Government agricultural extension officers created a list of eligible farmers in each community, with input from local leaders and agricultural input retailers. This resulted in a study sample of 1,589 individuals.

Researchers then randomly assigned half of the farmers to receive vouchers coupons for 100 kilograms of discounted fertilizer and 12.5 kilograms of improved seeds. The total value of the input package was about MZN 3761 (US$117 in 2011 prices), with farmers required to pay 27 percent of this cost, or MZN 1016 (US$32). The remaining half of farmers served as a comparison group and was not assigned to receive a voucher.

Before the start of the 2011-2012 agricultural season, researchers subsequently divided communities and individuals into three savings groups:

In total, there were 6 treatment groups.

Despite low take-up, the temporary subsidy for technology adoption increased agricultural input use, maize yields, and household consumption during and after the subsidized period. Farmers with access to both the subsidy and the savings program increased their savings.

Not all farmers redeemed their assigned vouchers: Less than half of farmers assigned to receive a voucher used it to purchase inputs on maize crops. Among those assigned to only receive the subsidy, most farmers claimed they did not pick up the voucher due to inability to make the co-payment.

The savings programs encouraged more farmers to open savings accounts: While 5 percent of farmers in the comparison group had an account with the partner bank, BOM, 20 and 27 percent of farmers offered the basic and matched savings program, respectively, opened an account with BOM. Account ownership at any bank was also higher for farmers offered either savings program. Famers in the savings treatment groups also saved more: formal savings balances increased by MZN 1,300 (USD 40) to 3,700 (USD 114) across the various treatment groups. For comparison, farmers offered neither the subsidy nor savings treatment had on average MZN 1,340 (US$41) in savings.

Farmers offered the subsidy influenced their peers to use fertilizer: Though they did not receive any subsidy, farmers in contact with farmers who did used 78 percent more fertilizer and had 83 percent larger maize yields after the subsidy ended. These farmers were likely learning about the benefits of fertilizer use from their peers who received the subsidy.

These initial findings illustrate that temporary input subsidies can be an effective policy to promote lasting increases in agricultural technology adoption, agricultural outputs and living standards among subsidy beneficiaries and their peers. Analysis of the savings interventions, and of the effect of the savings interventions on the impact of the subsidy, are still ongoing and will be the subject of future reports.

Carter, Michael R., Rachid Laajaj, and Dean Yang. 2013. “The Impact of Voucher Coupons on the Uptake of Fertilizer and Improved Seeds: Evidence from a Randomized Trial in Mozambique.” American Journal of Agricultural Economics 95(5): 1345-51.