Wood heating is a key source of indoor and outdoor pollution, posing harm to individuals’ health and the environment. Yet, wood-burning is a common household practice, even when it is not used as a primary source of heating. Researchers evaluated the impact of a program in France that monitored indoor pollution and informed households of the negative effects of wood heating. Overall, the program led to a reduction in the usage of wood heating but only for households who received personalized feedback on their pollution levels.

The World Health Organization (WHO) estimates that each year exposure to smoke from wood burning causes 3.8 million premature deaths globally.1 While this is primarily a source of concern in low- and middle-income countries, the WHO estimates that in Europe, each year 61,000 premature deaths are attributable to indoor air pollution from residential heating with wood and coal.2 Wood-burning stoves and open fires are a key source of small-diameter particles (particulate matter (PM) 2.5 or smaller), which can get deep into the lungs and are linked to respiratory and cardiovascular mortality and morbidity.3 Wood heating is a significant source of outdoor and indoor pollution, harming the environment and posing significant health risks to households.4

To address the negative impact of wood heating on people’s health and the environment, some European governments have sought to reduce its usage. Policies have included banning solid coal and wood burning,5 introducing monetary rewards to incentivize people to discard wood-burning stoves,6 or introducing restrictions on the sale of coal and wet wood for household burning to discourage its usage. When restrictions are not in place, how can households be discouraged from using wood-burning for heating?

In the French region of Île-de-France, where this study primarily took place, wood heating generates about a third of the PM emissions. About 800,000 households use wood-burning stoves, mostly for leisure purposes or as supplemental heating. These stoves are often old or open fire ones and therefore inefficient and highly polluting. Eighty-five percent of the region’s population is exposed to PM levels above the safe limits advised by the WHO.

A 2016 survey commissioned by the French Environment and Energy Management Agency (l'Agence de la transition écologique) found that the majority of the population considers wood burning a cheap and environmentally-friendly source of heating, believed to generate low emission levels, and only 21 percent of occasional users are aware of the indoor pollution it generates. Additionally, 48 percent reported they would object to any laws restricting wood burning, indicating that any formal ban could be met with non-compliance by the population. To reduce PM emission levels, the local government launched a project to reduce emissions linked to residential wood heating. 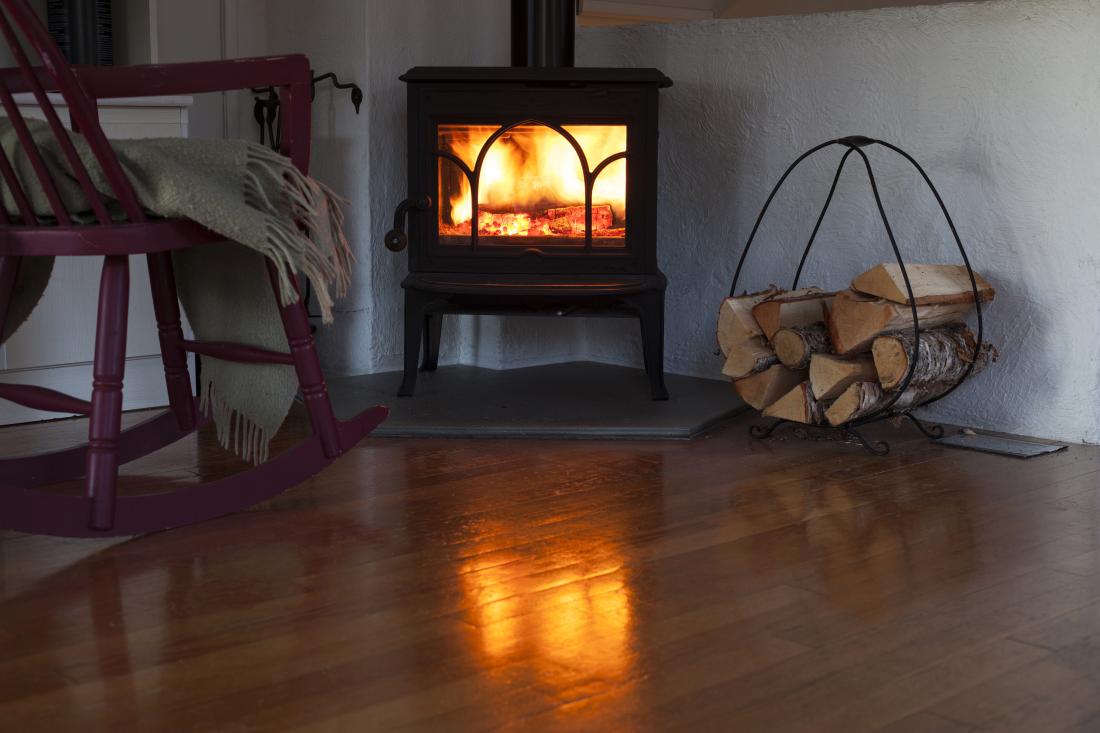 In collaboration with the local authorities, researchers conducted a randomized evaluation to test the impact of providing households with indoor pollution sensors and information on the negative effects of indoor pollution generated by wood heating on consumer behavior. The study took place over ten weeks during the cold season between 2019 and 2020. Households were invited to participate in a study on indoor air pollution via a call for volunteers advertised through the French Regional and Interdepartmental Office of the Environment and the Energy of Ile-de-France (DRIEE), social networks, a private market research company, and a targeted distribution of flyers to houses with a visible chimney. Out of the 4,200 households that volunteered, 558 were using wood heating, among whom 281 were included in the study. These were then randomly divided into three groups:

To reduce potential self-reporting bias, the researchers used households’ average exposure to PM 2.5 to measure indoor pollution. The levels of PM 2.5 were accessible only remotely by the researchers via the sensors. Additionally, researchers conducted a survey to understand the effect of the intervention on participants’ attitudes and beliefs regarding wood burning and pollution.

While households that received the information showed a higher intention to reduce the use of wood burning in the future, only the general information + personalized emission profiles reduced households’ usage of wood heating.

Awareness of pollution effect of wood heating: While no change was detected in participants’ awareness of the health implications of air pollution, the information and the information plus the personalized feedback groups were respectively 29 and 19 percentage points more likely to identify wood burning as a source of pollution compared to the group receiving only the sensor (49 percent).

Intention to reduce wood burning: The proportion of participants who stated they intended to use wood heating several times a week decreased by 27 percent for the information plus the personalized emission profile group and by 16 percent for the general information group, from a basis of 49 percent in the comparison group.

Indoor pollution levels: Households receiving information and personalized emission profile saw a 20 percent reduction in PM 2.5 levels to 4.5 μg/m3, compared to 5.6 μg/m3 in the comparison group. No change was observed for the group receiving the general information. Heterogeneous impact analysis reveals that the effect is concentrated in the most polluted households who exhibit a 40 percent decrease in PM2.5 concentration levels. For that group, the number of days over the WHO 24-hour limit -not to be exceeded more than 3 days per year- decreased by 52 percent, from 12.4 down to 5.9 days over the study period.

While providing information increased participants’ awareness of the polluting effects of wood heating, this knowledge only prompted action where the information was specific to the level of indoor pollution present in the participants’ houses. Researchers note that the limited number of participants and the fact study took place during an exceptionally mild winter, which meant a less frequent usage of wood heating, potentially limit its results. Additionally, given that households chose to take part in the study on a voluntary basis, participants were likely to already be receptive to the issue of air pollution which could have affected the findings of the study. Further research in different settings and with a group of participants that is more representative of the wider population could help better measure the impact of this kind of program.

WHO. 2018. “Household air pollution and health”, who.int, May 18, 2018. https://www.who.int/news-room/fact-sheets/detail/household-air-pollution-and-health