Can Higher Prices Stimulate Product Use? Evidence from a Randomized Experiment in Zambia

More than 1 billion people living in low-income countries do not have access to clean drinking water,1 leaving them at risk for diarrheal diseases which are transmitted when a water supply is contaminated with fecal matter. Diarrhea remains a serious concern in low-income countries, where it caused 2.6 million deaths per year between 1990 and 2000.2 Even when diarrheal episodes do not prove fatal, they can have long-term consequences on a child’s cognitive and physical development. Multiple interventions from handwashing to water source protection have been considered, but questions remain. Particularly, it is not known whether people will be more likely to use a product if it is given for free, or if the consumer is charged a small positive price.

Contaminated water is a leading cause of diarrhea in Zambia, where only 64% of the population has access to safe drinking water sources. Among children under five, 21% have had diarrhea in the past two weeks, regardless of water source or location.3 Many homes in Lusaka, Zambia’s largest city, obtain water from un-sanitized sources. Clorin, an inexpensive chlorine bleach solution used to kill pathogens in drinking water, is a popular product in Zambia to reduce the incidence of water-borne illnesses, and approximately 80% of people have used it at some point. Charging for this effective health intervention could potentially discourage use, but by virtue of having paid for it, it is also possible that people might value the product more, increasing its use. Because it is hard to determine using observational data whether higher prices results in more product usage, or simply deliver the product to those who value it most, an experiment is needed help separate the effects. 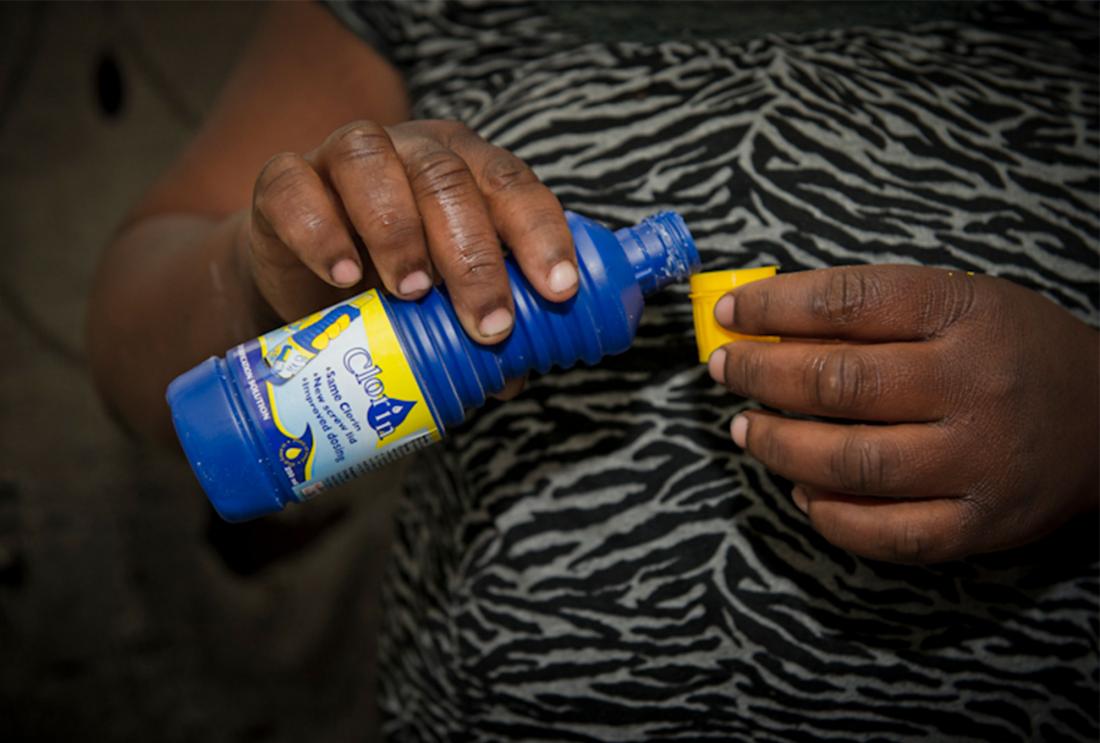 Researchers present evidence on the effect of prices on product use from a large-scale field experiment. The intervention consisted of a door-to-door sale of Clorin at a randomly chosen, below-market “offer price” to about 1,260 households with poor access to piped water or chlorine home-delivery. Clorin, retailing for about 25 cents, is inexpensive so as not to discourage use based on income. Those who chose to buy the product were then offered a randomly chosen discount, allowing for a varied “transaction price”. Researchers returned to those households and conducted a follow-up survey and chemical water test to determine how often Clorin was used.

Screening and Sunk Cost Effect: Researchers sought to find whether higher prices can help target those who would most use the product (screening effect) by seeing if, as the offer price rose, those who chose to buy Clorin had higher usage, implying higher expected benefits. Researchers also sought to determine whether higher prices resulted in a higher propensity to use (sunk cost effect). Assuming households incur a higher psychological cost if they do not use a product they have paid more for, they will be likely to use Clorin if the price was increased. Therefore, for a given offer price, a higher transaction price could lead to a stronger desire to rationalize one’s purchase through use.

Impact on Clorin Use: Researchers found that fewer people bought Clorin as the price rose; for every 1% increase in price there was a 0.67% decrease in quantity demanded. However higher prices did appear to screen out those who would not have used the product in any event, and a higher willingness to pay was associated with greater propensity to use. As the offer price increased by 10%, use increased by 4% on average among those who did buy the Clorin. No sunk cost effect was observed.

Overall, the use of chlorine does decrease with higher prices due to dampened demand, but this decline is partially offset by better targeting of the product to families who are likely to use it. Significantly, there was no evidence that higher offer prices screened out poorer or less educated households.

4 result(s)
Tricking people into being healthy
Small Changes, Big Results
A Handout, Not a Hand Up
Should Clean Water Have a Price?