Evaluating the Effectiveness of Online Sexual Education Modules in Colombia 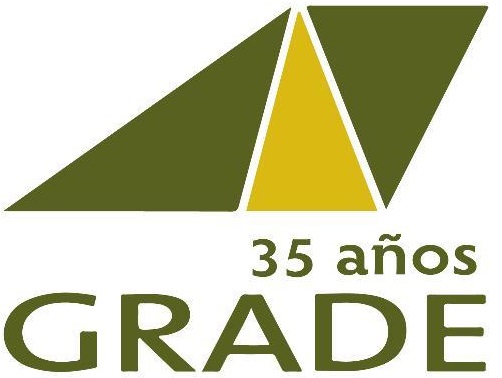 Can online sexual health education courses improve students’ sexual health knowledge, attitudes, and behavior? Do such courses also have positive effects on the peers of students who take the course? Researchers evaluated the impact of an online sexual health education course on the knowledge and sexual behavior of urban Colombian high school students. The education program led to significant impacts on knowledge and attitudes. No impacts were found on self-reported measures of behavior, but the program led to a reduction in incidence of sexually transmitted diseases among sexually active females. Additionally, the program increased the likelihood that students redeemed vouchers for condoms.

As young adults marry at older ages, they are more likely to have sex before marriage, increasing exposure to unwanted pregnancy and sexually transmitted infections (STIs). Sexual health education has subsequently become an increasingly popular tool around the world to improve sexual knowledge, attitudes, and behavior among adolescents. While most programs to date have relied on teachers and peer health educators to teach sexual health education in schools, in recent years, there has been a growing interest in the potential of information and communication technology (ICT). ICT programs may be an attractive option for sexual health education for three main reasons. First, scaling-up may be easier than with traditional teacher-based methods. Second, computer-based courses can override teacher resistance to and discomfort with the material, a serious issue in many more traditional or religious societies. Third, the anonymity and privacy of ICT programs may facilitate learning better than the uncomfortable group setting of a classroom. Given these potential benefits, ICT programs may be an attractive option for policymakers, but rigorous evidence is still needed.

In Colombia, 13.5 percent of adolescents have sex before age 15, and 60 percent have their sexual debut before age 18. Much of this sexual activity is unprotected for example, only 55 percent of sexually active females aged 15 to 17 used a condom in their first sexual encounter. Despite national legislation mandating sexual health education in Colombian public schools, education remains limited in practice for most Colombian adolescents, the lectures on anatomy during biology class cover the extent of sexual health education currently being implemented.

In response to these poor sexual health indicators and the lack of effective sexual education, Profamilia Colombia' s largest NGO focused on sexual and reproductive health designed an online sexual health education course to be implemented in Colombian public schools.

Researchers partnered with Profamilia to evaluate the impact of their online course on adolescents' sexual health knowledge, behavior, and attitudes. The study included a total 138 ninth-grade classrooms from 69 public schools in 21 Colombian cities. A third of the classrooms were randomly selected to participate in the program, while another third was randomly assigned to the comparison group and did not receive the program. The remaining third were "spillover" classrooms that did not participate in the course but were located in the same schools as the classrooms that did, allowing researchers to measure any effect of the program on participants' peers.

The online course had five separate modules covering various topics such as sexual rights, pregnancy, STIs and HIV/AIDS, and the use of contraceptives and condoms. Profamilia implemented the course over the course of an academic semester in the school's computer lab with teacher supervision. In addition, students had access to the course from any Internet-enabled computer using a password-protected account. Students were also assigned an anonymous remote tutor in the central Profamilia offices who would answer questions online related to the material individually and confidentially.

Surveys were conducted prior to the intervention to gather baseline data; one week after course completion to measure immediate impacts; and six months after the course to measure medium-term impacts. Additionally, six months after the course all students were offered vouchers for condoms from their local Profamilia clinic; researchers recorded which students redeemed their vouchers in order to deepen their understanding of the program's impact on sexual behavior.

The online sexual health education course led to significant impacts on knowledge and attitudes. Although the program had no impact on self-reported behavior, it led to a reduction in incidences of sexually transmitted diseases among sexually active females. Additionally, the program increased the likelihood that students redeemed vouchers for condoms. Notably, the impacts of the course intensified when a larger fraction of a student's friends was also treated.

Impact on Sexual Health Knowledge: The online course led to a 0.38 standard deviation increase in overall sexual health knowledge (as measured by knowledge on five different areas of sexual health) six months after the intervention. The largest impact was found on knowledge about STI prevention, where six months after the intervention students were 0.52 standard deviations more likely to correctly identify proper condom use as the safest method of reducing one's risk of contracting an STI, compared to those in the comparison group. The smallest impact was found on the identification of situations of sexual violence, as students were only 0.11 standard deviations more likely to correctly identify such situations than those in the comparison group.

Impact on Sexual Behavior: Among program students, there was no change in the number of sexual partners, frequency of sex, or virginity, providing evidence against the argument that sexual health education in early adolescence will result in increased sexual activity. On the contrary, although there was no significant improvement in sexual behavior for classrooms on average, evidence suggests that certain groups of students did start practicing safer sex as a result of the program. Among females who were already sexually active at baseline, there was a reduction of 5.2 percentage points (83 percent) in the incidence of STIs, suggesting that some of these students adopted safe sex practices as a result of the program. Finally, program students were 9 percentage points (or 52 percent) more likely than comparison students to redeem their condom vouchers, demonstrating increased demand for condoms and implying increased safe sex practices among those who participated in the course.

Spillover Effects: There was no evidence of spillovers of sexual health knowledge or changes in attitudes across classrooms; however, there was strong evidence of reinforcement effects within social networks. When a large percentage of a student's network of friends participated in the program, there were significant reductions in the frequency of sex, number of partners, and number of self-reported STIs within that network.