It is widely held that access to information is a vital component of democracy building and government accountability. A recent World Bank report1 champions information as “a tool to empower citizens in developing countries to hold their public agents accountable.” Information flows, the report argues, not only enhance democratic participation but make democracy work for ordinary people.” Meanwhile, scholars have found that correcting information asymmetries through the media promotes government responsiveness, diminishes the electoral success of corrupt incumbents, contains opportunistic behavior, and prevents widespread theft of public resources. Little is known, however, about the effect of information on voter behavior and voter choice. Does information about local governments’ performance spark participation in local elections? Are more informed voters more likely to topple governments who govern badly?

Despite optimistic views about fiscal decentralization in Mexico, local governments’ performance has remained poor. In 2008, for example, more than 80 percent of municipal governments’ resources were spent either on the bureaucracy or were unaccounted for.2 While elections should enable voters to discipline their mayors, a single-term limit is imposed on all elected officials in Mexico, putting the mayor’s immediate fate in the hands of the party and not the electorate. Further impeding voters’ ability to hold mayors accountable are widespread misconceptions about which public works and services municipal authorities are responsible for providing, as well as a lack of available information about the amount of money municipalities receive and how this money is spent. In an attempt to ensure greater municipal accountability, a 1999 constitutional reform established the Federal Auditor's Office (ASF). On a yearly basis, the ASF selects a sample of municipalities in each state to audit. The results of the audits are published in lengthy reports, which are made available online. Though public, these reports are rarely used by media or political parties in local campaigns because the release date of the reports is not aligned with the timing of elections. 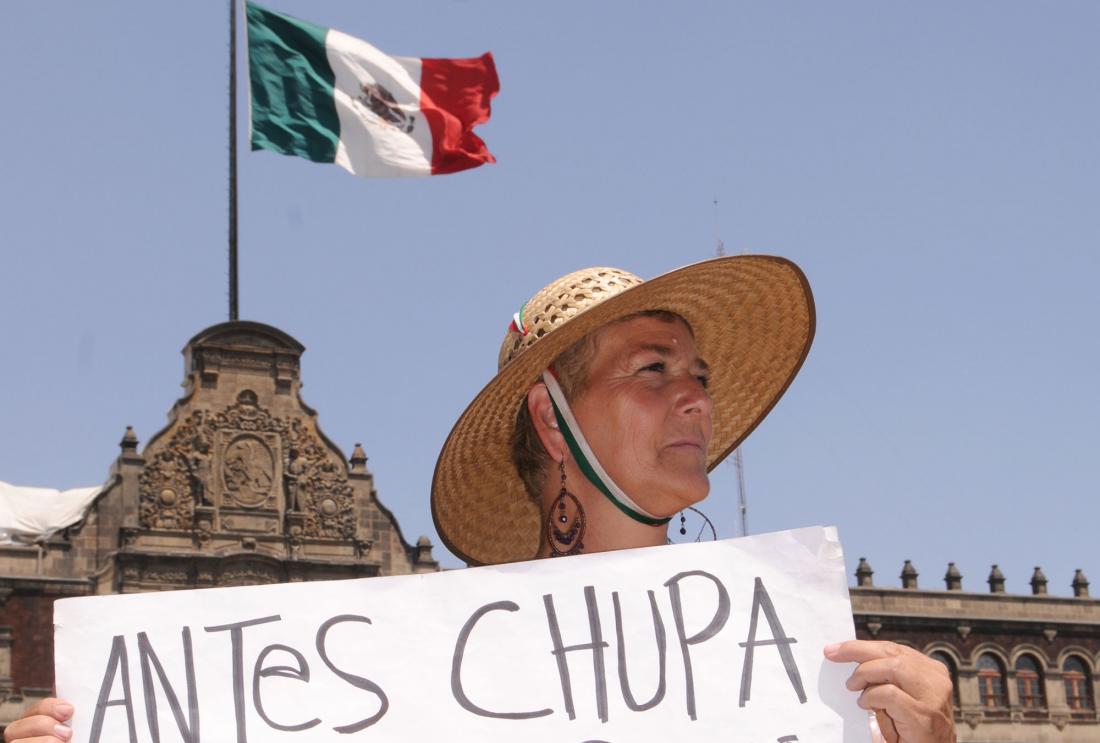 Effects of Information about Spending on the Poor: When voters were exposed to information about low levels of spending on poor areas (25 percent or less of all available funds), turnout increased by 4 percentage points. In terms of the effects of this information on incumbent party vote share, low levels of spending in poor areas corresponds to a 6 percentage points decrease in incumbents’ vote share.

Effects of Information about Corruption: When voters were exposed to information about high levels of corruption, turnout decreased by 4 percentage points (because precincts in the control group turn out at a rate of 51 percent, the effect represents an 8 percent decrease in turnout). In addition, exposure to either medium or high levels of corruption is correlated with a significant decrease in the incumbent party’s share of votes.

1 Khemani, Stuti. 2007. Can Information Campaigns Overcome Political Obstacles to Serving the Poor? The Politics of Service Delivery in Democracies. http://siteresources.worldbank.org/DEC/Resources/Khemani_CanInformationCampaignsOvercome.pdf .