Over 20,000 tons of solid waste are produced every day in Peru, most of which is dumped in waterways or informal trash heaps, making solid waste management a subject of increasing concern for the country. PRISMA, a local NGO, operates a recycling program in Northern Peru where it trains and supports workers in forming associations that collect recyclables door to door from participating households. In addition to providing the informal workers with initial tools and training, PRISMA further assists workers by canvassing the areas of operation to introduce the recyclers to the community and encourage the residents to separate recyclables from trash and participate in the recycling program. PRISMA was interested in identifying viable strategies to increase program uptake (which was 34 percent at baseline), and to keep people recycling after joining the program. 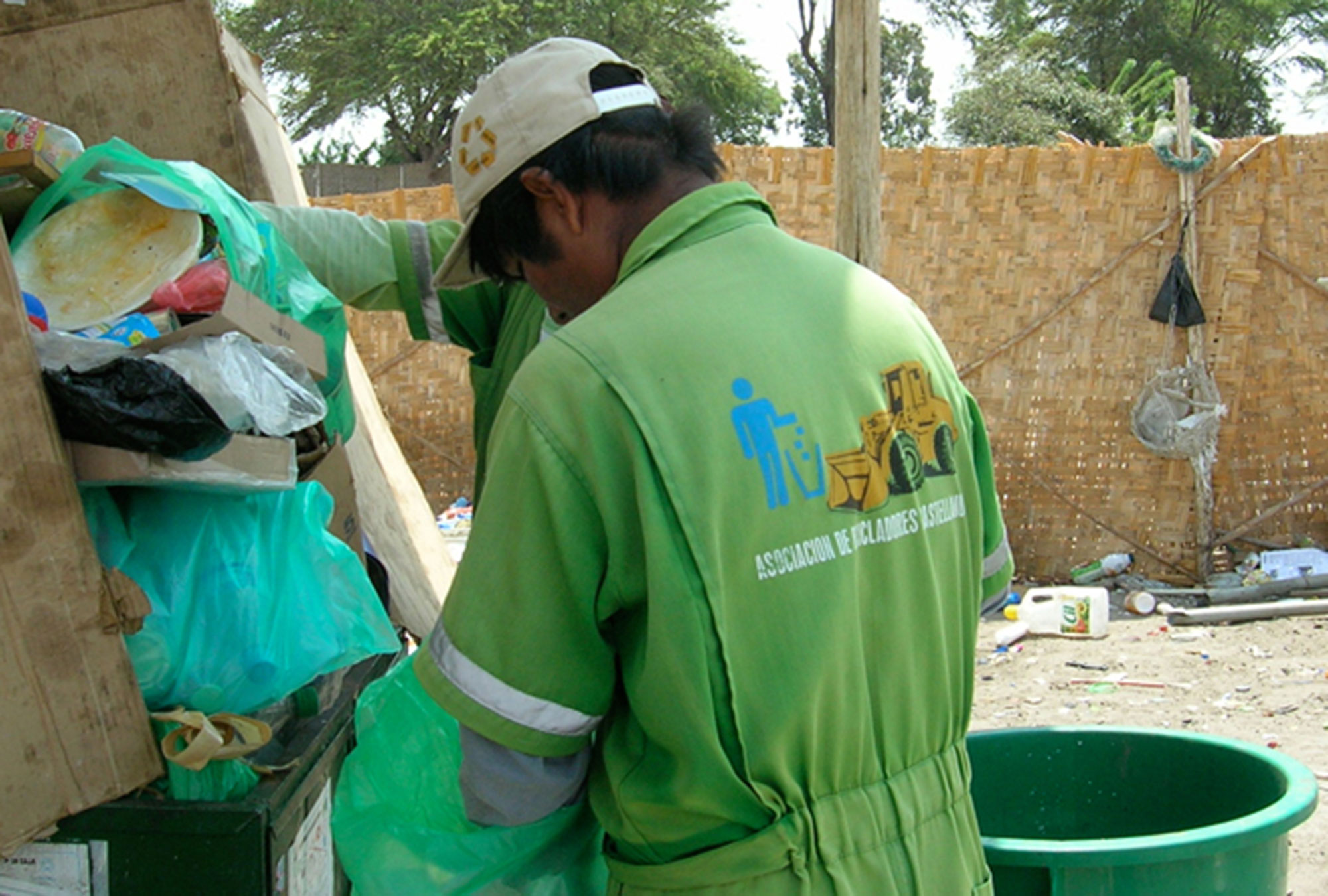 Researchers worked with PRISMA to test a series of information messages that aim to improve take-up and participation in its recycling program.

To improve program take-up by households in communities where PRISMA planned to expand the program, researchers conducted a randomized evaluation to test the impact of different messages in eliciting program participation. One week before the first PRISMA canvasser’s visit, a paper flyer was delivered with the a generic message about PRISMA’s program and one of nine specific messages eliciting pressures such as, social norm, peer comparison, conformity, authority, environmental or social benefits to increase participation. Households that owned a cell phone and were willing to share their number (about 35 percent of the sample) received text messages once a week with the specific message in addition to the flyers.

With a sample of 1,785 existing participants, researchers tested strategies to reduce program dropout and increase the amount and quality of the recyclables collected. Plastic bins were randomly distributed to households participating in the study. Some bins had a sticker specifying which items could be recycled. Household that provided cell phone numbers were randomly assigned to receive either a generic or personalized SMS reminders to recycle or to serve as a comparison group without SMS reminders. SMS messages were sent the day before the weekly visit by the recycler, for a period of six weeks. Data was collected for this component of the study over eight weeks, and included a careful measurement of the quantity and quality of recyclables received.

Results of Treatments on Program Enrollment: The results reveal no statistically significant effects from the different treatment messages. No significant impact on program take-up for the information campaign conducted through flyers alone or through flyers with text messages were found. Messages conveying social norms and applying social pressure were not successful in leveraging behavioral change. Two interpretations for this outcome are proposed by the researchers: a) these messages and norms were not relevant in this context, b) the large presence of informal recyclers operating outside of the program rendered separation of recyclables at the household level a non-issue.

Results of Treatments on Compliance: Households who received plastic bins turned in recyclables 3-8 percent more of the times and produced on average more (about 0.2 kg) and more valuable recyclables (about 0.1 pesos). This finding suggests that convenience of storing recyclables is a barrier to greater program participation.

The SMS reminders had no significant impact on the level and quality of participation of households in the program, suggesting that forgetfulness is not a serious constraints among households enrolled in the program. There was no clear difference in recycling compliance between households who received plain bins and those who received bins with explanatory stickers.