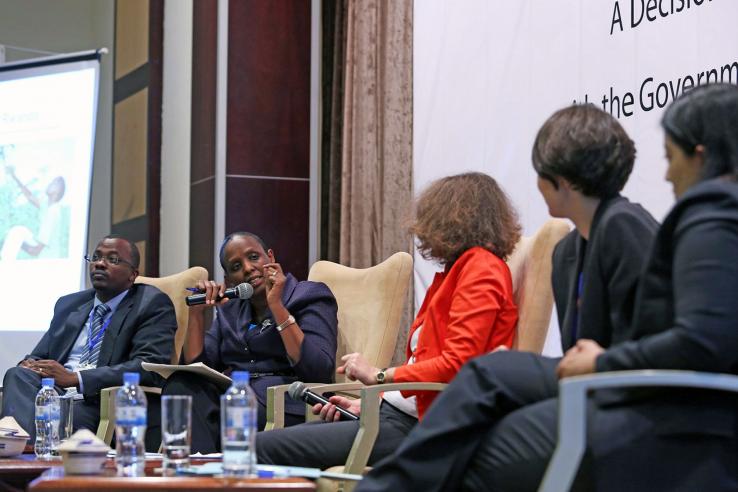 For Immediate Release, Cambridge, MA, US – Thanks to a generous grant by Community Jameel, the Abdul Latif Jameel Poverty Action Lab (J-PAL), a global research network started at the Massachusetts Institute of Technology (MIT), creates the Government Partnership Initiative (GPI) to expand work with the biggest players in social and development policy—governments—to design, evaluate, and scale up programs that aim to reduce poverty.

“The largest scale-ups in which J-PAL has been involved to date are the result of partnerships with governments, either by evaluating their programs, collaborating with them to design and evaluate innovative pilots, or working with them to adapt and implement programs already found to be effective,” says Abhijit Banerjee, the Ford Foundation International Professor of Economics at MIT, J-PAL Director and co-chair of GPI.

Since 2003, J-PAL and its affiliated researchers have worked closely with governments in a number of countries including Chile, India, Indonesia, and Kenya to generate and use rigorous evidence in policy decisions. More than 202 million people have been reached by the scale-up of programs evaluated and found to be effective, of which 167 million were reached as a result of scale-ups by governments.

“Many governments are eager to innovate and test new approaches to fighting entrenched social problems. Since GPI will quickly deploy funding for research that will help governments answer their most pressing public policy questions, we believe it will kick start partnerships that can serve as models for how researchers and policymakers can work together more effectively to address real-world problems,” notes Iqbal Dhaliwal, J-PAL Deputy Director and GPI co-Chair.

In the coming months J-PAL and its affiliated researchers will be partnering with governments and other funding organizations to help promote this model of evidence-informed policymaking around the world.

ALJCI, which supports GPI, is the corporate social responsibility arm of the ALJ Group, the largest independent distributor of Toyota and Lexus vehicles in the world. Mohammed Abdul Latif Jameel, President and Chairman of ALJ and ALJCI, earned his SB in civil engineering from MIT in 1978. He is a dedicated supporter of research initiatives at MIT.

“We are extremely grateful to Mohammed Jameel for his continued support of J-PAL. It has been instrumental in our growth and success,” says Esther Duflo, the Abdul Latif Jameel Professor of Poverty Alleviation and Development in the MIT Department of Economics and J-PAL Director. “This new funding will allow us to greatly increase our collaboration with governments, who have the power to reach and improve the lives of the poor on a massive scale.”

The Abdul Latif Jameel Poverty Action Lab (J-PAL) was established in 2003 as a research center at MIT’s Department of Economics. Since then, it has built a global network of 117 affiliated professors and regional offices in Africa, Europe, Latin America and the Caribbean, North America, South Asia, and Southeast Asia. J-PAL’s mission is to reduce poverty by ensuring that policy is informed by scientific evidence. It does this by working with governments, non-profits, foundations, and other development organizations to conduct rigorous impact evaluations in the field, policy outreach to widely disseminate the lessons from research, and building the capacity of practitioners to generate and use evidence. Over 202 million people have been reached by the scale-up of programs evaluated by J-PAL and found to be effective. Find J-PAL on Twitter, Facebook, and YouTube.