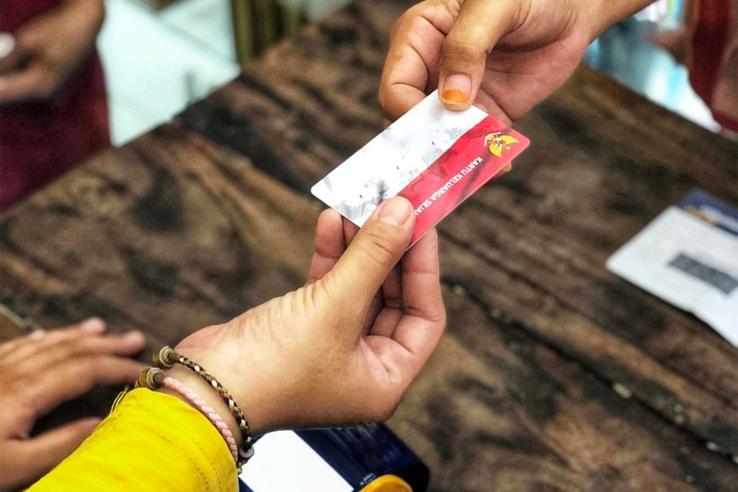 This blog was originally posted on The Devpolicy Blog.

Governments across the developing world have continued to expand their anti-poverty programs to lift millions of people out of poverty. In Indonesia today, the country’s social safety net programs assist more than 90 million individuals.

Indonesia, like more than 60 other countries, has shifted its anti-poverty strategy over the past two decades, gradually moving from subsidising basic commodities such as food and electricity to targeted assistance programs for the poor. Recent research from Indonesia and Peru has shown that effectively targeting social safety net programs to those who need it most can result in substantially higher welfare gains than universal programs.

For the past decade in Indonesia, J-PAL affiliated researchers, together with government agencies and J-PAL Southeast Asia, have been working to generate policy-relevant evidence using randomised evaluations (RE) to understand the causal impact of anti-poverty programs. This blog summarises what we have learned.

Determining who is eligible to receive assistance and how recipients are identified are two critical questions the government must answer to determine the success of targeted programs. Across many low- and middle-income countries where household incomes are difficult to track, there are three main approaches used to identify program beneficiaries:

In Indonesia, two different randomised evaluations were conducted to understand which of the three targeting methods was most effective.

In the first evaluation, researchers compared the PMT method, community-based targeting, and a hybrid of the two. Results indicate PMT had a lower targeting error by 10 percent, meaning it more accurately captured eligible households. However, community targeting, though slightly less accurate, improved program transparency and citizens’ satisfaction with the program.

The evaluation also addressed government concerns, like whether different targeting methods would change household behavior – for example, if households are aware that they are being ranked based on the assets they own, they might purposefully reduce their assets to secure their eligibility and thus compromise the accuracy of the test.

When the researchers tested this, together with the National Team for the Acceleration of Poverty Reduction (TNP2K) and the Central Bureau of Statistics, they found no evidence that television sales declined, and found that poverty targeting questions did not seem to distort overall household consumption.

Transparency and accountability between government and citizens are critical for effective service delivery. In 2013, J-PAL affiliates, with TNP2K and the Ministry for National Development Planning (Bappenas), evaluated an innovation to improve the transparency of one of Indonesia’s largest and longest-running food assistance programs, Rice for the Poor (Raskin).

Despite its longevity, the program encountered serious challenges related to leakages: beneficiaries were only receiving about a third of the subsidies for which they were eligible. Rigorous research showed that distributing identification cards that informed recipients of their eligibility and the amount of benefits they were eligible for improved take-up of the subsidies by 26%, and led to a nationwide scale-up that reached 15 million households. This innovation has since been incorporated across other national programs, such as the Scholarship for Poor Students (Bantuan Siswa Miskin/BSM).

Today, there are many open questions on the relative effectiveness of different types of targeted programs. There have been many randomised evaluations that have tested the impact of cash transfers, vouchers, and in-kind support, but only three have compared them to each other, and they are not yet tested at scale.

With results of these comparisons forthcoming, researchers are currently working to assess the impact of Indonesia’s new effort to transform Raskin’s in-kind rice distribution to an electronic voucher program known as the Non-Cash Food Assistance Program in order to inform government decisions on the most effective method of implementation to reach those in greatest need.

The JPAL evaluations mentioned above have been supported by the Australian Government (DFAT), the Royal Netherlands Embassy, 3ie, and the World Bank.

For more, see “Designing Anti-Poverty Programs in Emerging Economies in the 21st Century: Lessons from Indonesia for the World,” in the Bulletin of Indonesian Economic Studies, by J-PAL Director Benjamin Olken.