Targeted cash transfer programs have become an increasingly common tool for poverty reduction in the developing world, but identifying the people experiencing poverty can be challenging as governments often lack reliable information about incomes. Researchers in Indonesia compared the effectiveness of two methods of identifying the low-income households: a community method where villagers ranked households according to perceived wealth, and a proxy-means test which relied on measures of consumption and assets. The community methods of selecting who qualified for the cash transfer program were less accurate than proxy-means tests overall, but they greatly improved local satisfaction and better matched the low-income individual's own concept of poverty.

Around the world, governments aim to target essential social safety net programs to low-income households. One challenge low- and middle-income countries face is correctly identifying these households without reliable income data, as many people in poverty work in the informal sector and lack verifiable income records. Using unreliable information to identify eligible households can result in funds being diverted to richer households and leave fewer resources for the program’s intended beneficiaries.

To combat this problem, governments have typically selected program beneficiaries using two methods that do not require formal income records: proxy means tests (PMTs) and community-based targeting. A proxy means test predicts a household’s income by collecting simple information about the assets they own. In community-based targeting, governments allow local community members to select beneficiaries, believing that they have better information about their neighbors’ poverty levels. Yet, if elite community members use the targeting process to give transfers to their friends and relatives living above the poverty line, community-based methods could potentially increase the amount of funds diverted to ineligible households. The choice between the two approaches is generally framed as a trade-off between the better information that communities might have versus the risk of elite capture in the community approach.

Indonesia is home to one of the largest targeted cash transfer programs in the developing world, the Direct Cash Assistance (Bantuan Langsung Tunai) program. The program provided temporary assistance of about US$10 per month to help 19.2 million households cope with rising fuel prices in 2005–2006 and again in 2008–2009. It targeted low-income households using a hybrid approach in which community leaders created a list of potentially eligible households and government surveyors performed a proxy means test to check that they fell below their location-specific poverty line. Yet, in 2008, over half of all households living below the poverty line were excluded from the program. Many citizens also voiced substantial dissatisfaction with the program’s targeting method. 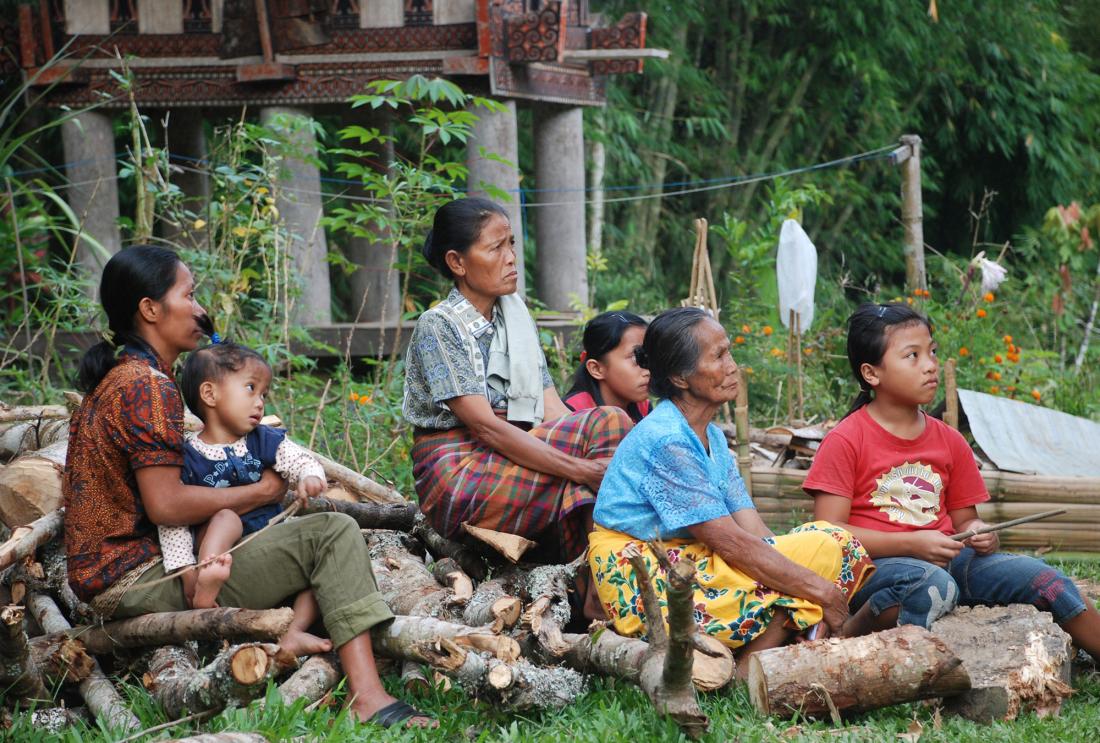 To improve the program’s targeting, researchers worked with the Indonesian Central Bureau of Statistics, the NGO Mitra Samya, and the World Bank in 2008–2009 to test the impact of three different targeting methods on targeting error, the national poverty rate, and community satisfaction. A one-time cash transfer of IDR 30,000 (Indonesian rupiah), about US$3, was provided to households that fell below location specific poverty lines in 640 sub-villages across North Sumatra, South Sulawesi, and Central Java provinces. Researchers randomly assigned the sub-villages to receive either PMT, community-based, or hybrid targeting for the cash transfer. Cash transfers were given to the poorest households identified under each method according to government-defined quotas for beneficiaries in each sub-village.

To test for elite capture, only elite community members were invited to participate in ranking meetings in a randomly selected subset of villages assigned to the community or hybrid methods, rather than the entire community. To compare targeting accuracy at the start and end of ranking meetings, researchers randomly assigned the order in which households were ranked.

Researchers conducted a baseline survey of 5,756 households in the 640 sub-villages in 2008 to collect data on their per capita consumption (a widely used measure of income in low- and middle-income countries), assets, demographics, and friend and family networks. They measured the accuracy of the PMT, community, and hybrid methods by comparing the list of households that lived on US$2 or less per day in the baseline survey to those that actually received the transfer under the three methods. They defined location specific poverty lines in terms of purchasing power parity (PPP) dollars, which adjust for differences in the price of goods and services within and across countries.

During the baseline survey, researchers also collected subjective measures of poverty by asking households to rank their neighbors from poorest to richest and to assess their own poverty level. Finally, after cash transfer beneficiaries were selected, researchers collected data on community satisfaction using suggestion boxes and household interviews.

Among the three methods, the PMT had the lowest overall targeting error.

When poverty is defined as living on US$2 or less per day, the PMT outperforms the other methods. The PMT incorrectly classified 30 percent of households, while the community and hybrid methods incorrectly classified 33 percent, which is equivalent to about a 10 percent increase in the error rate. Yet the authors project that PMTs and community-based targeting would ultimately have similar impacts on poverty if they were used to select the beneficiaries of a national cash transfer program.

The community method led to greater community satisfaction and better selected households that self identify as poor.

Rankings in community-method villages suggest communities share a concept of poverty that accounts for households’ earning potential in addition to their consumption.

Beneficiary lists from community-method villages were more closely correlated with households’ subjective assessments of their own poverty. Furthermore, community members cared about earnings potential and vulnerability rather than just consumption when ranking households from poorest to richest, ranking widow-headed households and households with less education as poorer regardless of their daily consumption level.

There was no evidence of elite capture.

Friends and relatives of elite community members were not more likely to receive a cash transfer when elites had greater control in the ranking process. This may change over time if the program is repeated, as individuals may learn to manipulate the system.

The hybrid method was less accurate than the PMT and resulted in lower satisfaction than the community method.

The proxy means test (PMT) outperformed the community-based approach in identifying who was living below a set poverty line. But the community method excelled in other areas. It produced beneficiary lists that were more in line with low-income households' own concept of poverty. Involving the community also significantly improved satisfaction with the targeting process and cash transfer program. If community satisfaction is regarded as an important outcome of a social safety net program, community-based targeting may perform better than a PMT, especially since the authors project that the two methods would ultimately have similar impacts on Indonesia’s poverty rate. While elite capture did not affect community-based targeting in this case, future research should explore whether this is true in other places or with repeated cash transfers.

Improved hybrid targeting methods need to be identified and tested.

One main benefit of a hybrid approach is that it could in principle allow the community to participate in targeting while minimizing the risk that elites might capture the targeting process. Since elite capture was not a problem in this one-time cash transfer, the hybrid method did not decrease targeting error. It also did not significantly improve community satisfaction, perhaps since communities were able to influence only the preliminary beneficiary lists. Future research should explore how other hybrid methods can be designed to combine the benefits of proxy means tests and community-based methods. The authors of this study are currently conducting a follow-up evaluation that tests whether an improved hybrid method can increase community satisfaction and targeting accuracy.

1 result(s)
The UBI Debate: What We Know – and Don’t Know – About Universal Basic Income