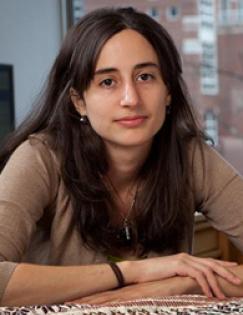 Rema Hanna is the Jeffrey Cheah Professor of South East Asia Studies and a Co-Director of the Evidence for Policy Design (EPoD) research program at the Center for International Development, Harvard University. In addition, she’s the Scientific Director for Southeast Asia at the Abdul Latif Jameel Poverty Action Lab (J-PAL), a Research Associate with the National Bureau of Economic Research (NBER), an affiliate of the Bureau for Research and Economic Analysis of Development (BREAD), and a faculty affiliate at the Harvard Center for Population and Development Studies. Professor Hanna is particularly interested in understanding how to make government services “work” for the poor in developing countries. She has worked on large-scale field projects with governments and non-profits to understand how to improve safety net systems, reduce bureaucratic absenteeism, and reduce corruption.

Professor Hanna holds a PhD in Economics from MIT and a BS in Public Policy from Cornell University. Prior to joining the Kennedy School, she was a faculty member at New York University.

31 result(s)
Spend Fossil-Fuel Subsidies on Pandemic Relief and the Poor
Cushioning the poor from the COVID-19 shock
The Myth of Welfare Dependency
Pollution by the Numbers
For food-aid recipients, information is power
Implementation ups and downs: Monitoring attendance to improve public services for the poor in India
BISP to collaborate with MIT to strengthen evidence based policy making
The devil is in the details: The successes and limitations of bureaucratic reform
Strengthening safety nets for the poor
The myth of welfare's corrupting influence on the poor
Cash transfers to Indonesia's poor don't discourage work
These cheap, clean stoves were supposed to save millions of lives. What happened?
Clean break
Hanna to serve as Scientific Director at new J-PAL office in Indonesia
Smokeless Stoves, Girl-Friendly Schools, and the Bloc That Wasn’t
Clean Cookstoves Must Be Rethought so They Actually Get Used in Developing World
What Cookstoves Tell Us About the Limits of Technology
The Limits of Plug-and-Play Development
The Cookstove Conundrum
When Helpful Intentions Go Up in Smoke
Coming Clean on Cookstoves
‘Clean Cookstoves’ Draw Support, But They May Not Improve Indoor Air Quality
Innovation in India
Wisdom of Crowds
Handicapping Economics' "Baby Nobel", the Clark Medal
Special Report: The $25 billion question - Aid to Africa
Statistics over Stories
Joint International Graft Research Sought
Camera and Cash Pill for Truant Tutors
Perché il dibattito politico prescinde dai dati
Esther Duflo wins MacArthur Fellowship Award