What is the extent of elite capture in targeted social programs and does it justify excluding local leaders from program implementation? Researchers conducted a randomized evaluation to study the impact of elite capture in a conditional cash transfer program in Indonesia. In addition, they analyzed historical administrative data to evaluate other targeted social programs. Elite capture existed in some programs, but the welfare losses created were small, suggesting that improving administrative capabilities in targeting methods might be more effective in enhancing social assistance programs than focusing on elite capture.

Local leaders often have better information than central governments about which members of their communities should receive benefits from targeted social programs. However, governments and donors are often reluctant to devolve decision making about choosing beneficiaries to local leaders, preferring to allocate benefits based on more objective, but sometimes less precise, measures. A key reason for this reluctance is concern over “elite capture,” in which local leaders take resources intended for other beneficiaries. As a result, many programs exclude local leaders from targeting decisions and do not incorporate their local knowledge. What is the extent of elite capture in targeted social programs and does it justify excluding local leaders from program implementation?

The Government of Indonesian runs a number of household-targeted social assistance programs, with a total annual cost of over US$2.7 billion in 2009. Some of the largest targeted social programs include Raskin, which provides low-income households with subsidized rice; Jamkesmas, which provides health insurance for the poor; and Bantuan Langsung Tunai (BLT), which provided monthly unconditional cash transfers for one year in 2005 and for nine months in 2008. In 2007, the Indonesian government introduced a conditional cash transfer program, Program Keluarga Harapan (PKH), which provides direct cash to beneficiaries ranging from IDR 600,000 to IDR 2.2 million (US$67-US$250) per year for six years, conditional on family composition, school attendance, pre and postnatal check-ups, and completed vaccinations. Targeting for all four of these programs typically combines a data-based component with local input, where village elites play an important role. 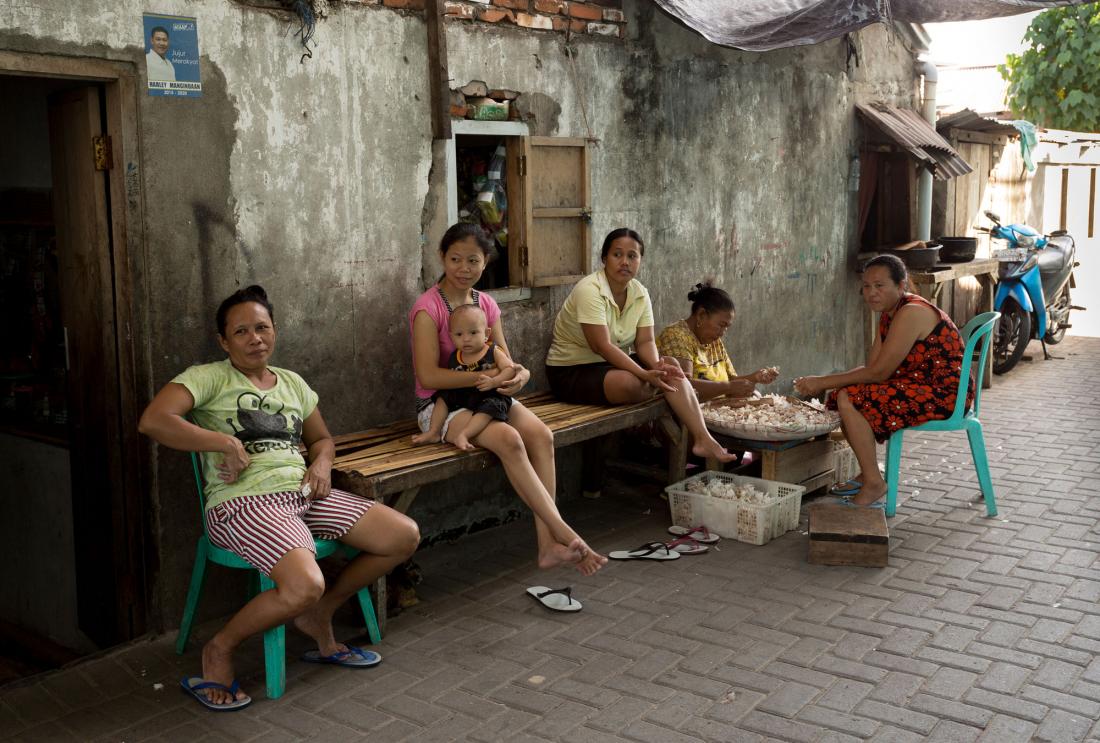 Researchers conducted a randomized evaluation to study the impact of elite capture in Program Keluarga Harapan (PKH). In addition, they analyzed historical administrative data from the Government of Indonesia to test for elite capture within Raskin, Jamkesmas, and BLT.

Working in collaboration with the Government of Indonesia, researchers randomly varied the rules for beneficiary selection for the 2011 expansion of PKH for 400 randomly selected villages in Lampung, South Sumatra, and Central Java provinces.

Researchers found little evidence of elite capture. Where it existed, it was concentrated among formal elites and did not have large effects on overall welfare. These results indicate that focusing on limiting elite capture may be less important than improving administrative practices for enhancing overall service delivery.

Types of programs subject to elite capture: Capture by formal elites occurred in programs that were targeted at roughly 40 percent of the population but did not occur in PKH, which targets the bottom 5 percent. Furthermore, elite capture was most likely to occur in villages that received more slots for programs relative to the number of low-income residents in the village. This suggests that elite capture is more likely to occur when there are additional benefits left over after addressing the very low-income households or when relatively well-off households can plausibly claim to be eligible for the program.

Impact on welfare: While elite capture existed in some programs, the quantitative and economic impact on overall welfare was small. Formal elites comprised a small share of the population (at most 15 percent), were not much richer than non-elites (about 9 percent richer), and were at most about 8 percentage points more likely to receive benefits. Researchers estimate that eliminating elite capture entirely would improve the welfare gains from these programs by less than one percent. In contrast, researchers estimate that improving administrative capabilities in targeting methods could improve program welfare gains by as much as 26 to 31 percent. These results indicate that eliminating elite capture would not improve welfare as much as improving administrative capabilities.