Conditional cash transfer (CCT) programs provide regular cash transfers to low-income households conditional on certain behaviors such as making a series of human capital investments in their young children. Researchers examined the medium-term impacts of a large-scale CCT program on health, education, and economic outcomes in Indonesia. Six years following the introduction of cash transfers, the program resulted in reductions in stunting, increased rates of childbirth in the presence of trained birth attendants, and increased school enrollment. However, while human capital accumulation increased, the transfers did not lead to transformative economic change for recipient households.

Since the 1990s, conditional cash transfer (CCT) programs have become widespread in low- and middle-income countries. CCT programs provide regular cash transfers to low-income households contingent on recipients taking up certain activities such as investing in human capital for their young children. Conditions focused on human capital typically begin before birth—prenatal care and deliveries by trained midwives or doctors are often conditions—and continue through early childhood health investments (for example, immunizations and growth monitoring) and enrollment in primary and junior secondary school.

Despite the worldwide scope of CCT programs, most existing research examines the short-term effects of these programs but fails to capture the cumulative effects that can only be observed after multiple years of program implementation. To fill this gap, researchers examined the medium-term impacts of a large-scale CCT program on health, education, and economic outcomes in Indonesia.

Despite economic growth in recent decades, Indonesia continues to lag behind on a number of health and education indicators.1 For example, as of 2015, 37.2 percent of children under age 5 were affected by stunting—a condition where children have impaired growth and development due to a range of factors, such as poor nutrition and exposure to prolonged infections.2 Stunting is thought to respond to accumulated early childhood conditions and is considered a measure of cumulative health investments during the first few years of life. Additionally, stunting is thought to be correlated with worse cognitive and economic outcomes later in life. Furthermore, rates of education participation and assisted childbirth by trained medical professionals remain low, especially among the lowest-income families.3

In response to these health and education challenges, in 2007, the Government of Indonesia introduced Program Keluarga Harapan (PKH), the country’s CCT program. PKH provides moderately sized, regular financial assistance to households that adhere to conditions that aim to improve investments in child health and education. Very low-income households with children or pregnant and/or lactating mothers are eligible to participate. 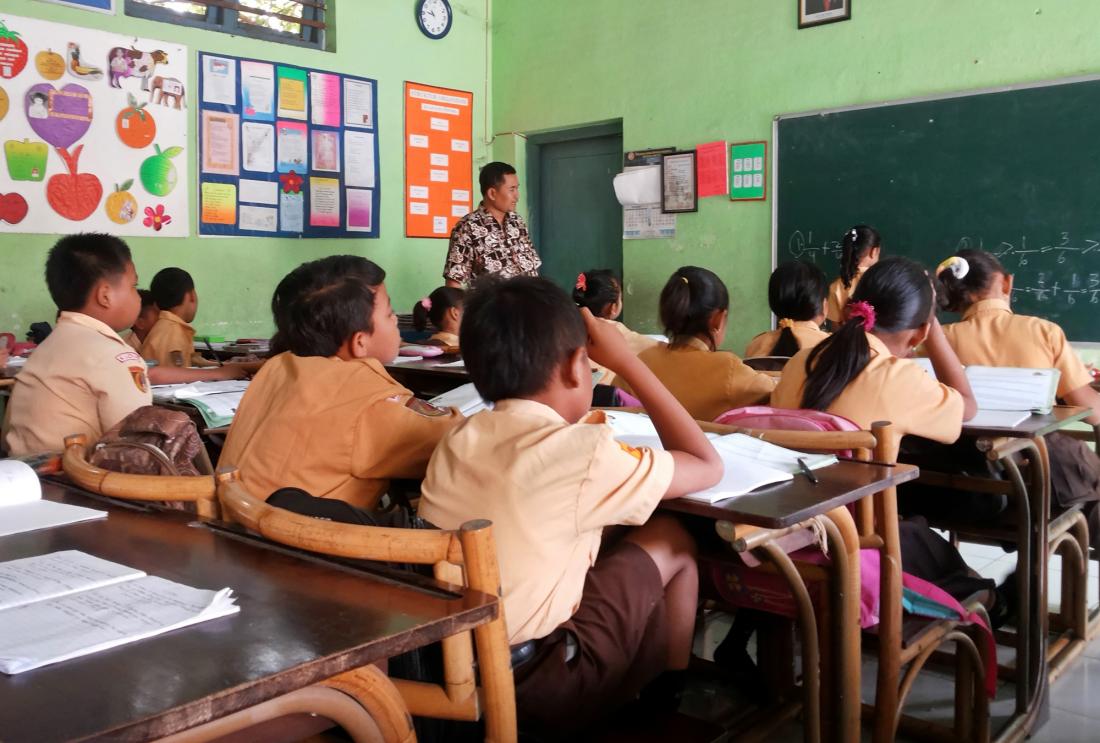 Using data from nearly 14,000 households across 360 sub-districts in Indonesia, researchers evaluated the medium-term impacts of the PKH program on health, education, and economic outcomes six years after the program’s launch in 2007.

The program targeted extremely low-income households (in approximately the bottom 10 percent of per capita consumption), determining financial eligibility using a door-to-door survey of asset and demographic questions. Households below a predetermined cutoff were deemed financially eligible. Out of the households meeting financial eligibility, only those that also met one of the following demographic requirements were kept in the program: households with a pregnant and/or lactating woman, with children aged 0 to 15 years, and/or with children aged 16 to 18 years who had not completed 9 years of basic education.

Households in the program group received quarterly cash transfers totaling between IDR 600,000 to IDR 2,200,000 (US$60 to US$220) per year depending on the age of the children—equivalent to roughly 15 to 20 percent of the household’s annual income. Women received the transfers, which were conditional on completing a range of health and education requirements (e.g., pre- and post-natal care, deliveries with trained birth attendants, regular growth monitoring, immunizations, and enrollment of children in primary and junior secondary school).

Trained facilitators visited households to verify that they met these conditions. Failure to comply with the conditions resulted first in a warning letter, followed by a 10 percent cut in benefits, and finally, program expulsion, depending on the number of violations. However, the verification system was not implemented until 2010, and even afterwards, the conditions were not always enforced.

The program later expanded such that, by 2013, it reached over 2.3 million households across 3,400 Indonesian sub-districts. However, 60 percent of the sub-districts initially assigned to the comparison group still did not receive cash transfers six years following the introduction of the program, allowing researchers to evaluate its longer-term impacts. Additionally, to analyze the longer-term trends of the CCT program, the evaluation compared the effects after six years to the results observed in a 2009 evaluation—two years following the program’s initial roll out.

Six years following the introduction of PKH cash transfers, children in households that received transfers experienced large reductions in stunting, while rates of childbirth in the presence of trained health professionals increased. The share of children ages 7 to 15 who were not enrolled in school was reduced by half. However, while human capital accumulation increased, the transfers did not lead to transformative economic change for recipient households.

However, the frequency of pre- and post-natal visits did not show further improvements after six years. This may be explained by increases in the number of comparison households utilizing these services—allowing them to essentially catch up to PKH recipient households. There was no effect after two or six years on women receiving a full set of iron pills during pregnancy. Additionally, there was no impact of the PKH program after two or six years on the percent of age-recommended immunizations completed and no increase in the number of times between the ages of 6 months and 2 years that children received vitamin A.

Health outcomes: Children aged 0 to 60 months from families who received the PKH cash transfers experienced large reductions in stunting. After six years, among children in households that received the program, stunting declined by 9 percentage points (or 23 percent reduction in the probability of being stunted) relative to the comparison group, where 39 percent of children were stunted. The program also reduced severe stunting by roughly 10 percentage points (or 56 percent reduction) relative to the comparison group mean of 18 percent. The effect was slightly larger among boys than girls. The PKH program had no impact on stunting or severe stunting after two years. There were no impacts on malnourishment after two or six years.

Educational enrollment and attendance: After six years, researchers observed increases in school enrollment for children aged 7 to 15. The program increased enrollment by 4 percentage points, a 4.3 percent increase from the comparison group mean of 92.4 percent, which represented a 53 percent decrease in the fraction of students who were not enrolled in school. This effect was slightly smaller from what was observed at two years—a 6.4 percentage point increase in enrollment, which represented a 66 percent decline in the nonenrolment rate—though the decline from two years to six years post-launch was due to an increase in enrollment in the comparison group rather than a decrease in the program group. Students aged 15 to 17 who received the program were 10.5 percentage points more likely to attend any kind of school after six years, a 17 percent increase from the comparison group mean of 62 percent. The PKH program had no impact on the likelihood that students aged 15 to 17 were enrolled in any kind of school after two years.

The lack of impact on households’ consumption, employment, and assets suggests that the additional help the PKH program provided did not directly reduce poverty for those currently in the program. Rather, because the results show that the PKH program helped low-income households make investments in their children’s health and education, an important part of the economic gains of CCTs could be more indirect, coming from reductions in the intergenerational transmission of poverty as a result of increased human capital.

1 result(s)
The Myth of Welfare Dependency