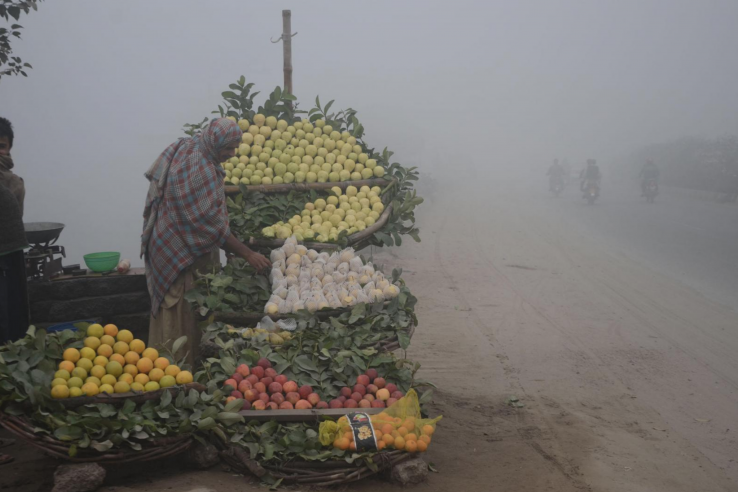 This Earth Day, amid the coronavirus pandemic, the connections between our health and well-being and that of the planet are more present than ever. COVID-19 and climate change share the dubious distinction of taking the greatest toll on the world’s most vulnerable.

This includes people living in extreme poverty who will feel the economic aftershocks of the pandemic for months or even years to come. Climate change, too, will disproportionately harm people experiencing poverty, and threatens to undo decades of progress in poverty alleviation and improvements in human well-being. By 2030, the World Bank estimates that changes to the climate will push more than a 100 million additional people below the poverty line.

Without significant investment in evidence-based climate change adaptation and mitigation, these challenges will only grow more insurmountable.

The nexus of climate change and poverty

These are not future doomsday predictions. Many people experiencing poverty around the world already grapple with the consequences of a changing climate, in many cases because they live in geographies that are hardest hit.

For instance, smallholder farmers now face more intense and frequent weather events, like drought and flooding. Lower crop yields drive up food prices and food insecurity—a toll for the poor who spend more than half of their incomes on food.

While poised to bear the brunt of climate damages, the poor have far fewer resources to adapt. Without adaptation, climate change poses an existential threat to livelihoods and well-being.

Millions will be forced to migrate due to extreme weather. 2017 saw more people forcibly displaced around the world than any previous year. Extreme weather events—flooding, fires, droughts, and intensified storms—accounted for one-third of all displacements.

The Climate Impact Lab estimates that rising temperatures will kill more than 1.5 million more people in India alone by 2100. Those who can afford air conditioning in the face of extreme heat will use it, and global energy demand for cooling is projected to triple by 2050. In warmer countries like India, where average high temperatures in the summer will reach at least 95 degrees, it could grow five-fold.

It is the most vulnerable who will suffer the most. Air conditioners in the face of extreme heat and other technologies to cope with climate shocks may not be affordable or accessible. Even for those who can afford air conditioning, connections to the electrical grid will be unreliable and may even further exacerbate emissions contributing to climate change.

The global climate and energy challenge

While it is clear that people experiencing poverty will disproportionately bear the burden of climate change, policy responses to reduce emissions and build resilience present far more of a trade-off.

On one hand, economic growth—much of which will be fueled by the very fossil fuels driving the climate crisis—is urgently needed to lift people out of poverty. On the other hand, those who need growth the most have the most to lose in the face of climate change and the fewest resources to adapt.

As echoed by our collaborators at UC Berkeley’s Center for Global Effective Action, this trade-off is becoming ever more salient and consequential, especially against the backdrop of the pandemic and ensuing economic downturn.

Within the next 10 to 15 years, leaders in the public and private sector must take significant action to avoid the worst climate scenarios.

Yet, rigorous evidence on what approaches are most effective, let alone use of evidence from impact evaluations in climate decision-making, is still limited. Decisions about whether to invest in programs and policies are often based on projected impacts, as opposed to the performance of these approaches tested in the real world through impact evaluations.

When it comes to tackling climate change, we’re short on time—and short on evidence of the right approaches.

J-PAL’s global network of affiliated researchers, staff, and many policy partners has helped catalyze a culture of scientific evidence use for poverty alleviation and international development. Since 2010, our Environment, Energy, and Climate Change sector has been applying this same scientific approach to identify effective policies and programs at the intersection of climate change and poverty alleviation.

More than 40 randomized evaluations have tested policies and programs aimed to reduce further carbon emissions and help the most vulnerable avoid damages from climate change.

The opportunities for rigorous impact evaluations in climate change are growing, alongside growing public and private commitments and resources to act. Together, these can help policymakers learn which approaches are effective, where, and why to direct limited resources for climate change to solutions that have the greatest impact.

COVID-19 foreshadows the scale of the unprecedented threats we face, be it pandemics or climate change, and the need for resilience on a global scale.

Innovations in measurement and groundbreaking partnerships between researchers and policy partners are pushing the frontier of impact evaluations in climate change to generate the evidence we need to reduce climate damages and build societies that are more resilient in the face of it. We look forward to showcasing how J-PAL’s global network is building a culture of evidence use at the nexus of poverty alleviation and climate change.

Stay tuned for more highlights of our work around the world to measure the impact of climate change policies and programs, and build resilience in the face of global threats.

How can we improve access to reliable, affordable energy while protecting our environment and climate? 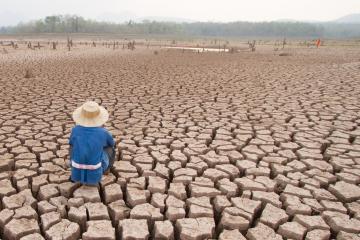 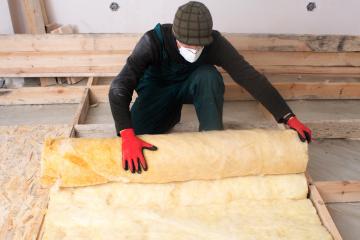